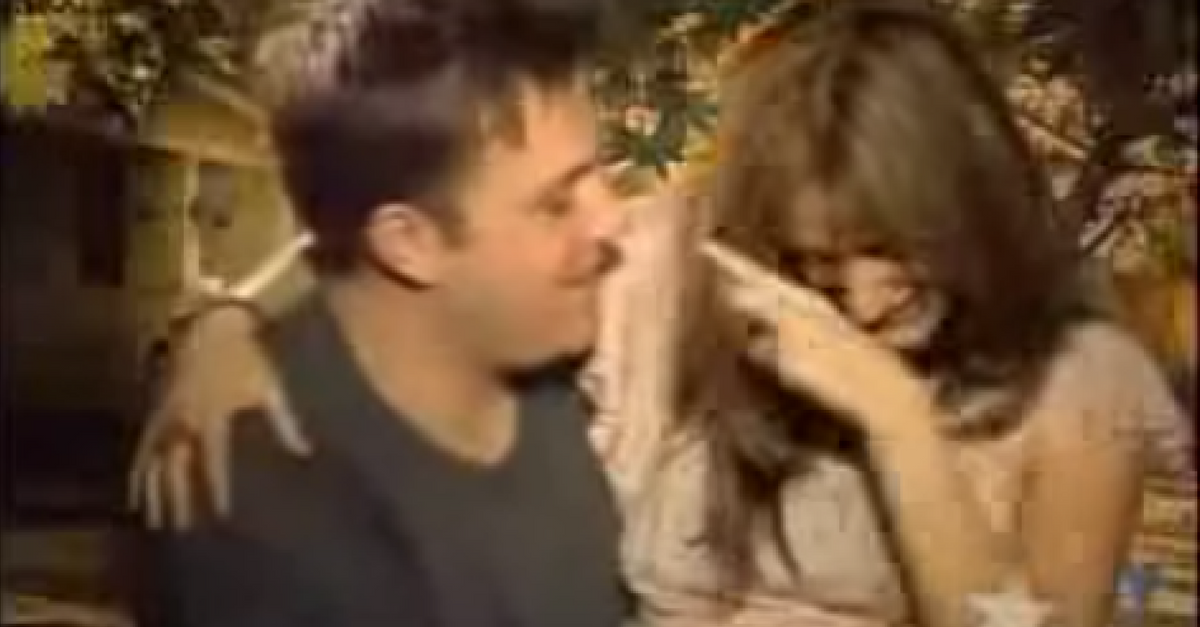 In the wake of sexual assault allegations against reviled movie producer Harvey Weinstein, those in Weinstein’s professional orbit are falling under public scrutiny.

One of those people is actor Ben Affleck, who despite issuing a statement condemning Weinstein’s admitted behavior, has been accused of his own sexual misconduct. After actress Hilarie Burton claimed Affleck groped her while she was working as an MTV VJ, a 2004 interview featuring Affleck began circulating on social media. Affleck has since apologized to Burton.

But writers Jensen Karp and Marlow Stern are bringing attention to a 2004 junket interview from when Affleck was promoting the Kevin Smith film, “Jersey Girl.”

“Why am I the only one who knows this INSANE disgusting Ben Affleck interview exists?” Karp asked on Twitter.

The video in question is an interview with TV presenter Anne-Marie Losique. In parts of the interview, Affleck puts his arms around Losique, asks her about her cleavage, and wonders if she is better off doing their interview topless.

“You usually show a lot more cleavage than this, what’s the story? Why are you covering it up today?” Affleck asks Losique at the top of the clip.

RELATED: When Bill Cosby met Sofia Vergara, he was creepy in a way you need to see to believe

“It’s Sunday morning? That never stopped you before from getting the titties out. Who you trying to fool — Sunday morning? You can be in church, you should have that rack on display.”

Affleck then tells Losique that she should work at the FOX station in Los Angeles, because there was a pole for her to dance on there.

Why am I the only one who knows this INSANE disgusting Ben Affleck interview exists? https://t.co/H2S8QqUvea

Over the last decade, the interview has resurfaced several times in the form of blog posts and Internet comments, most recently during Affleck’s promotion of “Batman v Superman: Dawn of Justice.”