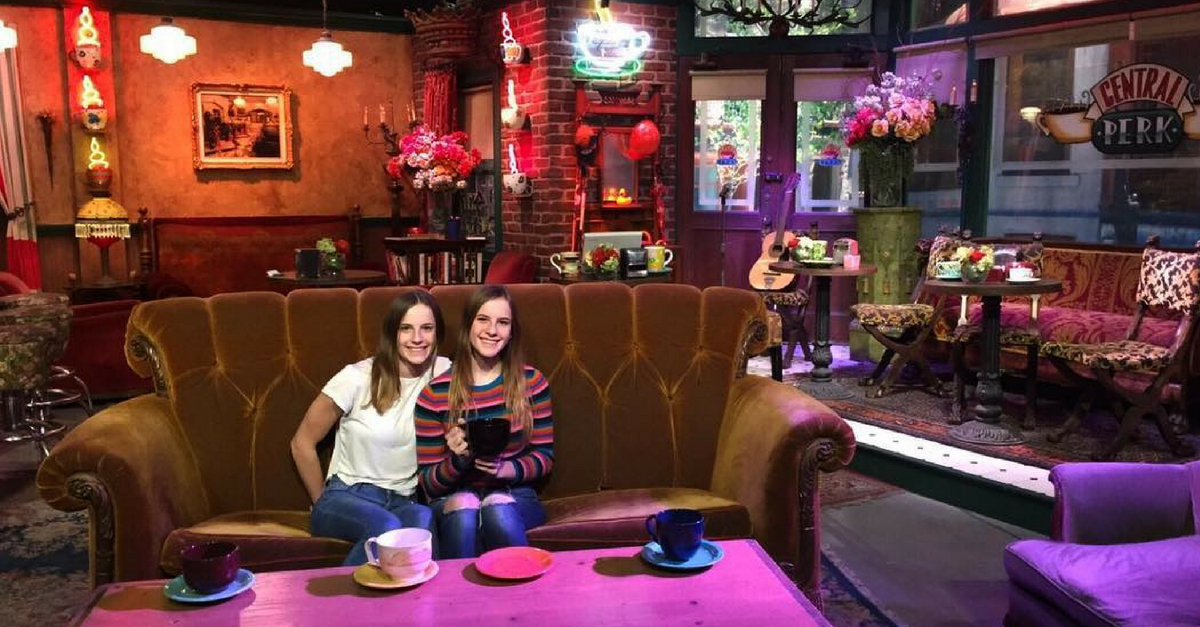 Are you ready to feel really old? Because that’s exactly what I felt after I found these pictures circulating around Instagram. It nearly gave me a minor heart attack. One because I felt like Friends pretty much ended yesterday, and two, because I realized it had been more than 14 years since it stopped airing. (Thank you for the re-runs Netflix!) I lived for Chandler’s awkwardness and Joey’s endless amount of flirting, of course, but what always stuck with me the most was Rachel and Ross’ relationship. Especially after they had baby Emma. Which is why we are here.  Remember little Emma? Yes, that baby Emma who liked Big Butts and Joey’s hugsy?

Get ready to be shocked, because here she is today.

Yes, Emma Gellar Green a was actually played by identical twin actresses Noelle and Cali Sheldon in 2003, until the end of the show a year later. They recently turned 16 years old, and my gosh- I have never felt so old. Cali and Noelle celebrated their birthdays by sharing sweet Instagram messages to each other on social media.

The twins tapped into their Friends roots when they visited the remnants of the set at Warner Brother Studio in Los Angeles, last November. The two posed outside the Central Perk sign where, let’s be honest, Emma would be if the show was still running. And although the main actors, especially Jennifer Aniston and David Schwimmer have been known to stay in the spotlight, these twins prefer a much subtle life.

Read More: Brits are finally seeing “Friends” for the first time — and they’ve got tons of questions

Still, it’s crazy to think these two starred in one of the most viewed shows in the world. According to Netflix, there are 16 million viewers for each season of Friends. Safe to say Friends binges are essential in anyone’s day-to-day life. Yet, according to an interview they did with Bustle, the pair doesn’t quite remember their time on the show.

I mean, they were 2, nobody remembers what they did at 2 years old. Thank God for streaming sites, huh? Fun Fact: the duo was actually not allowed to watch the show until they turned 13. The girls stated this was due to several episodes having a heavy amount of adult stories, which is totally understandable. Parental consent at its finest!

Since Friends, the pair have starred in short films here and there, but they have recently been cast in their first movie together. The movie is being produced by Academy Award Winner Jordan Peele, and stars Elizabeth Moss, Lupita Nyong’o and Winston Duke. In case you don’t know who Peele is, the director and writer won the 2018 Oscar for Best Original Screenplay, as well as critical and commercial acclaim for his directorial debut Get Out. Although the plot details for “US” are still unknown, it has been described as a “social horror-thriller”, and is said to be released in March 2019.