Actor and comedian Adam Sandler was put on blast after he appeared to repeatedly make an otherwise friendly gesture to actress Claire Foy during a recent appearance on “The Graham Norton Show.”

As he was telling a story, Sandler repeatedly placed his hand on “The Crown” actress’s knee, which caused her to look rather uncomfortable. At one point, Foy placed her hand on top of his to show that she was aware his hand was on her knee and he quickly moved it.

RELATED: Another actress accuses George Bush Sr. of groping her after giving himself dirty nickname

Fellow guest Emma Thompson appeared confused by Sandler’s actions as he once again placed his hand on Foy’s knee while continuing the story. Throughout the entire interview, he appeared unaware of what he was doing despite the fact that Foy and Thompson both seemed uncomfortable.

The incident caused quite a stir on social media against the background of sexual harassment and assault headlines coming out of Hollywood in the aftermath of allegations about high-profile producer Harvey Weinstein’s predatory behavior.

Fans were quick to make similar statements about Sandler’s behavior on Twitter.

Sandler’s rep told Page Six that his behavior was nothing more than a “friendly gesture.”

Foy later came to Sandler’s defense and said she was not offended by him in any way.

“We don’t believe anything was intended by Adam’s gesture and it has caused no offense to Claire,” Foy’s spokeswoman told The Daily Mail following the interview. 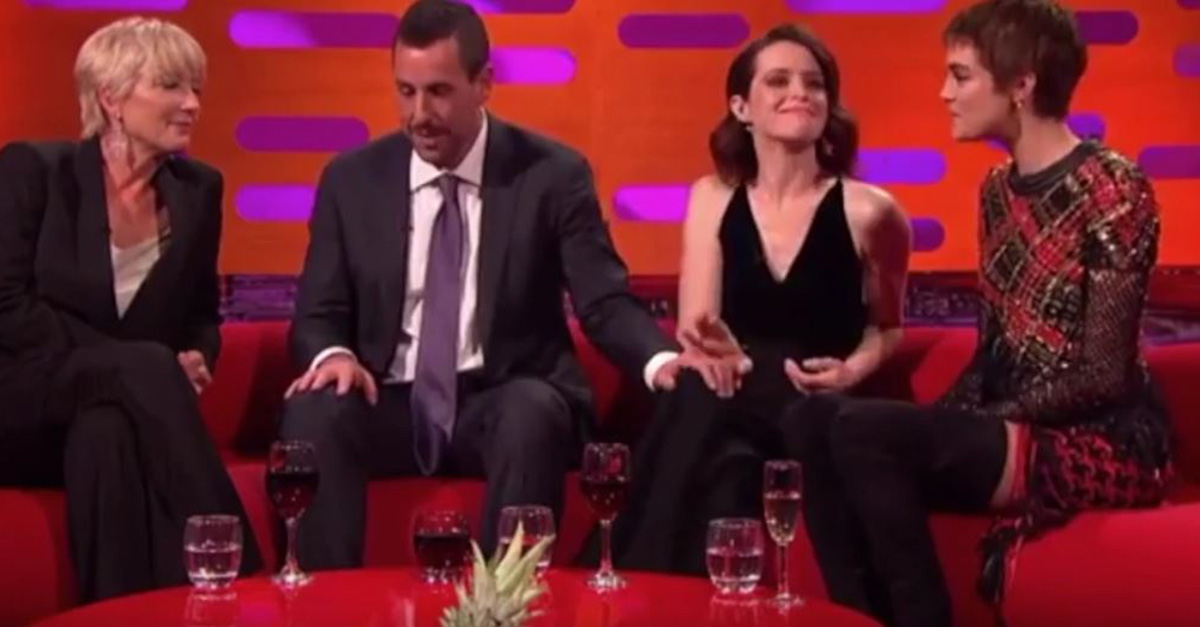