Paris Jackson spent her Thursday enjoying some time at Joshua Tree in California and getting in some topless yoga.

“If only every morning could be like this,” the daughter of Michael Jackson captioned a photo of her topless on Instagram.

“Recalibration,” she captioned another snap of her visibly topless sipping on some tea.

The model has often spoken about being a free spirit and has been unabashed when it comes to sharing other revealing photos with her fans. When met with criticism, Jackson has defended showing off a little skin on social media by saying, “Being naked is part of what makes us human.”

The King of Pop’s daughter is also promoting body positivity and diversity in the modeling and fashion industry, having said, “Unfortunately in the world we live in it’s almost impossible to feel comfortable in your skin 24/7. Especially with what the media is constantly feeding us. I still have countless insecurities and fears, like everyone else I know. But we’re getting there, slowly but surely. Which is a big reason I want to change this fashion / beauty stigma, so it’s not as difficult for people around the world to feel beautiful just the way they are.” 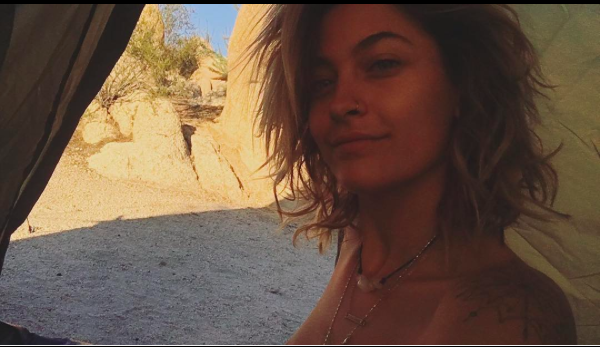