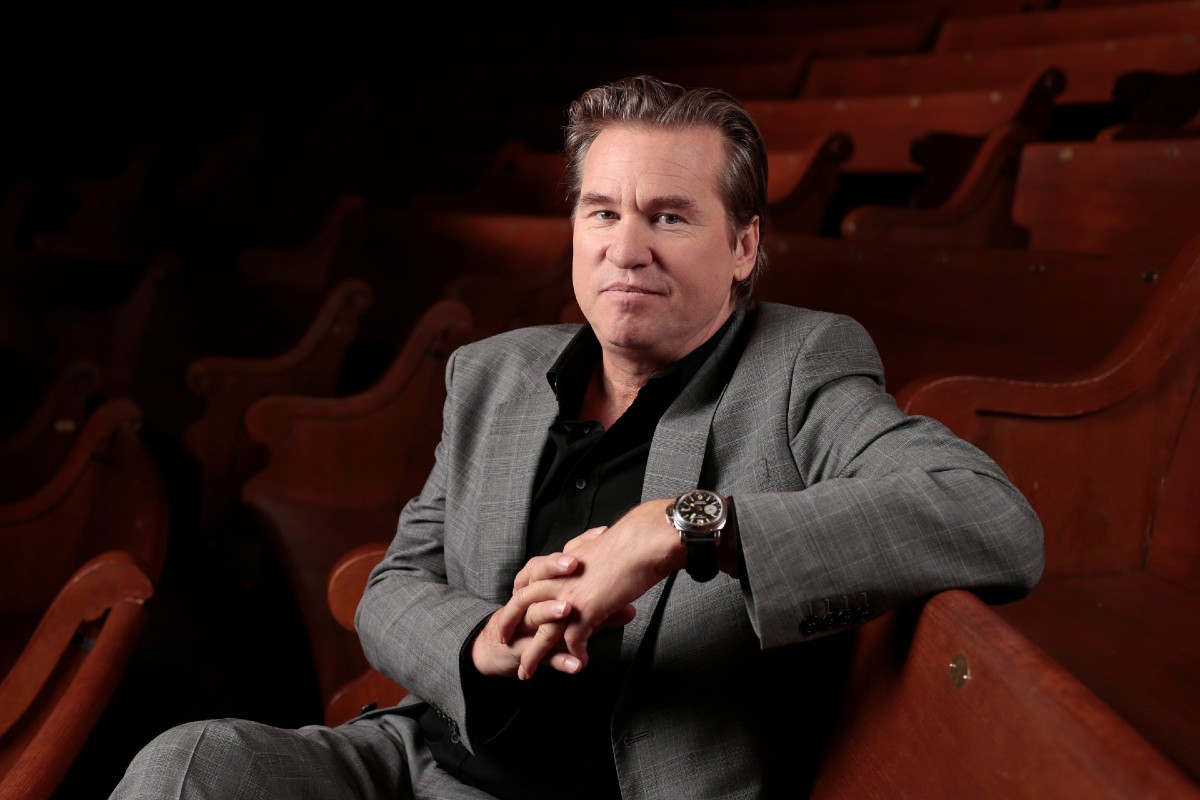 With his emerald green eyes and a chiseled jawline, a turbulent love life, and an impressive roster of box-office hit roles, Val Kilmer was the ultimate Hollywood heartthrob,  on paper, anyway. Behind his handsome face, the American actor’s life has been marred by hardship and controversy. In this article, we try to answer the question, ‘who is Val Kilmer really‘, by looking at his early years, career, struggles with cancer, and net worth.

Val Kilmer: How It All Began

Val Kilmer was born in Los Angeles, California, in 1959. His early life included a series of challenges and tragedies, including the divorce of his parents and the drowning of his younger brother. He began acting in Chatsworth high school (alongside fellow student Kevin Spacey) before being accepted into the Hollywood Professional School at Juilliard School in New York City. At the time, he was the youngest person ever to be accepted into the drama division.

Kilmer kicked off his career performing in plays in New York. In 1983, performed in an off-Broadway production of the play Slab Boys alongside Kevin Bacon and Sean Penn. In 1984, Kilmer landed his first movie role as a spy in the comedy movie, Top Secret! Kilmer would go on to play supporting roles in movies like Real Genius and Top Gun before landing the lead role as Jim Morrison in Oliver Stone’s movie, The Doors. Kilmer was so devoted to capturing Morisson’s multilayered personality, he had to go to therapy after the film ended because he couldn’t shake his character.

After The Doors, the actor would go on to star in Doc Holiday and True Romance before landing the lead role in Batman Forever. Around this time, Kilmer had become notoriously difficult to work with, famously feuding with Michael Apted while filming Thunderheart and Joel Schumacher while shooting Batman Forever. During the late 1990s, Kilmer appeared in a number of forgettable movies, including The Saint, At First Sight, and Joe the King. He also voiced the role of Moses in the animated film, The Prince of Egypt.

Kilmer kept acting in movies across many different genres, including the science fiction flick ‘Déjà Vu’, the comedy, MacGruber, and the horror movie Twixt. The versatile actor even played Mark Twain in Tom Sawyer & Huckleberry Finn. He took a brief break from Hollywood to work on a one-man show. He returned with roles in the movies Song to Song and The Snowman in 2017. Most recently, Kilmer revived his role as Iceman alongside Tom Cruise’s Maverick for the sequel to Top Gun, which is scheduled for a 2020 release.

In January 2015, Kilmer revealed that he’d been diagnosed with throat cancer. The actor underwent surgery followed by chemotherapy and radiation that “zapped my whole throat, and it’s still dry as a bone”. In a 2020 interview with The New York Times, Kilmer said he is no longer suffering from cancer but continues to feel the effects of the radiation and chemotherapy. He maintains that while the medical procedures caused damage, his own prayers were more effective in his healing: “I prayed, and that was my form of treatment.”