Venus Williams was brought to tears during a recent press conference while discussing a fatal car crash she was involved in.

According to TMZ, Williams was doing a presser at Wimbledon when a reporter asked her about her involvement in a Florida car accident that left an elderly man dead.

“I am completely speechless,” she said, fighting back tears. A moderator then jumped in and reminded the room that she is unable to further comment on the details of the crash.

RELATED: After revealing her own brain cancer diagnosis, Maria Menounos and her mom thanked fans for their prayers

Williams is reportedly now being sued for wrongful death by the family of 78-year-old Jerome Barson. Barson’s wife, who was driving the car at the time of the incident, told police she was approaching an intersection in Palm Beach Gardens, Fla., on June 9 when Williams’ SUV ran into the intersection. The woman claims she had no time to stop and T-boned Williams’ vehicle.

Barson was taken to the hospital following the accident and died in the ICU two weeks later. 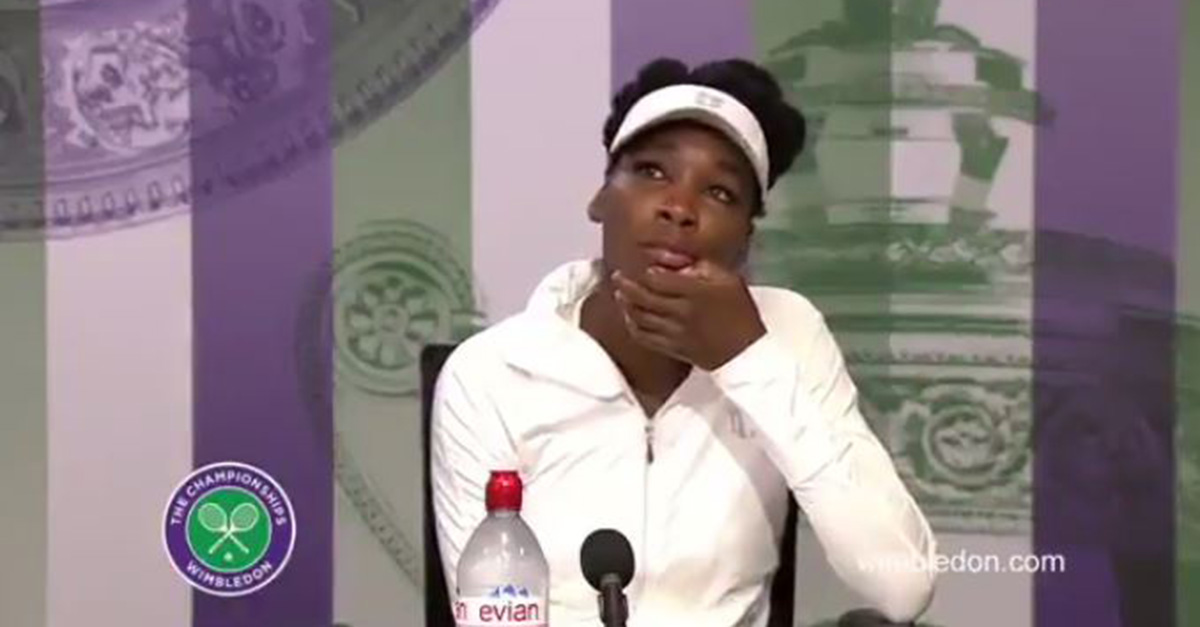