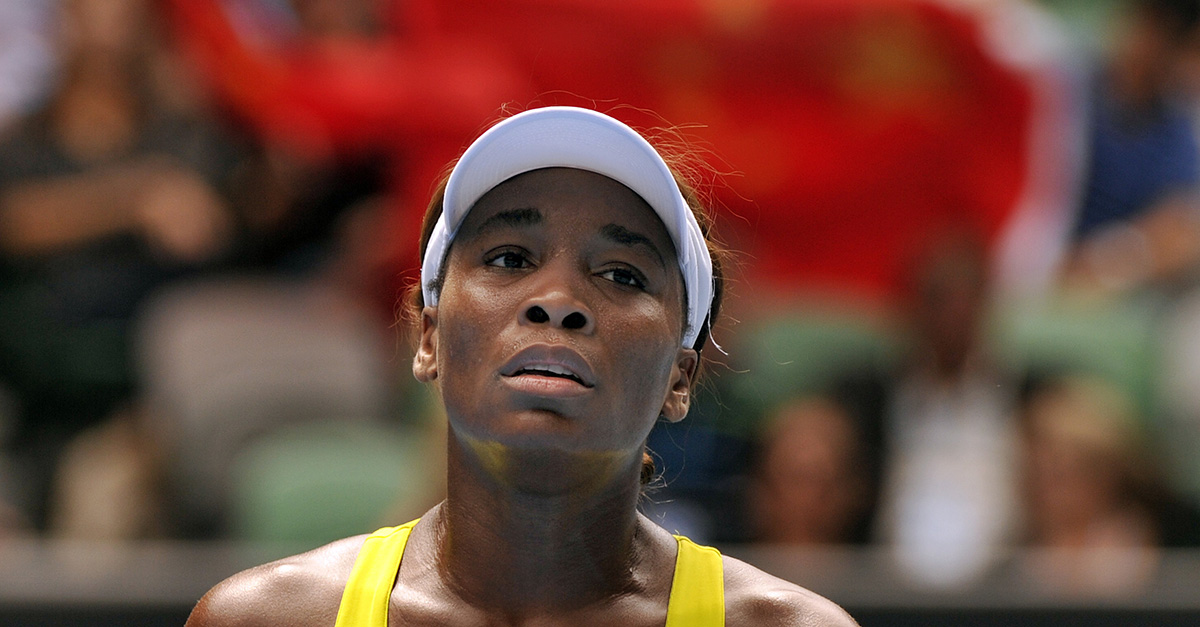 Venus Williams was the victim of a robbery when thieves reportedly broke into her Florida home.

According to TMZ, robbers busted in somewhere between Sept. 1 and Sept. 5 when she was competing at the U.S. Open and took off with 16 designer bags worth up to $400,000. Sources told the tabloid that some of the bags were designed by Hermes, which sells Birkin bags that retail between $12,000 and $200,000.

The robbers also took off with some of her personal photos and jewelry.

RELATED: Police have come to a conclusion about who was at fault in Venus Williams’ deadly June car accident

Williams was in the news over the summer after she was involved in a car crash that left one man dead and his wife severely injured. Williams was found at fault in the accident though police said she did not break the law.

“After the initial investigation was conducted, new evidence into the incident was located,” the Palm Beach Gardens Police Department said in July. “Based on the evidence obtained in the ongoing investigation, it has been determined the vehicle driven by Venus Williams lawfully entered the intersection on a circular green traffic signal.”