Vice President of Fun: Was This Joe Biden’s Best Photo Moment of 2016? 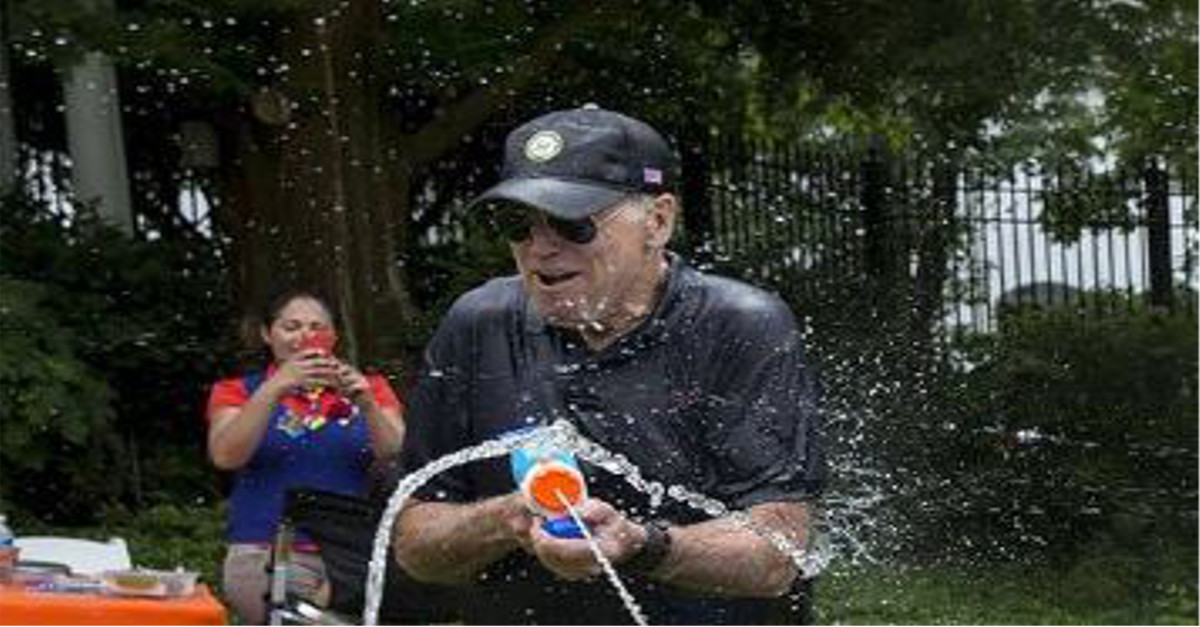 There can be no doubt that Vice President Joe Biden likes to have a good time!

Starting in 2010, the Bidens began hosting a Beach Boardwalk Bash at their home at the Naval Observatory, and a kids water fight was usually among the festivities. But sometimes, the water fight wasn’t left to the kids. Vice President Biden would often join in on the fun, and no one was safe from the water when he did.

A photo of the vice president from the Biden’s 2016 Beach Boardwalk Bash might have been his best candid moment of 2016. Biden can be seen having a full blown water fight with the children (and the press!) during their annual party.

While 2016’s photo is epic, it isn’t the first time the camera has captured Biden getting in on the fun. In 2012, a guest at the party witnessed Biden with his hat on backward, ready to join in on a super soaker battle.

In 2014, Biden was, again, seen joining the kids for a super soaker fight on the lawn.

In fact, Biden loved his water fights so much that the first photo that he shared on his brand new Twitter account back in 2012 was a double picture of him and President Obama, both holding super soakers.