The relationship between China and the United States may be taking another hit, and this time, it’s lingerie models who are in the ring.

RELATED: With these 4 moves, you and your bestie can train just like the Victoria’s Secret Angels

In a report by Page Six, the 2017 Victoria Secret Fashion Show is turning into a media crisis. Although the show is set to take place in Shanghai, China in less than two weeks, fashion bloggers who are set to cover the show are cancelling their trips because the Chinese government won’t approve their visas. On the production side of things, producers are battling with administrators to be allowed to film outside the Mercerdes-Benz Arena.

One insider griped to Page Six about wanting viewers to actually see city: “If you’re going to China, you want to show that you are in China!”

The Chinese government also has approval over all documents so staffers haven’t been able to send out press releases.

“It’s just a nightmare for all the media trying to cover [the show],” said another source. “These TV companies are spending a fortune on it, and they don’t even know what they can shoot when they get there.”

According to Page Six, coordinators are “on the verge of nervous breakdowns.”

Harper’s Bazaar reported that several Russian and Ukrainian models have also been denied visas to walk in Shanghai. Although it may not be connected, the news is brow-raising amid the investigation into the sudden death of a 14-year-old Russian model who collapsed after walking in October’s Shanghai Fashion Week.

Last year’s Victoria’s Secret show had it’s own fair share of drama: in the wake of Kim Kardashian’s news-making jewelry mugging and a slew of French terrorist attacks, organizers struggled with heightened security and organizing media background checks for the Parisian show.

RELATED: Donald Trump wants LaVar Ball’s son to thank him right now for saving him from 10 years in China

Gigi Hadid — one of several major models set to walk, including her sister Bella, Karlie Kloss and Maria Borges — dealt with her own backlash for being cast in the Asian-based fashion show. She came under fire earlier in the year for being “racist” after her model sister shared a since-deleted video of her laughing and squinting her eyes while holding a cookie featuring the face of a samurai. The controversy resurfaced when it was announced that the supermodel would be taking the runway in Shanghai.

this is y'all woke palestine queen? Gigi out here mocking Asian people. i would say she's cancelled but she never started. rat @GiGiHadid pic.twitter.com/b6wj5k1sXE

The show is set to air on CBS on Nov. 28, and Harry Styles and Taylor Swift — the two are exes and close friends to several Victoria’s Secret Angels — are rumored to be performers.

Considering President Trump’s recent hand in saving arrested UCLA basketball player’s from 10 years in a Chinese prison, maybe he can reach out to President Xi and get this fashion show on the road! 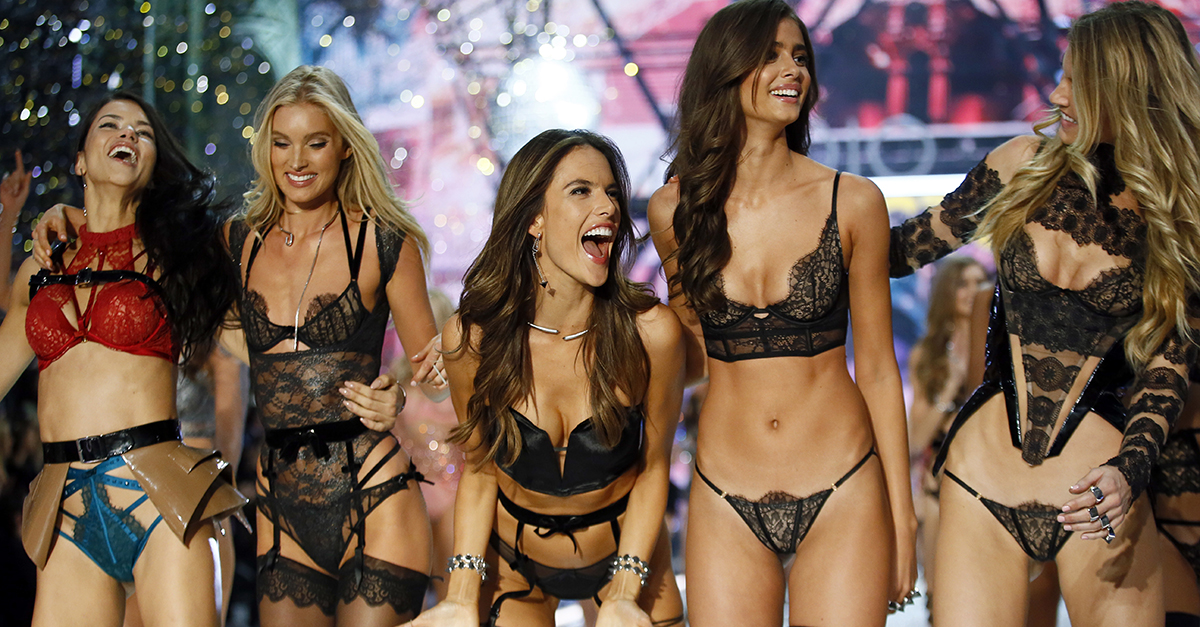