During a concert at the Manhattan Center Hammerstein Ballroom, Manson was midway through singing “Sweet Dreams (Are Made of This)” by the Eurythmics when a giant gun prop collapsed on top of him.

Concertgoers posted videos of the scary moment, with one person saying that the crew was trying to “revive” him, adding that they were “pretty sure” it wasn’t a “gimmick.”

Another concertgoer, Michelle Curran, told the Daily Mail that Manson was halfway through the song when the prop behind him “toppled onto him. The singing stopped, and loads of people ran onto the stage to lift to it up.”

A piece of the set fell right on him 🙁 🙁 @marilynmanson pic.twitter.com/p6KQLyXUOK

After the accident, several people rushed to help, but it took several minutes before he was stretchered off stage. The rest of the concert was promptly canceled, and a rep for Manson confirmed that he sustained an injury but did not provide any additional information on his condition. 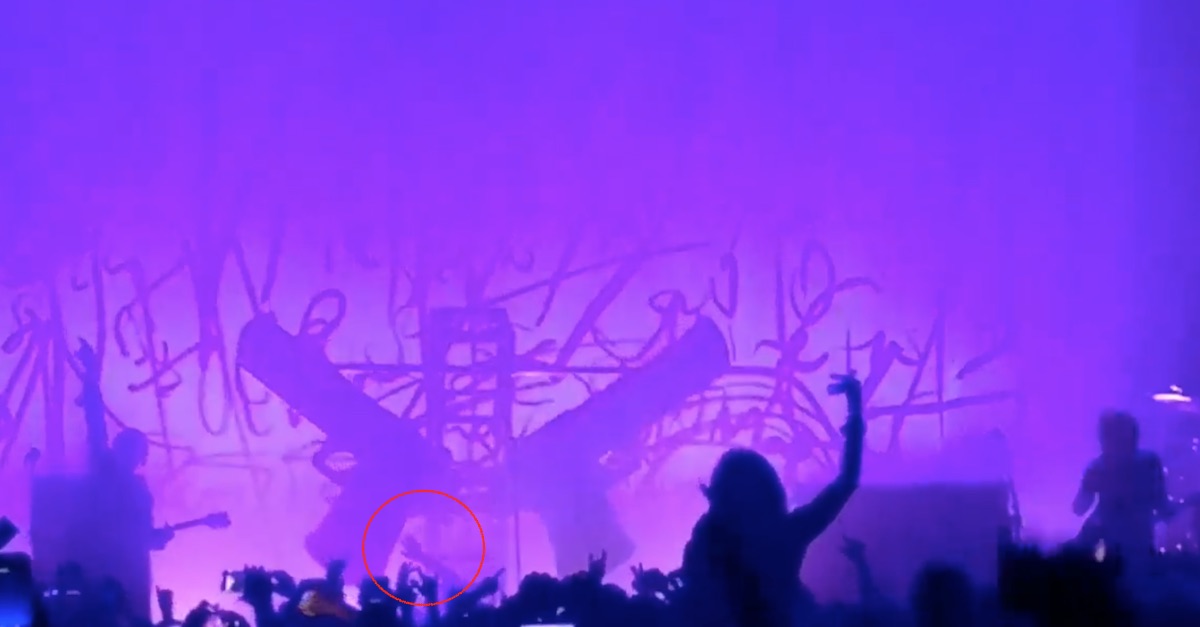