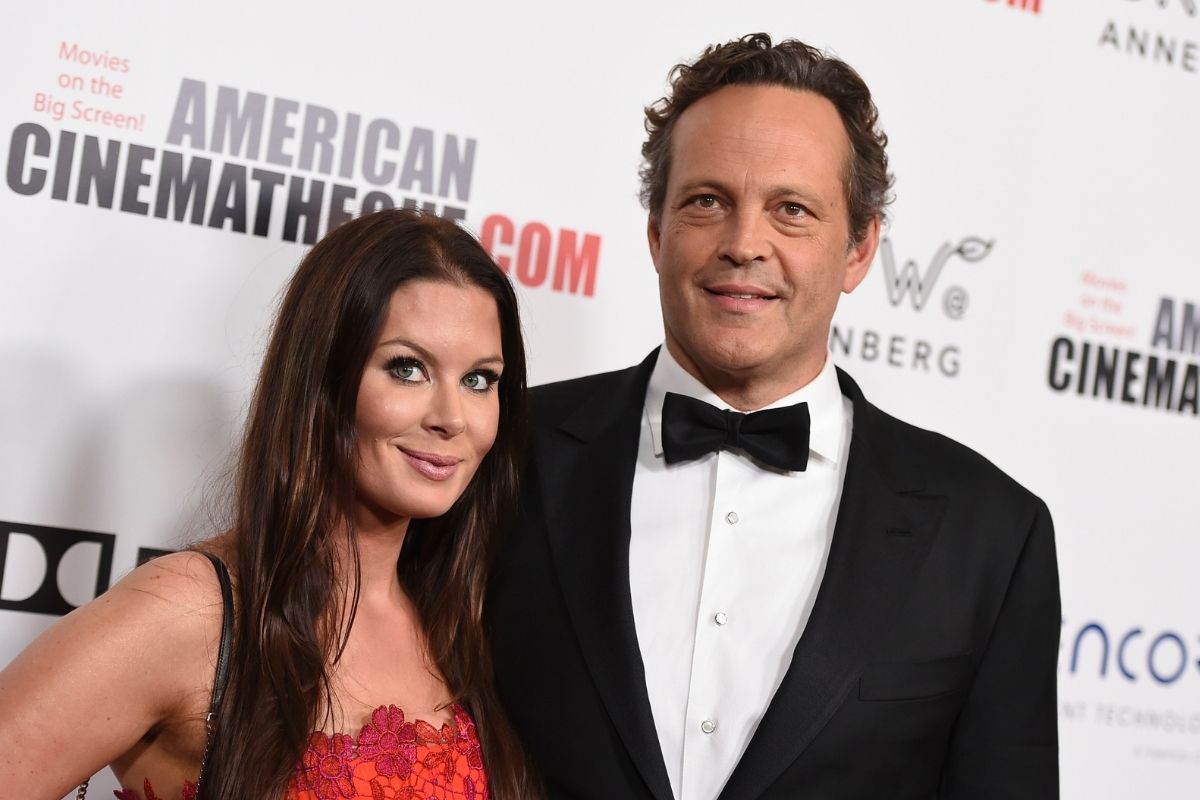 In many ways, Kyla Weber is your average small-town Canadian real estate agent. Born in the tiny town of Okotoks, Alberta, Weber became a realtor with a company called Coco Homes, Cimarron Living in Calgary, Canada. She is the mother of a young son and a daughter, and apparently, in her spare time, she likes to paint.

But in other ways, Kyla is quite unique from other Canadian realtors. For one, she happens to be married to Hollywood actor Vince Vaughn. For another, she lives in a 7,308-square-foot California mansion worth $6.47 million.

Who is Kyla Weber?

Before meeting Weber, Vaughn, who hails from Minneapolis, Minnesota, was famously dating his co-star from The Breakup, Jennifer Aniston. But as the Wedding Crashers star explained in an interview with Playboy, he didn’t enjoy all the time spent in the limelight. “You know, she’s great,” he said. “For me personally — and I think most well-known actors who are together feel this way — I never enjoyed the paparazzi side of it. You like someone and you’re spending time with them; that’s separate and that was all fine. But I really spent most of that time finding ways not to be drawn into the attention.”

After parting ways with Anniston, Vaughn met Weber through a mutual friend. The Dodgeball star told People that he felt fortunate that Weber came into his life. “I met the best girl in the world,” he said. “It gives you such a great purpose in your life. If I would’ve met her, I would’ve done it a long time ago.”

Vince and Kyla Tie the Knot & Start a Family

In 2009, the Swingers star proposed to his wife-to-be on Valentine’s Day a year and six months of dating. The two were married the next year in a private ceremony at Lake Forest Academy outside of his hometown of Chicago, Illinois. “Marriage is terrific, but it’s the hardest thing I think you’ll ever do,” the Jurassic Park star told ABC News. “You have to really work at it and want it.”

The couple welcomed their first child, their daughter Locklyn Kyla Vaughn in December 2010. Three years later, Vaughn and Weber welcomed their second child, their son Vernon Lindsay Vaughn, in August 2013. Today, the family is weathering the COVID-19 pandemic in their home in Manhattan Beach, California. The Minneapolis-born actor doubles as a star and a father, while his wife doubles as a loving mother and real estate agent in Los Angeles.

Vince and Kyla’s Net Worth

With virtual no social media presence and an aversion to red carpet appearances, the couple has done a good job of staying under the radar. A notable exception was when The Internship star was charged with a DUI and resisting arrest. After her husband’s arrest, the Dailymail reported that Weber came to pick him up from the station.

Thanks largely to her successful real estate career, Weber has earned a net worth of $0.8 million, sources estimate. Meanwhile, Vaughn has an estimated net worth of $70 million.