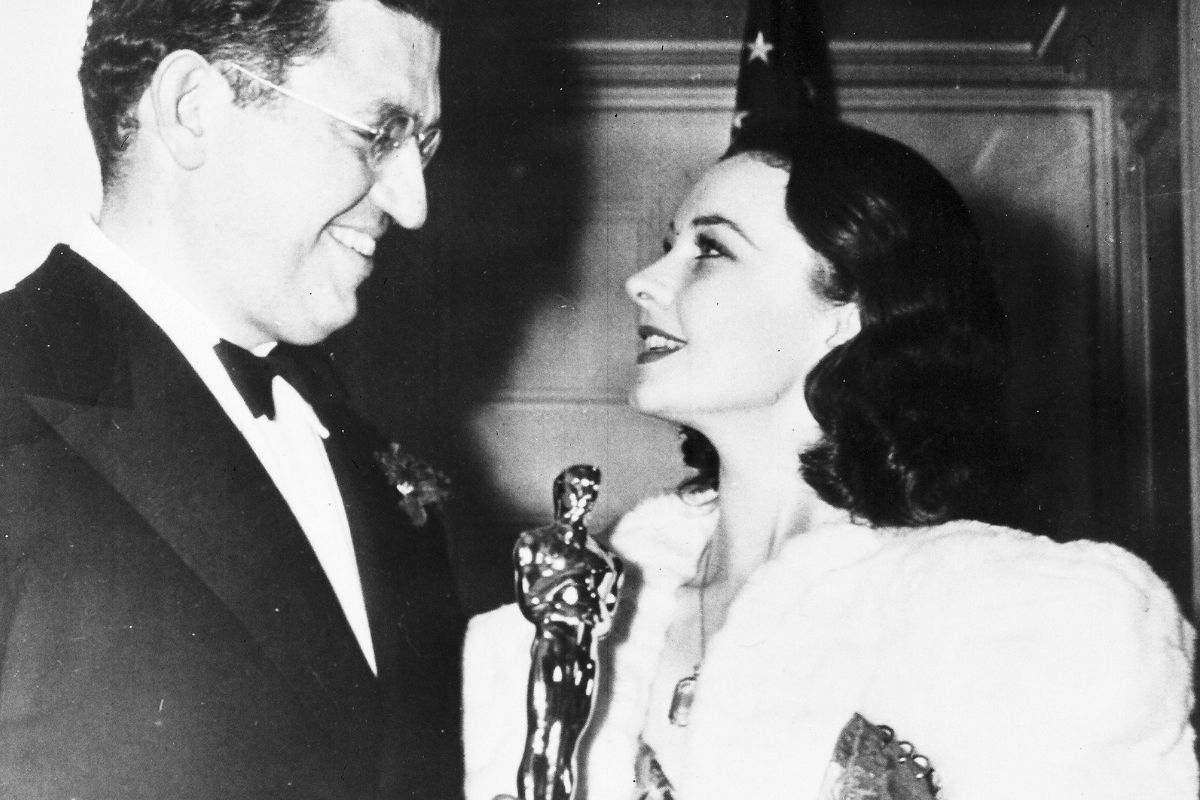 The portrayal of Scarlett O’Hara by actress Vivien Leigh famously beat out 1,400 actresses to land the Gone With The Wind role. The film was wildly successful, and for her work, she was awarded two Academy Awards for Best Actress; the other 8 were for the film. It also won a New York Film Critics Circle Award for Best Actress, becoming the first English actress to win the award. A Street Car Named Desire, where she played Blanche DuBois, was also extremely popular. The British actress won a Tony Award for her Broadway performance of Tovarich. While her acting career seemed to swell up and onwards, she suffered dramatically in her personal life with her health and romantic instances.

Leigh was born Vivian Mary Hartley on November 5, 1913, in British India, on Darjeeling. She was the only child born to a  British broker and his wife. She started acting as Little Bo Peep, and again, later her friends suggested joining the play, Things Are Looking Up as extra credit. Her first play was Mask of Virtue in 1935. This was the first time she used her new stage name, Vivien Leigh. However, the play closed early because of Leigh’s inability to project her voice enough to fill the arena.

Years later, after Fire Over England and A Yank at Oxford, she traveled to Hollywood, Los Angeles, to see Laurene Olivier and convince David O. Selznick that she should be given the role of southern belle Scarlett O’Hara. Initially, Selznick thought Leigh too British for the role, but after a screen test, he was convinced. When she started working on the movie, she met Clark Gable (Rhett Butler) and became friends with his wife, Carole Lombard. It was said that Leigh had a grueling schedule filming, but one of her biggest issues was missing Olivier when he was in New York. Regardless, she successfully told the story of Scarlett O’Hara pursuing Leslie Howard as Ashley Wilkes, who is married to Olivia de Havilland’s character, Melanie. Which honestly seems a bit like her own life.

The first note of her mental illness was during her first play in 1935, and again when she was working with Laurence Olivier on Hamlet in Denmark. He alleged that she had a mood swing, and without warning, she began yelling at him. Moments later she was able to carry on normally on stage and by the next day, had forgotten it had happened. She turned down a supporting role in Wuthering Heights because she wanted the lead and hadn’t received it. She wouldn’t be diagnosed with bipolar disorder for many years.

Before getting involved with Laurence Olivier, she was married to a man named Herbert Leigh Holman. He didn’t like theatre or acting and was displeased his wife was involved. Actor Laurence Olivier met her after The Mask of Virtue in London, he offering congratulations on her night. According to a biography, “Vivien Leigh: A Biography” the night they met, she told a friend she would marry Olivier. Meanwhile, she was a wife and a mother to her son, Tarquin.

Vivien and Olivier began an affair when they were co-stars in Fire over England two years later. Olivier was still married to Jill Esmond, another actress. When she and Olivier began an affair, neither of their partners would divorce them, so they lived together, and as their management suggested, keeping their affairs private from the public. They finally married in August of 1940 in Santa Barbara, California.

They worked on many projects together while going through the ups and downs of their own love story. Through criticisms of their infidelity amongst other things, they were in a production of Romeo and Juliet, and movies 21 Days Together, and That Hamilton Woman. They finally returned to England to help with the war in 1943. Leigh toured South Africa and became ill with tuberculosis in her left lung upon her return. This bipolar disorder worsened her career as her husband skyrocketed into greater success with Oedipus, Henry IV; he was also knighted. In Australia in 1948, the couple had an argument that resulted in Olivier slapping Leigh publically. He later recounted that that night was when he lost her.

Vivien Leigh did not stop acting. She was cast in the West End production of A Street Car Named Desire as Blanche DuBois. The play was a success, but in her words, it was a tipping pointe… ‘into madness”. Next was Anna Karenina. In 1951 she received heavy criticism regarding her Shakespeare Antony and Cleopatra and Caesar and Cleopatra roles. The criticism of the latter was that she was so bad that her husband’s acting was suffering.

After arriving in Sri Lanka to film Elephant Walk, she had a breakdown. Within the next few years, she had another miscarriage, she and Laurence Olivier finally split, as their relationship had been floundering for some time, nearly 10 years. She and him both remarried; her. to Jack Merivale and Joan Plowright. Her final film was Ship of Fools in 1965. Two years later, she became very ill after liquid filled her lungs, and she died a month later. When she was announced dead, theatres on London’s West End turned off their lights for an hour in her honor. Her ashes were spread at her summer home in Sussex, England. She will always be remembered as the glamorous Scarlett O’Hara.