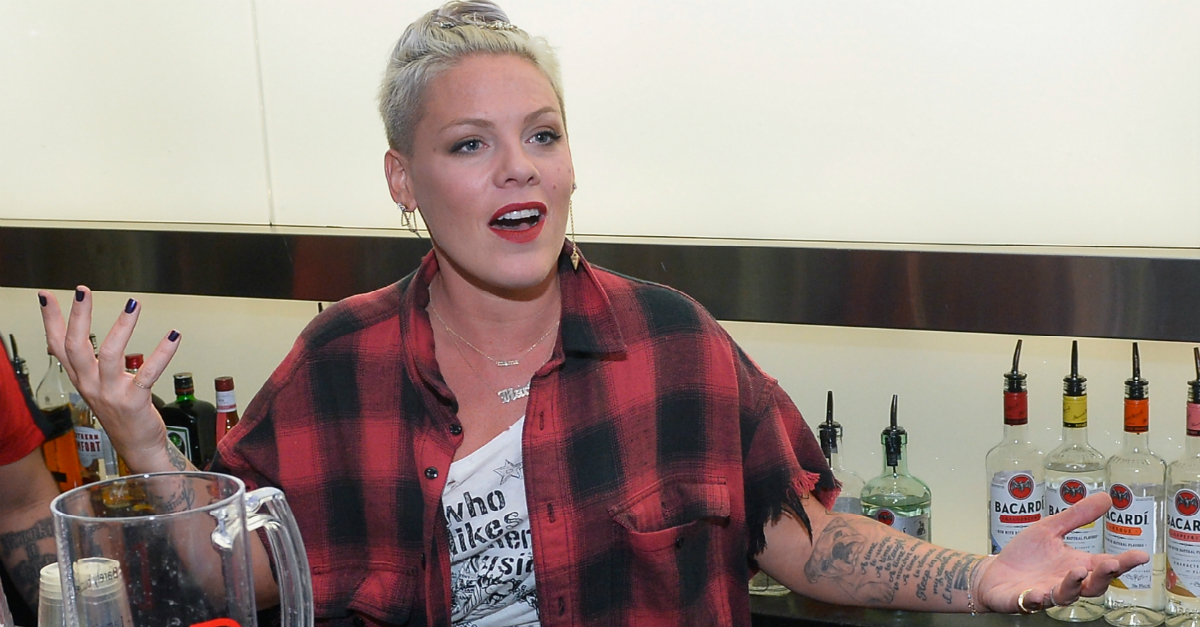 As she rehearsed for her death-defying American Music Awards performance, 38-year-old pop star Pink was suspended several stories above the streets of downtown Los Angeles, bouncing off the side of the 34-floor JW Marriott hotel. Pink is known for acrobatic, high-flying live shows, but in a video posted to her Instagram account, she admitted to experiencing some trepidation in the build-up to the performance.

RELATED: Beyoncé is a beauty at Serena Williams and Alexis Ohanian’s fairytale wedding

“I’m just afraid I’m going to get up there and be like, ‘I don’t know if I can do this,’” the “Just Like a Pill” singer said. “I don’t care about heights, I just care about being able to actually breathe up there.”

“This was a fine idea,” she joked before being strapped into a harness.

“I feel the fear this time,” she continued over footage of herself rehearsing some acrobatic choreography. “This is nothing you can prepare for.”

A closer look at @Pink rehearsing her opening number for the @AMAs. So fearless! Airs Sunday on @ABC7 pic.twitter.com/Rr6Wvz7IaK

“This is by far the craziest, most insane thing I’ve ever attempted to do,” Pink added. “This is the first time that I’ve ever panicked.”

ABC7 shared their own footage of the singer practicing her performance on the side of the hotel.

“It’s pretty amazing,” a fan said. “I mean she’s up there dancing on the side of a building.”