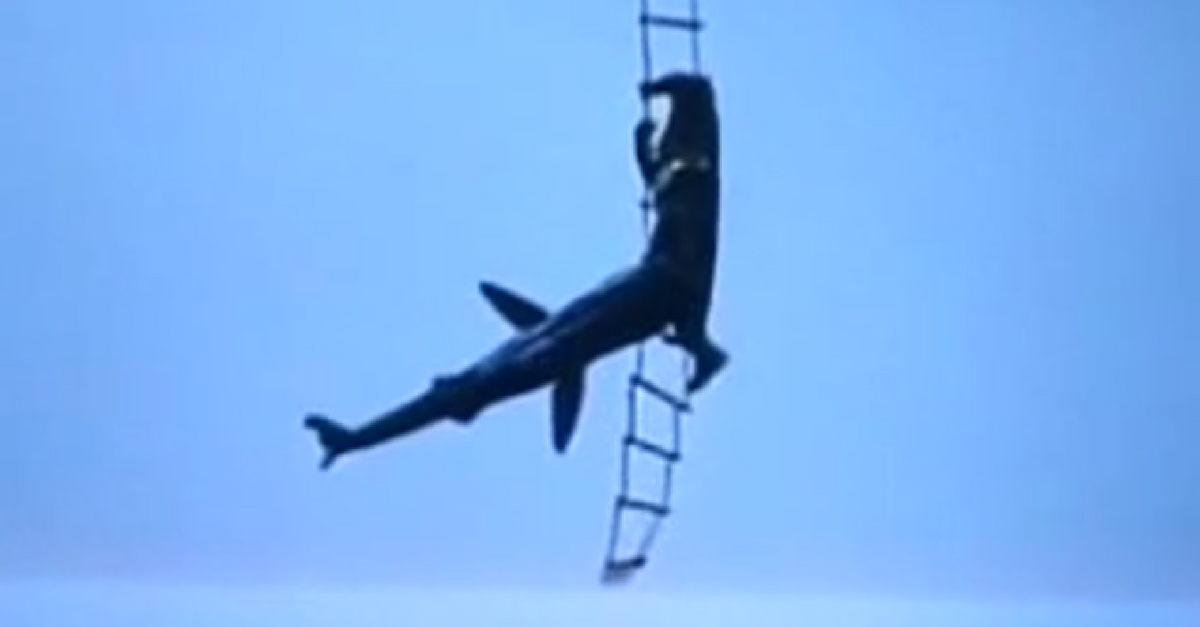 In one of the more memorable scenes from the 1966 “Batman” film starring Adam West and Burt Ward, the crime fighting duo Batman and Robin get themselves into a sticky situation when a huge shark tries to attack Batman as he dips into the water to rescue Commodore Schmidlapp.

As the shark gnaws on his leg, Batman yells up to Robin to find his handy dandy “shark repellent bat spray.” Once Robin finally locates the spray, he brings it down to Batman who then unleashes it onto the aggressive shark.

RELATED: In honor of the late actor, take a look at Adam West’s most famous moments as “Batman”

The animal lets go, falls from the ladder and lands back in the ocean with a giant splash. Once again, Batman and Robin used their knack for teamwork to save the day!

Sadly, West passed away Friday at the age of 88 after battling leukemia. Ward, his “Batman” costar and close friend of 50 years, is “devastated” by the loss.

RELATED: Adam West’s sidekick Burt Ward had a heartbreaking reaction to losing his friend of 50 years, the “one real Batman”