“Dancing with the Stars” pro and previous Mirror Ball winner Emma Slater will pair up with Drew Scott, of HGTV’s “Property Brothers.”

JUST AHEAD: The first @DancingABC Season 25 couple will be revealed LIVE! Who will it be? Any guesses? #DWTS #DancingOnGMA pic.twitter.com/QbujeIiX8n

The announcement was made on “Good Morning America” on Wednesday, with Slater and Scott doing a video interview from the “DWTS” ballroom.

“We have actually done two rehearsals. I’m an athletic guy. I am a pretty sporty guy, but I have never danced before,” he said. “She’s the best. She won last season, so I am going to do my best to get her a second Mirror Ball.”

RELATED: Britney Spears shows off the “real unglammed me” as she joins the #NoMakeupMonday movement

Slater told the “GMA” hosts she is thrilled with her partner. “Last year, I won my first Mirror Ball, and I have a really great partner [this year]. I am feeling very lucky.”

But she also has a little something extra in mind for Scott: “He’s going to help me renovate my house. I need something in return.”

Scott spends most of his time with his twin brother Jonathan Scott, who sent good luck wishes to his brother via video. Jonathan danced along with a broomstick in a home they’re renovating, which made Scott laugh, “He’s smooth.”

They’re only two rehearsals in, but the new duo are already experiencing their fair share of problems in the ballroom. Apparently, Scott’s 6-foot-4-inch frame presents challenges when dancing with his 5-foot-5-inch partner.

“The tip of her hair goes right into my eyeball,” Scott said.

Bumps in the road aside, Scott said that he’s really starting to get the hang of dancing — helped by his black belt in karate.

“Coordination and movement from karate is helping me on the dance floor,” he said, adding, “I won’t be doing roundhouse kicks or Chuck Norris moves.” 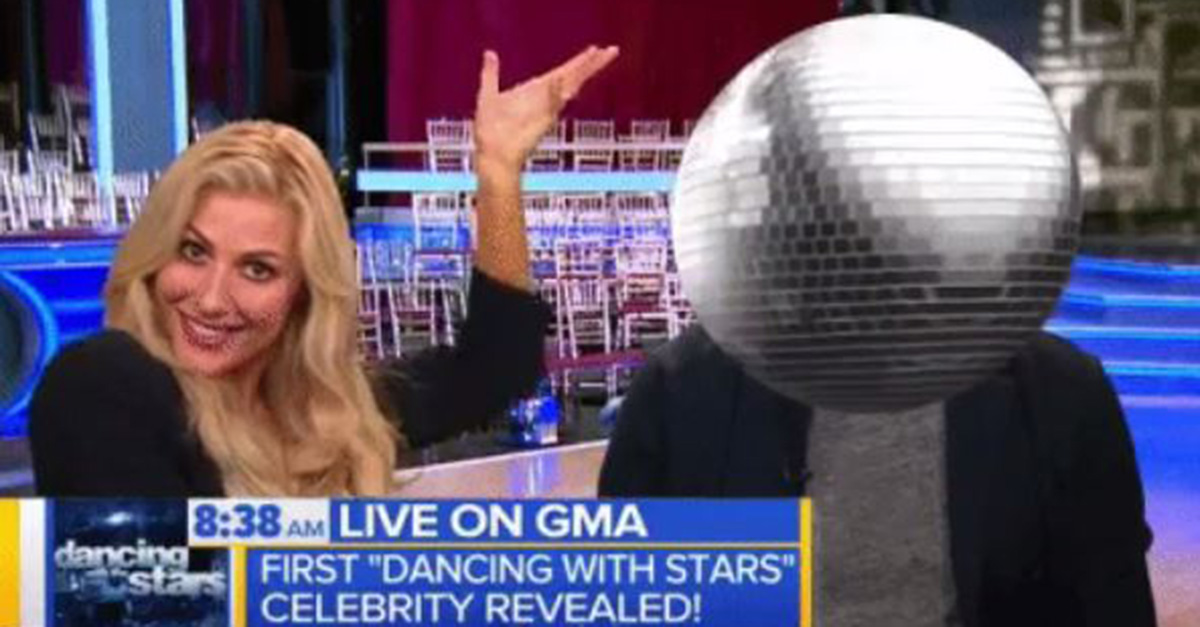