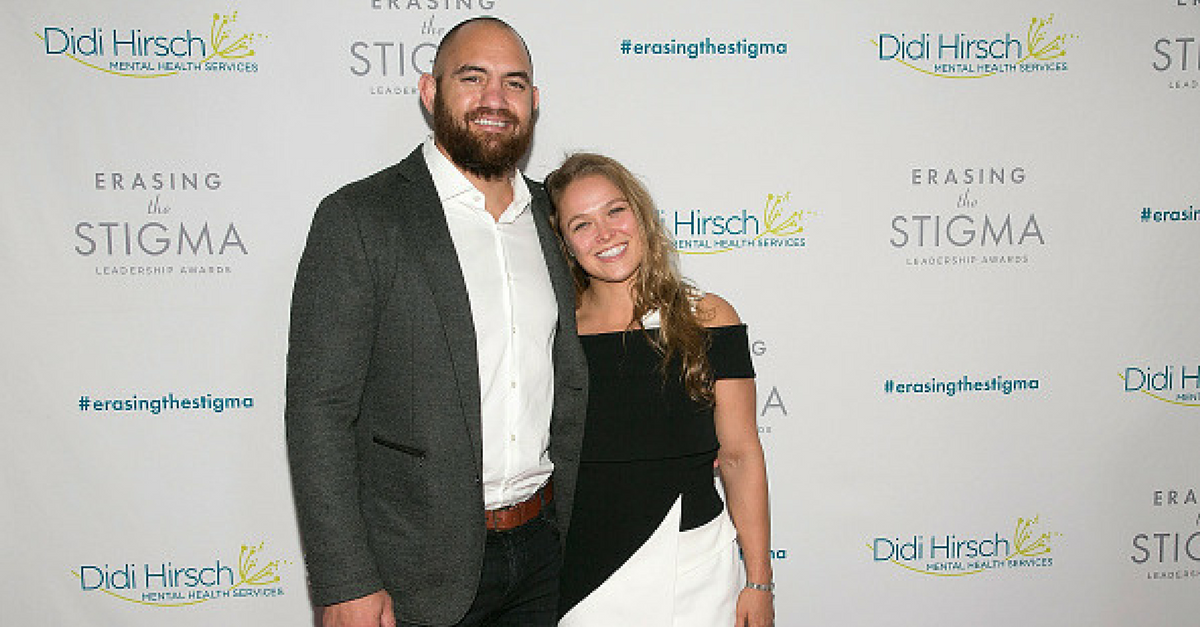 Last year was rough for Ronda Rousey, who was swiftly defeated in the UFC 207, but things are already looking up for her in 2017!

The UFC superstar was spotted in Los Angeles wearing a diamond ring on her left ring finger while out and about with boyfriend and fellow UFC champ Travis Browne. The couple confirmed the news of their engagement to TMZ, adding that the proposal happened last week while they were vacationing in New Zealand.

RELATED: Ronda Rousey’s mom weighed in on her daughter’s recent loss: “I would like to see her retire”

“We were under a waterfall in New Zealand, and it felt like the right place to do it,” Browne told the outlet as Rousey showed off her rock.

Rousey said she’s hoping the wedding will be soon, but is keeping an “open mind” about the date. She and Browne have been dating since 2015, when Browne confirmed their relationship, saying, “She’s my woman, and I am her man.”

“I’m very happy for Ronda and I’m looking forward to the wedding!” Dana White, president of the Ultimate Fighting Championship, said of the news.

RELATED: A day after defeating Ronda Rousey, Amanda Nunes is still throwing punches at her opponent on Twitter