Mariah Carey may have had her heart broken after her engagement to billionaire James Packer ended, but she shook that off and now has a vision of love for her backup dancer Bryan Tanaka.

Carey, who posted an Instagram picture with her and Tanaka drinking champagne in a tub on Valentine’s Day, confirmed the romance in an interview with The Associated Press on Wednesday, though she declined to say much more than that.

RELATED: Colbert wanted to extend his sympathy to Mariah Carey, but he ran into some technical errors

Carey’s reluctance to talk in the media about her romance is understandable given the drama that erupted when she and Packer broke up last year. The split wasn’t amicable and led to plenty of tabloid headlines.

But it seems to have also inspired Carey musically. Her latest single, “I Don’t,” featuring rapper YG, is about a breakup: “We got together and did the song in like a day and the video the next day.”

In the video, Carey dresses in sexy white lingerie with a white bridal garter on her thigh. In one line, YG raps, “Hold up, give me my ring back. Never mind you could keep that.” Meanwhile, Carey flips off the camera with the ring on her middle finger — a ring that looks just like the one Packer gave her.

The video also shows her throwing a wedding gown in a fire pit, a gown that looks very much like the Valentino dress she had custom-made for her wedding.

“It was fun and it wasn’t that very expensive one that they think it is,” she clarified. “You shouldn’t be wasteful, so I’m going to do something with charity and wedding dresses, I think.”

Carey is due to hit the road in March with Lionel Richie. She’ll be bringing her 5 year-old twins, Moroccan Scott Cannon and Monroe Cannon, along for the journey.

“Roc and Roe do get to come,” she said. “They love to go onstage and actually they are very musical already. They have their school, and they have their teacher. There are doing really well but they don’t love the school, let’s just put it that way. But they are happy when they get to go with me on tour and there’s other kids there, too, so it’s good.”

Carey has sold more than 200 million records worldwide, making her one of the best-selling music artists of all time. But she says staying hot in the game isn’t easy.

“It’s very difficult, especially the way the business is now,” she said. “I truly love music and always have. It’s not like … ‘Oh, here’s a way to get famous.’ It wasn’t any of those things. It was my release, it was my everything and it still is. So I think that I’m just grateful that people still tune in.”

She also once again addressed the debacle on “Dick Clark’s New Year’s Rockin Eve” where she stopped singing during her live performance after having technical issues, which led to fingers pointing between Dick Clark Productions and Carey.

“I didn’t obsess over the New Year’s Eve thing,” she added. “I mean, I was upset about the fact that people didn’t understand, but it’s like, I can only explain it like this to you.”

She added: “It’s like I’m the only one that has to make five million comebacks. … For me there are different rules, I don’t know why. I don’t know why it’s not OK that I was just like victimized and vilified by the situation.” 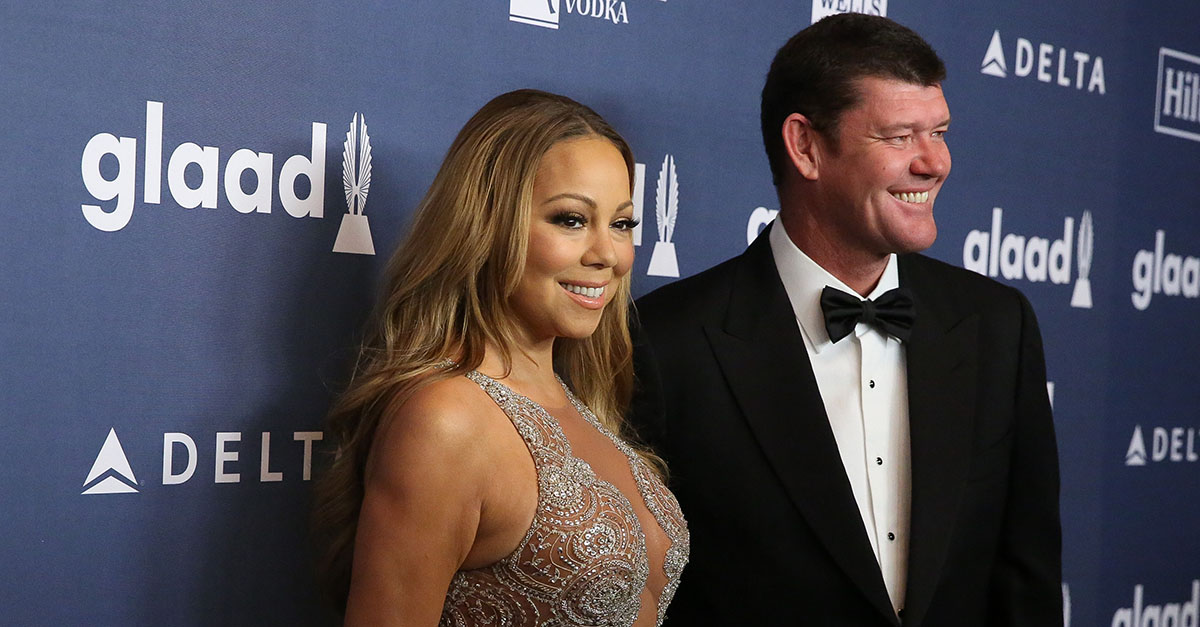