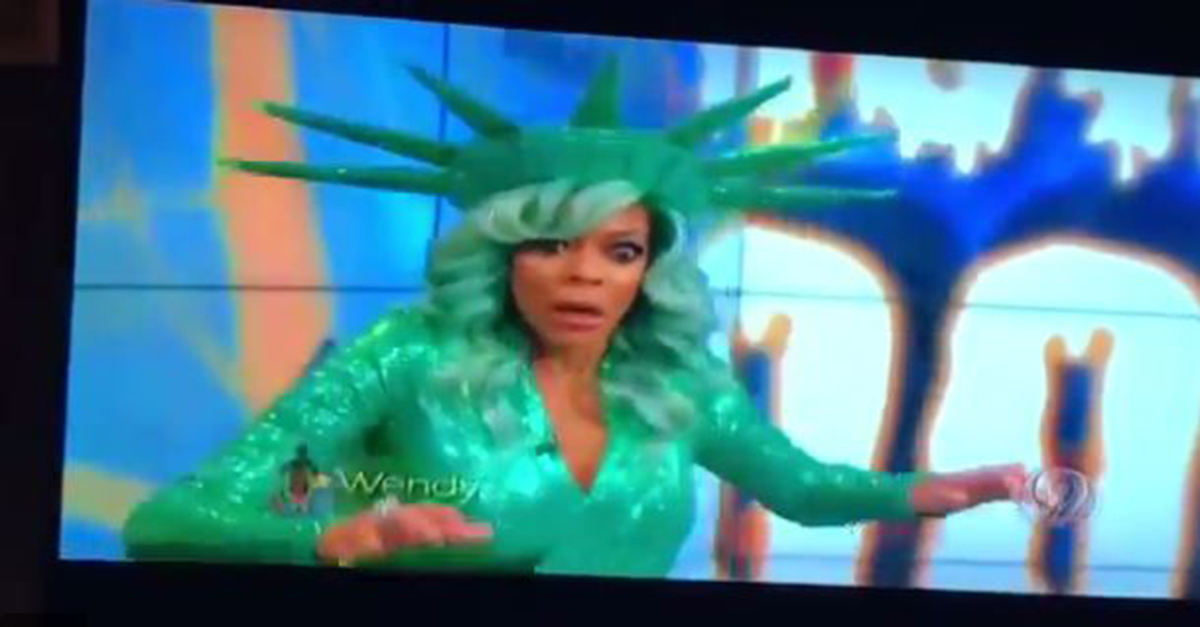 Wendy Williams panicked her studio audience and viewers at home when she took a tumble and passed out during her live Halloween special.

The TV host was dressed as the Statue of Liberty for the festive show and was mid-sentence when she stopped and stared blankly at the camera before stumbling backward from the podium. Audience members seemed confused about whether or not this was a Halloween trick as nervous laughter could be heard before Williams collapsed to the ground.

Her staff can be seen running to her aide before the show cut to a commercial.

She said she overheated in her costume pic.twitter.com/1QdCZhe5pE

RELATED: Halloween night on “DWTS” was for fans after this shocking double elimination

When the show returned from commercial break, Williams seemed unfazed by the incident as she addressed the audience.

“That was not a stunt. I overheated in my costume, and I did pass out,” she said as the audience cheered. “But, you know what? I’m a champ and I’m back!”