Wendy Williams just goes off on Paris Jackson for considering herself “Black. Period.” 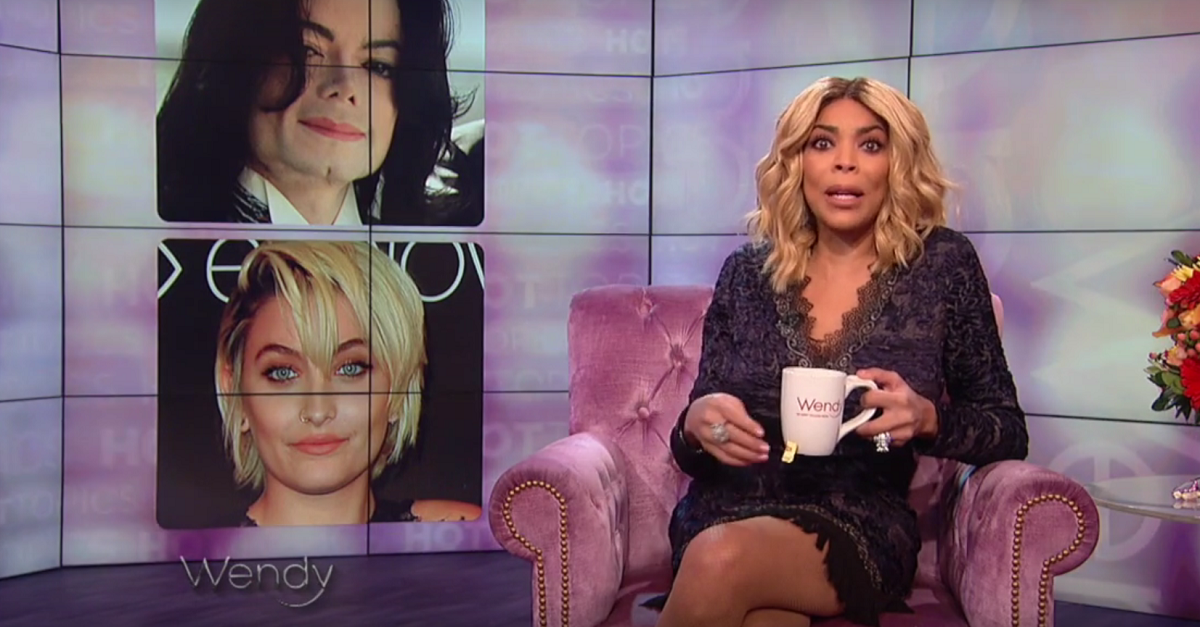 Wendy Williams read Paris Jackson’s recent profile in Rolling Stone and Was. Not. Having. It.

And she laid out the interview in front of her studio audience yesterday, beginning with, “Can we talk? I mean real talk.”

RELATED: After her Rolling Stone interview, Paris Jackson sent a forceful message to the media

She begins by rejecting the idea that Paris has a Rolling Stone cover at all, claiming she’s only there because of her father. Williams says, “She has not made her mark on her own. You cannot be on the cover of one of the most prestigious entertainment magazines and just be the daughter of.”

That’s a big charge, and she doesn’t back down.

Williams appears most upset about Jackson identifying as black, after her father supposedly raised her that way.

“Black is not what you call yourself, it’s what cops see when they got steel to your neck on the turnpike. But that’s cute, and good for her,” she says, condescendingly.

Then, Williams sarcastically congratulates Jackson on being the “first black woman on the cover” in more than a year. The last, she says, was Nicki Minaj.