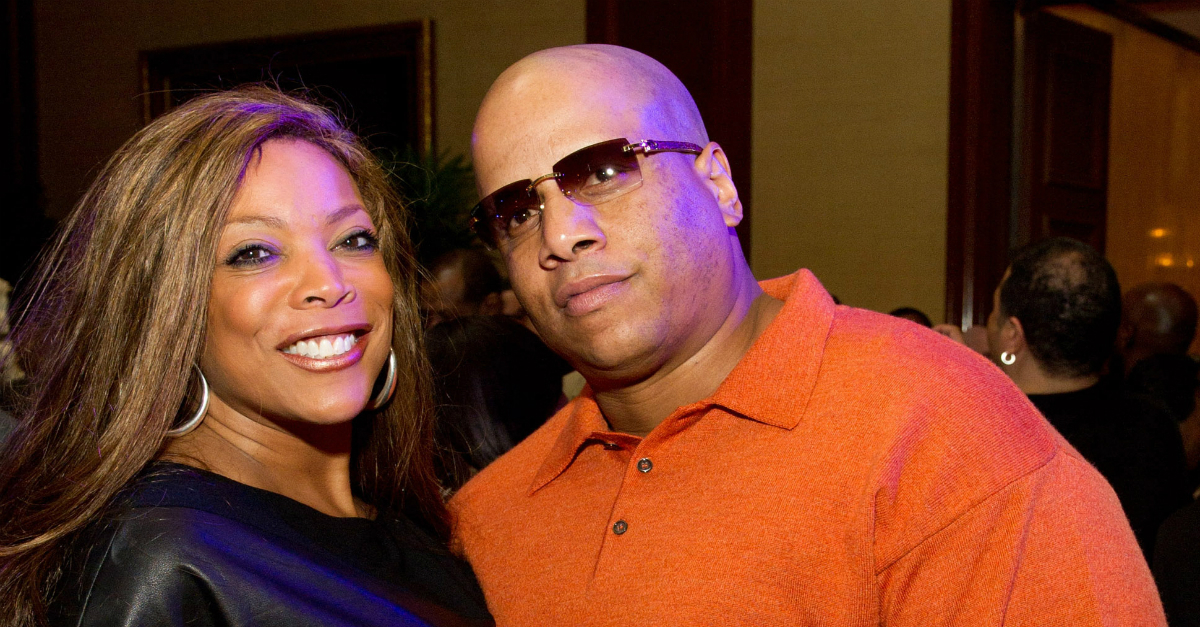 Wendy Williams stopped short of denying reports that her husband, Kevin Hunter, has been having a secret affair with 32-year-old massage therapist Sharina Hudson.

Hunter led a “secret double life” with Hudson for more than 10 years, DailyMailTV alleges. He splits his time between a house with Williams and another with his alleged mistress, the report says.

The daytime TV host refused to ignore the drama, deciding to address rumors head-on Tuesday on The Wendy Williams Show, according to E! News. “It’s weird doing Hot Topics and being a hot topic,” she began after some supportive cheers and applause from her audience. “It’s some sort of weird story going around the internet regarding my husband.”

?You can believe what you want,? Williams said, holding up her enormous wedding ring to audience applause. “I stand by my guy,” she continued. “All is well in Hunterville. Don?t believe the hype. And if there was hype, believe me, I would let you know. And by the way, I?ll be following this story. So I guess I?ll have to watch to find out what happens.?