What is going on in this topless picture of Madonna holding a Louis Vuitton bag? 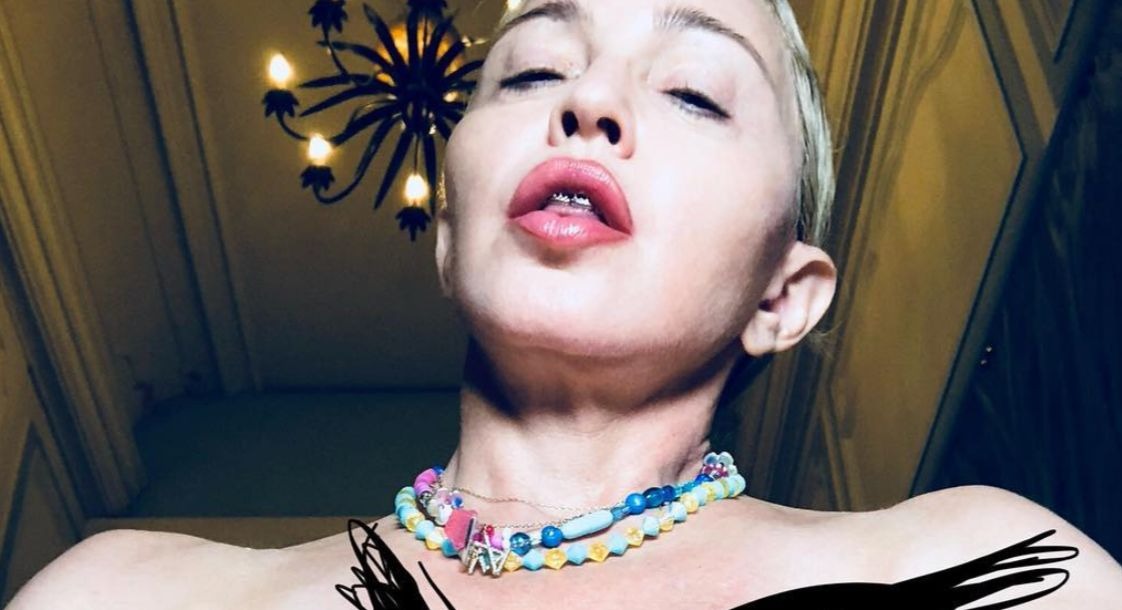 Singer and pop star Madonna has been known for her antics, both on stage and off, but what is the deal with this latest one?

Several comments and conerns come to mind with this photo.

She shared a follow up video about Louis Vuitton where she is wearing a sweatshirt and has a sack of something in her belly, saying “Louis Vuitton is finally making maternity wear.”

I guess it’s just another day in Madonna’s bizarro world, and we’re just living in it.