When Dwayne “The Rock” Johnson publicly criticized his male “Fast and Furious” co-stars, Vin Diesel remained silent on the issue for some time. However, he’s finally speaking out and addressing rumors that the two actors are feuding.

“I don’t think the world really realizes how close we are, in a weird way,” he said. “I think some things may be blown out of proportion. I don’t think that was his intention. I know he appreciates how much I work this franchise. In my house, he’s Uncle Dwayne.”

RELATED: A tearful Vin Diesel honored his late friend Paul Walker at an early screening of “The Fate of the Furious”

While there appeared to be some creative tension on the set of “The Fate of the Furious,” Diesel insisted that his role as a producer was to protect the franchise and its actors.

“I protect the franchise. I protect everybody including Dwayne. I protected Dwayne more than he’ll ever know. And it doesn’t matter. He doesn’t have to know. But he appreciates it. He knows it,” he said. “Dwayne has only got one Vin in his life. Dwayne Johnson only has one big brother in this film world and that’s me.”

Rumors of a feud between the two actors started when Johnson made a cryptic Instagram posted, calling his male costars “candy asses” and adding that working on the film got his “blood boiling.”

While Diesel neglected to directly address the matter, he did say, “It’s not always easy being an alpha. And it’s two alphas. Being an alpha is sometimes a pain in the [butt],” and added, “I’m always rooting Dwayne on.”

RELATED: The Rock tears up while delivering a heartfelt message to “Make-a-Wish” fan who wants to meet him 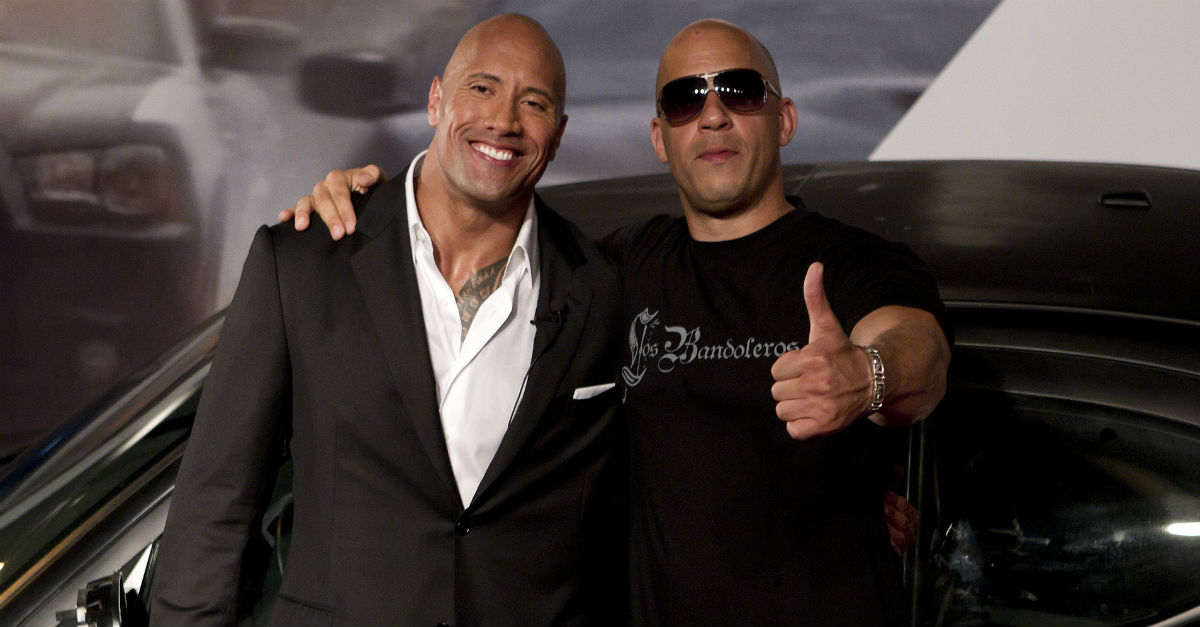