When she gave a homeless woman her boots, she never guessed it would enable her to help so many others 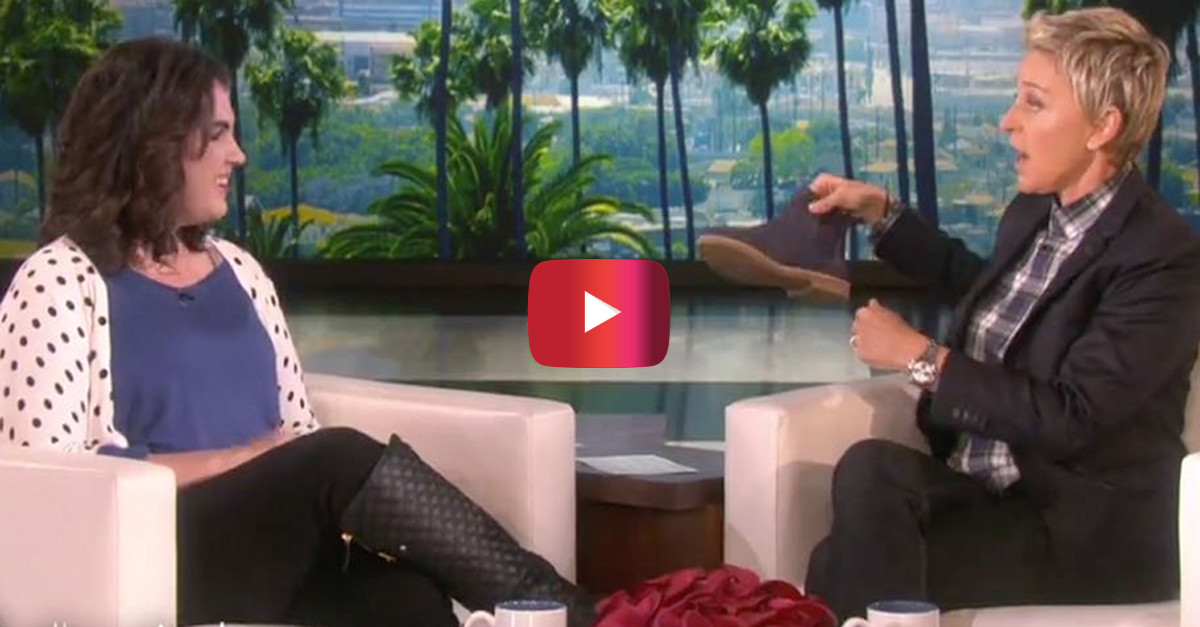 Kelly McGuire knew it was crazy, but she felt the need to take off her boots. On the way back from a Bears game McGuire passed a homeless woman with a sign asking for warm clothes to face the Chicago winter. On her list was boots.

McGuire was struck by it, and told her husband she needed to help this homeless woman, Amy.

McGuire sat down with Amy and, after chatting, removed her boots and offered them to Amy. Amy responded by wondering what the now shoeless McGuire would do for shoes, and offered her own.

McGuire’s boot trade prompted Ellen DeGeneres to bring McGuire on the show to tell her story. And DeGeneres decided to get in on the boot trade, and offered McGuire some of the boots from her own clothing line along with $20,000.

There is no doubt McGuire will use this money for kind acts. Giving someone the shoes off her feet wasn’t a one-off act, instead McGuire cares for people in small ways all the time. She bakes cookies for the fire department, gives veggies to the nurses and doctors in the ER, writes notes for the widows at her church, organizes donations for kids whose parents are in prison and much more.