Whitney Elizabeth Houston, born in 1963, became one of the world’s most loved entertainers. From her spirit to her angelic singing voice and kindness, she was one of a kind. She grew up in New Jersey, singing in the church. She set the Guinness World record for being the best selling recording artist of all time, having sold over 200 million records.

She released 7 studio albums, all of which have reached either a platinum or diamond certification. Her biggest hits include  “I Wanna Dance with Somebody”, “The Greatest Love of All”, “When you Believe” featuring Mariah Carey, “I’m Your Baby Tonight”, and of course, “I Will Always Love You”, which won a Grammy Award for Record of the Year.

Whitney launched her acting career with The Bodyguard in the 90’s, with co-star Kevin Costner. She continued with Waiting To Exhale and The Preacher’s Wife. She has also been inducted into the Rock and Roll Hall of Fame, as of 2020.  “I Look to You” was Whitneys come back single after taking some time from the industry, right before her untimely passing. Her sister-in-law, Pat Houston, was close to her, serving as her longtime manager and made a documentary Whitney celebrating her life.

Whitney Houston was linked to having dated many high profile celebs. From Ray J, Tupac Shakur, and of course, Bobby Brown. She married Bobby Brown in 1992, after dating since 1989. Their marriage started fairly positively. Still, it wasn’t long before domestic violence, and drug abuse rumors were swirling along with video evidence in interviews or paparazzi snaps. They separated in 2006 after years of tumultuous partying and failure to give their daughter a proper place to grow up.

The Tragic Death of Whitney Houston

On February 11, 2012, Houston was found unconscious at the Beverly Hilton Hotel submerged in the bathtub unconscious. The Los Angeles County Coroner’s Office reported that her death was caused by drowning and “the effects of atherosclerotic heart disease and cocaine use.” Houston’s funeral was held at New Hope Baptist Church in Newark, New Jersey. It was a private event, invitation-only with friends and family in attendance. Her mother, Cissy Houston, and daughter Bobbi Kristina Brown, her closest family members were on the front lines, and her close friends included Bebe and Cece Winans, Alicia Keys, Tyler Perry, and Kevin Costner who gave a tear-filled eulogy.  Other celebrities that attended were Stevie Wonder, Clive Davis, Oprah Winfrey, Kim Burrell, Marvin Winans, and Jesse Jackson.

Aretha Franklin was supposed to perform but felt ill that day. Stevie Wonder showed to perform and played a rendition of “Ribbon In The Sky” for the funeral service. Ex-husband Bobby Brown was also in attendance, but briefly. Houston’s funeral was also televised for millions to join the in-person mourners. She was buried next to her father, in the Westfield funeral home, John Russell Houston, who’d passed earlier in 2003. 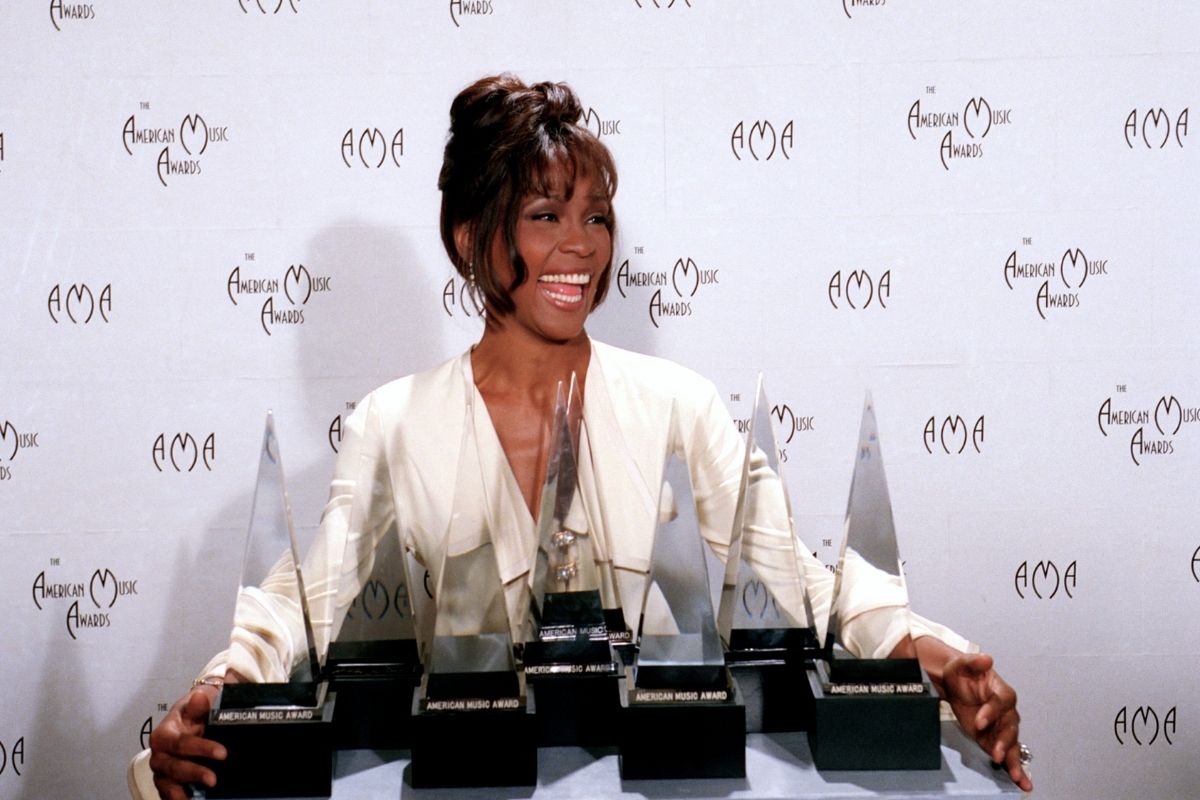