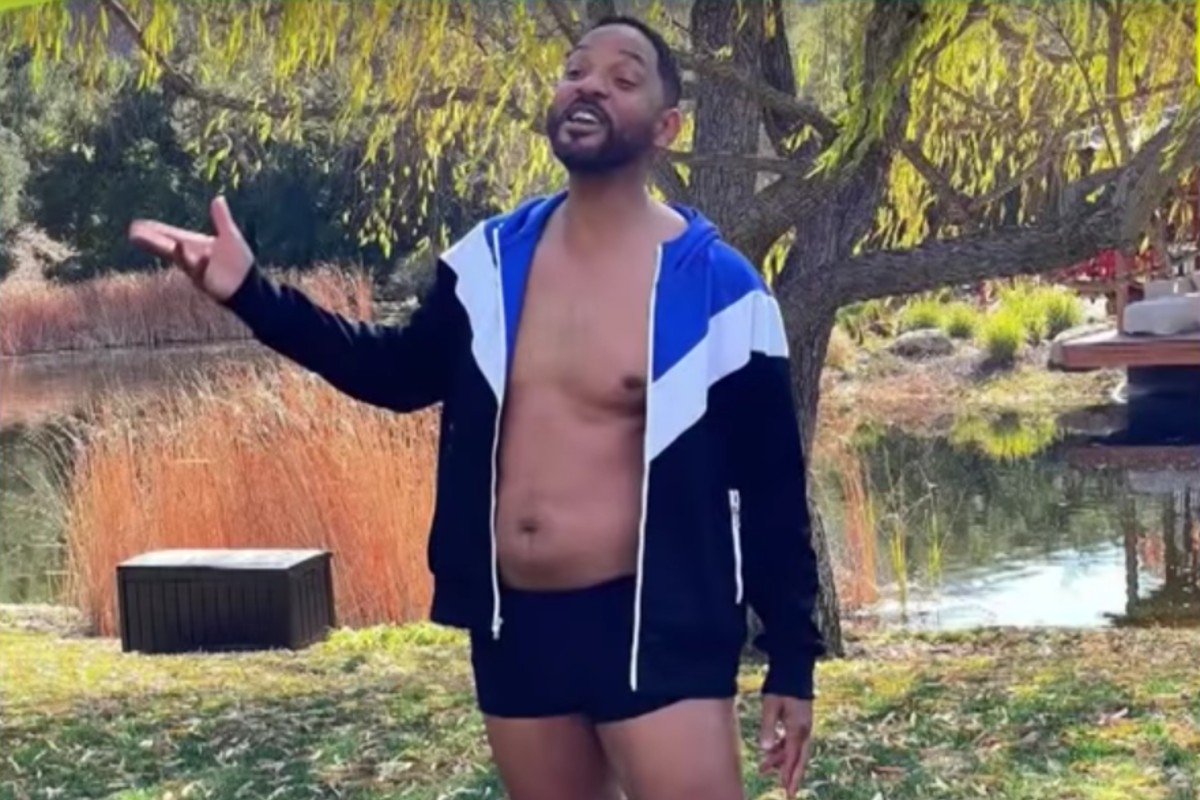 Ultra-cool, endlessly charming, ridiculously talented, and — somehow — still humble, Will Smith is easy to love. Right now, the 52-year-old actor might just be even more loveable — thanks to his latest Instagram post.

Will Smith’s Shows Off ‘Pandemic Bod’ in Shirtless Post

In the trending social media post, the Smith doesn’t show off sculpted abs or matcha tea latte art. Instead, it’s a picture of the shirtless actor showing off his pandemic-era ‘dad bod’.

“I?m gonna be real wit yall – I?m in the worst shape of my life,” the Fresh Prince of Bel-Air star captioned the pic, which shows him in short shorts and an unzipped hoodie.

Smith’s fans, family, and famous friends alike all chimed in to praise the star for his honest photo.

?You?re Will Smith!! You can be in whatever shape you want,? wrote British singer-songwriter Sonna Rele.

Iconic DJ Questlove commented, “This is the most amazing post in the history of social media”. So did director Ava DuVernay, who wrote: “I see no ‘worst’ here.”

Meanwhile, Fresh Prince co-star Nia Long reassured him: “You still got it baby!!!”

?Man! You have been in shape your whole life,? added Guillermo Garcia. ?Enjoy the dad bod with pride! Let?s end? the carbs discrimination.?

What has Will Smith Been up to?

Unlike fellow actor Mark Wahlberg (who recently revealed that he too has been packing on the pounds — but for a movie role), Will Smith isn’t bulking up for a part in a film. Instead, Will Smith attributes his weight gain to the lockdown-driven phenomenon of pantry grazing, which has impacted so many of us.

To be fair, the actor has stayed pretty dang busy during the pandemic. Along with director Antoine Fuqua, Smith has been filming Emancipation, a drama about runaway slaves. Last month, the film made headlines after Fuqua and Smith moved production out of Georgia to protest the state’s controversial new voting laws.

This year, Smith also appeared on the podcast “Pod Save America” to share his experiences with racism. Last year, the actor also starred in the Fresh Prince of Bel-Air reunion on HBO Max.

But after a busy pandemic, Smith says he’s ready to get back on track and prioritize his health.

“This is the body that carried me through an entire pandemic and countless days grazing thru the pantry,” the Bad Boys for Life star wrote. “I love this body, but I wanna FEEL better. No more midnight muffins?this is it! Imma get in the BEST SHAPE OF MY LIFE!!!!! Teaming up with @YouTube to get my health & wellness back on track. Hope it works!”

The Hollywood star is hardly a stranger to major body transformations. In 2001, the actor transformed his 185-pound frame into 220 pounds of lean muscle to portray iconic boxer Muhammad Ali in the movie Ali. And who could forget his chiseled jawline after torching 20 pounds of fat for the 2007 movie I Am Legend, or that illusive eight-pack he sculpted for Suicide Squad?

Watch: Meet Chris Gardner: The Man Behind ?The Pursuit of Happiness?