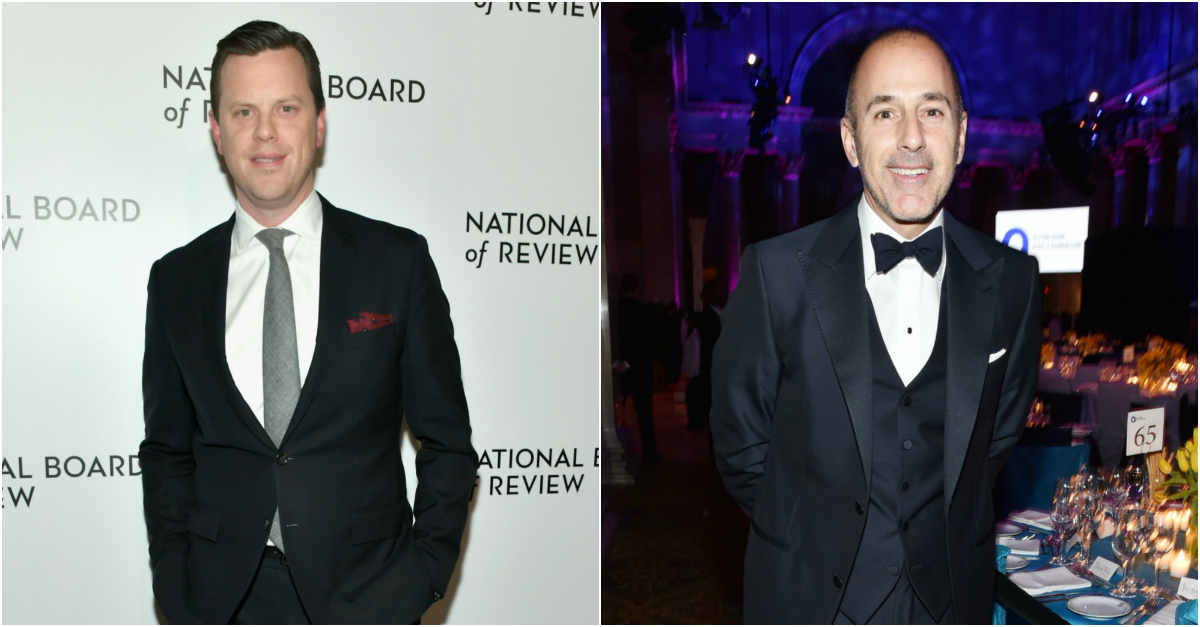 The “Today” show’s Willie Geist has revealed that he’s stayed in touch with his former colleague Matt Lauer in a recent conversation with Entertainment Tonight.

Lauer was dismissed from “Today” in November last year after multiple female colleagues came forward with allegations of sexual misconduct against him.

?I’ve texted with him just on a personal level,? Geist said. ?It was his birthday the other day, his 60th birthday.?

?He?s sort of reconnecting with his family and figuring everything out,” Geist added.

?They?re both my honest-to-goodness friends. I?m so happy for Hoda,? Geist told ET. ?They?re kickin? butt. They won the week again last week. I think they?ve won every week since they?ve started. You can?t not be happy for Hoda. She?s such a genuine, loving, feeling, energetic person. She deserves it, and it?s good for everybody.?

RELATED: ?Today? had something extra special to share with Hoda after her first week in Matt Lauer?s old chair

When news of Lauer?s firing made headlines, Kotb was by Guthrie?s side to deliver the news to viewers.

?I?m sure we will be learning more details as the hours and days come. We promise we will share that with you. All we can say is we are heartbroken,? Guthrie said on a Nov. 29 broadcast. ?We are heartbroken for Matt. He is my dear, dear friend and my partner and he is beloved by many people here. And, I am heartbroken for the brave colleague who came forward with her story and any women who have their own stories to tell.?

Kotb added, ?This is a very tough morning for all of us.?

Looking back on that somber day, Guthrie said told PEOPLE that she was happy Kotb was by her side.

?That morning was so hard, but Hoda and I were in it together. We are family, and families do go through hard times, and when that happens in good families, you just get closer.?

Matt Lauer offered his congratulations to Kotb after it was revealed that NBC News decided to promote her to Savannah Guthrie?s co-anchor.

?He was sweet this morning. Certain texts popped up, and there was one from Matt: ?Congratulations!’? Kotb told E! News. ?And he said some nice words.?

Kotb continued, ?It meant the world to me to hear from him. It was really nice.?

Following the initial allegations, Lauer released a statement apologizing for his actions.

?There are no words to express my sorrow and regret for the pain I have cause others by words and actions,? Lauer said in part, in the statement. ?The last two days have forced me to take a hard look at my own flaws.?