Johnny Depp Proposed to Winona Ryder 5 Months After They Met 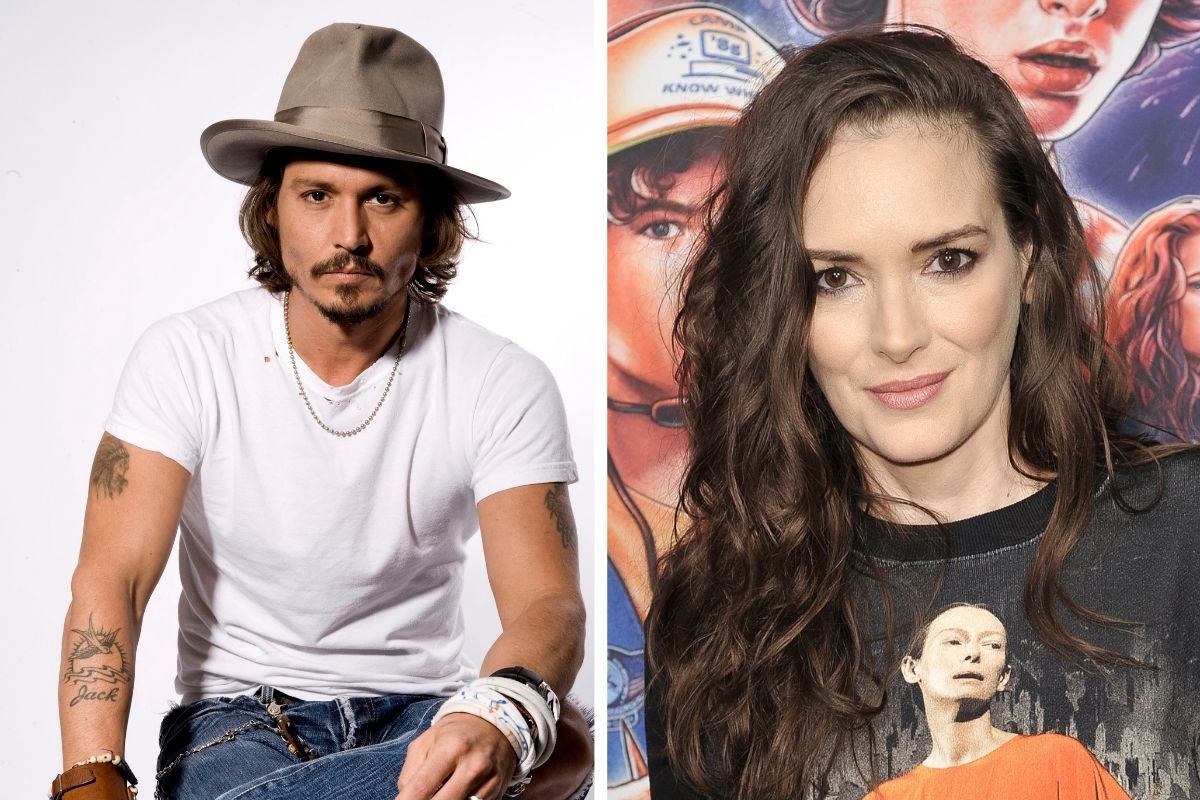 In what may be one of the most dramatic statements I’ve ever heard, when Johnny Depp and Winona Ryder broke up, the split, “took his soul. Incase you didn’t know, Ryder and Depp were pretty much the “it couple” in the late 80s/ early 90s. The former couple’s story was a ‘love of first sight’ type of deal. During the premiere of Great Balls of Fire, Winona Ryder’s film with Jerry Lee Lewis, the couple locked eyes. Ryder was getting a coke and spotted him across the room. According to Depp, “It was a classic glance like the zoom lenses in West Side Story, and everything else gets foggy.”

Ryder was just 17 years old, and between her and Depp, there was a 9 year age difference. But it didn’t stop them from experiencing true love. He was her first everything- kiss, boyfriend, the first time. Everything. They did intellectual things like collect first editions, read poetry, and of course, co-star in director Tim Burton’s Edward Scissorhands together.

After dating for five months of dating, Depp proposed to the Beetlejuice star in 1990. Winona mentions that time fondly, saying, ?When I met Johnny, I was a pure virgin. He changed that. He was my first everything. My first real kiss. My first real boyfriend. My first fiancé. The first guy I had sex with. So he?ll always be in my heart. Forever. Funny, that word.?

The breakup seemed to come out of nowhere to most people. The couple had only been together for three years. The Pirates of the Caribbean star even got that tattoo “Winona Forever” on his bicep, remember? It reads “Wino forever now.” According to Tim Burton, he says he felt like watching the two youngsters group up in the Hollywood spotlight. As we know… it ruins everything. Just kidding. But, it did play some part. Depp famously said ?It?s tough to have a personal life in this town. In my relationship with Winona, it was my mistake to be as open as we were. I thought if we were honest, it would destroy that curiosity monster. Instead, it fed it, gave people license to feel they were part of it.?

Neither of them seemed to be doing very well after their split. Depp dated Kate Moss, and according to Tim Burton, the Ed Wood star would cry on set because Ryder had taken part of Johnny’s soul and Johnny’s love. On the other hand, Ryder was suffering on her own from the heartbreak with depression and anticipatory nostalgia. She was prescribed sleeping pills and also drinking all day…as do all breakup-ees. The part that got bad was when she fell asleep with a lit cigarette and woke up with her room aflame.

We have all seen the two move forward with their lives. Depp dated Kate Moss, Juliette Lewis, Vanessa Paradis, and Amber Heard. When Depp and then Ex-wife Amber Heard split on Depp’s allegations of being “verbally and physically abusive,? of course, the Stranger Things star was asked to speak on it. She said: ?He was never, never that way towards me. Never abusive at all towards me. I only know him as a perfect, loving, caring guy who is very, very protective of the people that he loves.? Currently, Depp is single. Ryder dated Matt Damon, allegedly Beck, British model James Gooding. However, since 2011, she has been dating Scott Mackinlay Hahn, a fashion designer and the two seem very happy together.

Last year Deep lost his libel case against “The Sun” after undergoing several claims of domestic abuse against ex-wife Amber Heard. Deep originally fought the UK tabloid newspaper, but lost the case in court, which then, unfortunately, made Depp look guilty. Considering that the A-list actor drew a lot of attention from the public eye surrounding the case, several major studios, who once supported the actor, began to pull away. It was announced that Warner Brothers had asked Johnny Depp to step down from his role as Gellert Grindelwald in Fantastic Beasts 3, which is part of the Harry Potter franchise. Rumors began to swirl that Disney was officially dropping the iconic Jack Sparrow actor from the Pirates of the Caribbean franchise.

This proved to be true after Disney admitted that Johnny Depp’s character has been scraped from the Pirates of the Caribbean 6. Now in 2021, the actor released a letter to his fans where he stated he’s moving on from the past year?s trauma and choosing to forgive those who have talked against him. His statement read, ? Though the world is in mourning for better days, I hope all of you are able to find a moment tonight to smile and more importantly, to laugh and make others laugh, as much as possible. I know this may be difficult in the midst of these trying times, but I wish nothing but happiness and health to all. May you be surrounded in perfection. With all my love and respect, JD.”