The 10 Fast Facts You Should Know About the Pioneer Woman 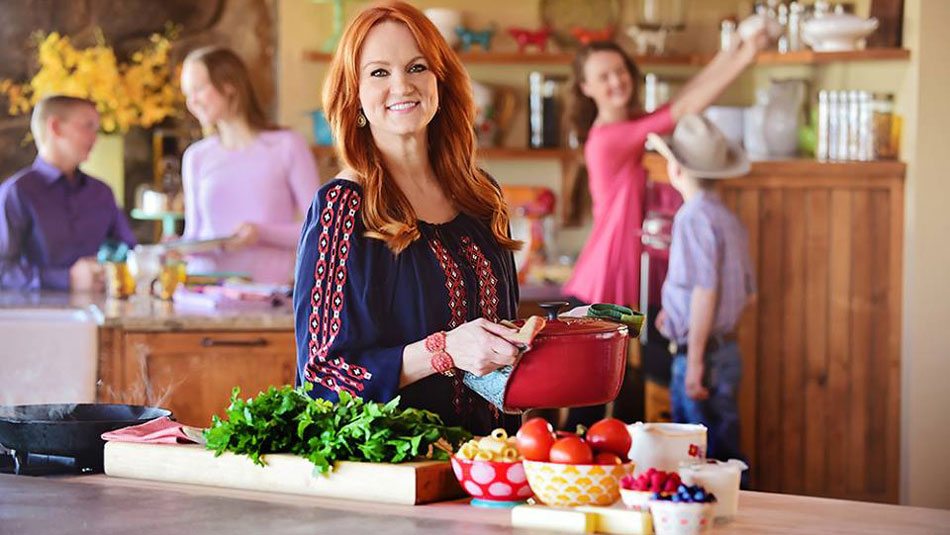 Today, American celebrities aren’t often considered role models with solid family values and a foundation of faith and respect that should be emulated. From the Heartland, however, we’ve seen the rise of Chip and Joanna Gaines through the television show, “Fixer Upper”, and we’ve watched as Ree Drummond, the Pioneer Woman, has gone from a rancher’s wife to a Food Network star with a top-quality cookware line and, now, even a gorgeous bedding line at Walmart.

Drummond has coined the phrase The Pioneer Woman not only for herself and her blog, but also for her hit cooking show dedicated to a slower-paced lifestyle that holds family values and home cookin’ near and dear to viewers’ hearts. Though her life seems to be solely about making food for us to virtually drool over, the mother of four still has time to help my husband with the farm animals at 4 a.m.; there’s more to Mrs. Drummond than meets the eye.

1. Drummond once considered herself a city girl.

Though she’s considered the epitome of country living, she spent time on the West Coast for college at the University of Southern California

In her book, The Pioneer Woman, she recounts her experience visiting her hometown in Oklahoma where she met the man she would later call her husband at a bar, but says in her book, “…it didn’t really matter anyway, I’d tell myself. I was headed to Chicago. To a new city. To a new life. I had zero business getting attached to anyone around there, let alone some Wrangler-wearing cowboy…Talk about my polar opposite.”

Oh how things change right before our eyes. And we’re grateful they did!

2. Along with her show and website, Drummond also created an online food community, Tasty Kitchen, in 2006.

On the site, users can sign up (for free!) and share recipes of their own, and utilize others creative concoctions.

3. Aside being a chef who makes us (willingly) drool for thirty minutes at a time, Drummond is also a poet.

Well, sort of. At the beginning days of her blog, she made a couple posts attempting to write poetry — something she, for lack of a better word, doesn’t fully understand.

4. Drummond refers to her husband as Marlboro Man.

It was due in large part to her first impression of his demeanor and attire.

5. During her time in Los Angeles, Drummond became a vegetarian.

Yes, you read that right. The woman whom we love and adore for her luscious fried chicken and Frito chili pie was once a vegetarian.

6. Though Drummond has a notable blog and show on the Food Network, she also once dabbled in writing children’s books.

In 2011, Drummond’s book, Charlie the Dog, was published. The book’s main character, Charlie, was the Drummond’s Basset Hound. Unfortunately in 2017, Charlie passed away, leaving a Basset Hound-sized hole in the family.

7. The woman best known for her love of the land, her family, and her man also has another love in her life.

Drummond was a ballet dancer in her teenage years, and still carries the skills with her today.

8. Drummond often wakes up at the bleak hour of 5 a.m. to watch, and help, her husband wrangle cattle.

If that’s not love and dedication, I don’t know what is.

9. Tagging along with her love of family, Drummond has her four kids homeschooled.

She’s obviously the head of the classroom.

10. Her site even has an entire section dedicated to homeschooling.

Drummond provides resources, tools and content for other homeschoolers browsing the worldwide web.

Oh Ree, how much do we love thee? Let us count the ways!

Read More: Government pays “The Pioneer Woman” to use her massive estate