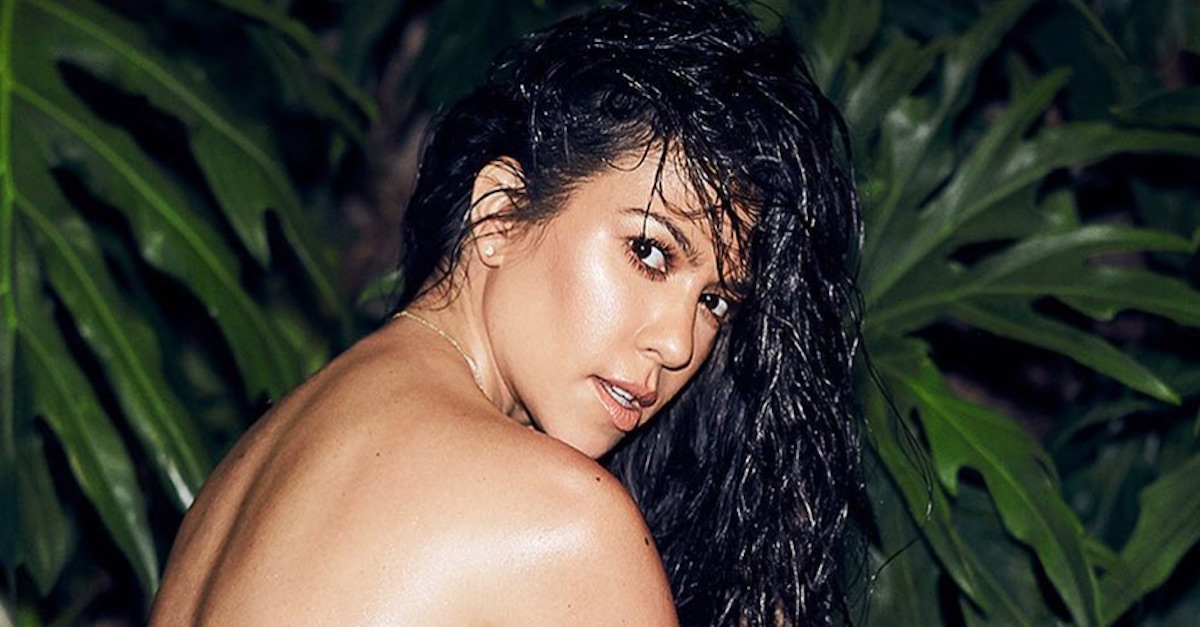 Weeks after her little sister stripped down to her skivvies to celebrate the new year, Kourtney Kardashian is following suit.

The 38-year-old mother of three posted a flashback photo to her Instagram on Jan. 10 showing her wearing nothing but fresh air. It featured her sitting on a rock and surrounded by giant leafs with her back to the cameraperson, with her assets on (partial) display. She captioned the racy photo, “Fitness week, on my app 🌿.” As it turns out, the image was taken as part of a photoshoot the eldest of the Kardashian clan completed in honor of her 38th birthday. In clips shown on her family’s reality series, she took the nude shots right in her backyard — surrounded by a slew of cameramen and sisters.

RELATED: A New Year, a new naked photo of Kim Kardashian West to break the internet all over again

Just after New Year’s Day, Kim Kardashian West, 37, who’s expecting a third child via surrogate this spring, began the naked trend with her own almost-nude photo. In it, she’s covered her chest with her hands while wearing only a skimpy white thong. “Rise and grind,” she wrote as a caption.

The reality star has had a long history of “breaking the internet” with nude photos, but her husband, Kanye West, doesn’t mind in the least.

“I love her nude selfies. Like, I love the ones from the side, the back ones, and the front. I just love seeing her naked; I love nudity,” West told Harper’s Bazaar. “And I love beautiful shapes. I feel like it’s almost a Renaissance thing, a painting, a modern version of a painting. I think it’s important for Kim to have her figure.”