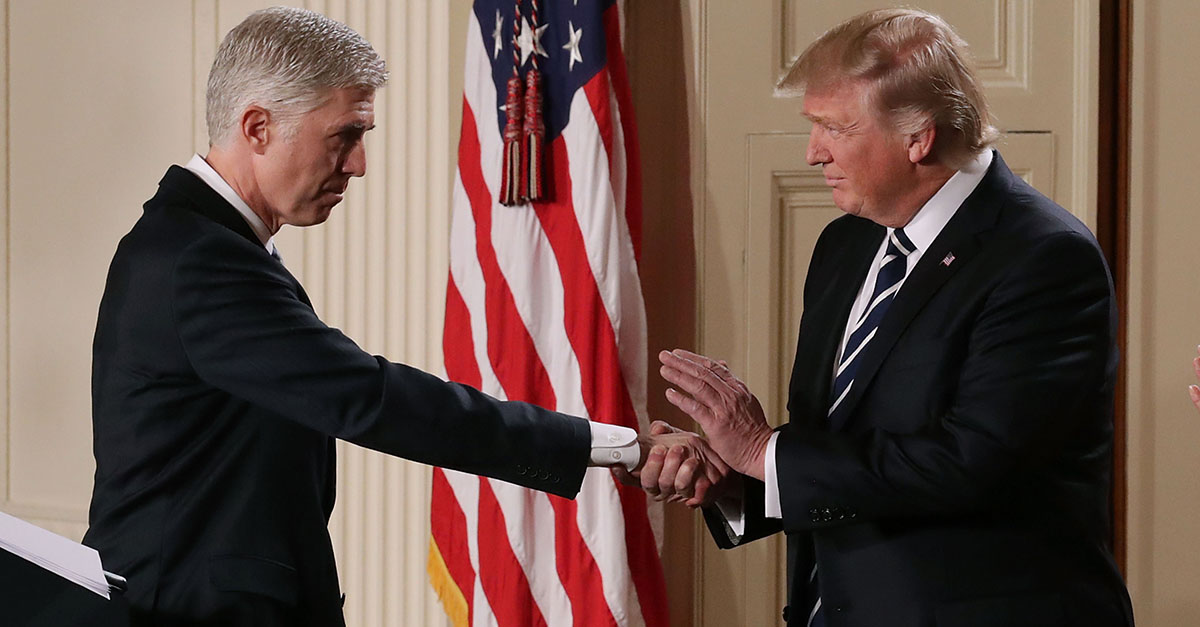 Photo by Chip Somodevilla/Getty Images
WASHINGTON, DC - JANUARY 31: U.S. President Donald Trump (R) shakes hands with Judge Neil Gorsuch after nominating him to the Supreme Court during a ceremony in the East Room of the White House January 31, 2017 in Washington, DC. If confirmed, Gorsuch would fill the seat left vacant with the death of Associate Justice Antonin Scalia in February 2016. (Photo by Chip Somodevilla/Getty Images)

Celebrities were fired up on social media again this week.

On Tuesday, President Donald Trump announced his nomination of Neil Gorsuch to replace the late Justice Antonin Scalia on the Supreme Court. While some may approve the nomination, several outspoken celebrities took to Twitter to voice their opinions.

RELATED: Amy Schumer defends her cousin after Trump accuses Senator Schumer of having ?fake tears? in wake of immigration order

Like all arch conservatives, I assume Gorsuch will be celebrating tonight on Grindr.

If Dems are smart they will ask @POTUS what they can get from him in exchange for a quick @scotus approval. Negotiate with the negotiator

Why is "Gorsuch" trending? Why the sudden interest in my D&D demi-liche necromancer character?

Gorsuch is extremely anti-LGBTQ and this is a #StolenSeat that belonged to Merrick Garland.

Singer Miley Cyrus went for a simple retweet of GLAAD’s opposition on Twitter.

What a Justice Neil Gorsuch would mean for #LGBTQ Americans https://t.co/ynYL5Z19PP

Clearly, some in Hollywood are not happy with the pick.