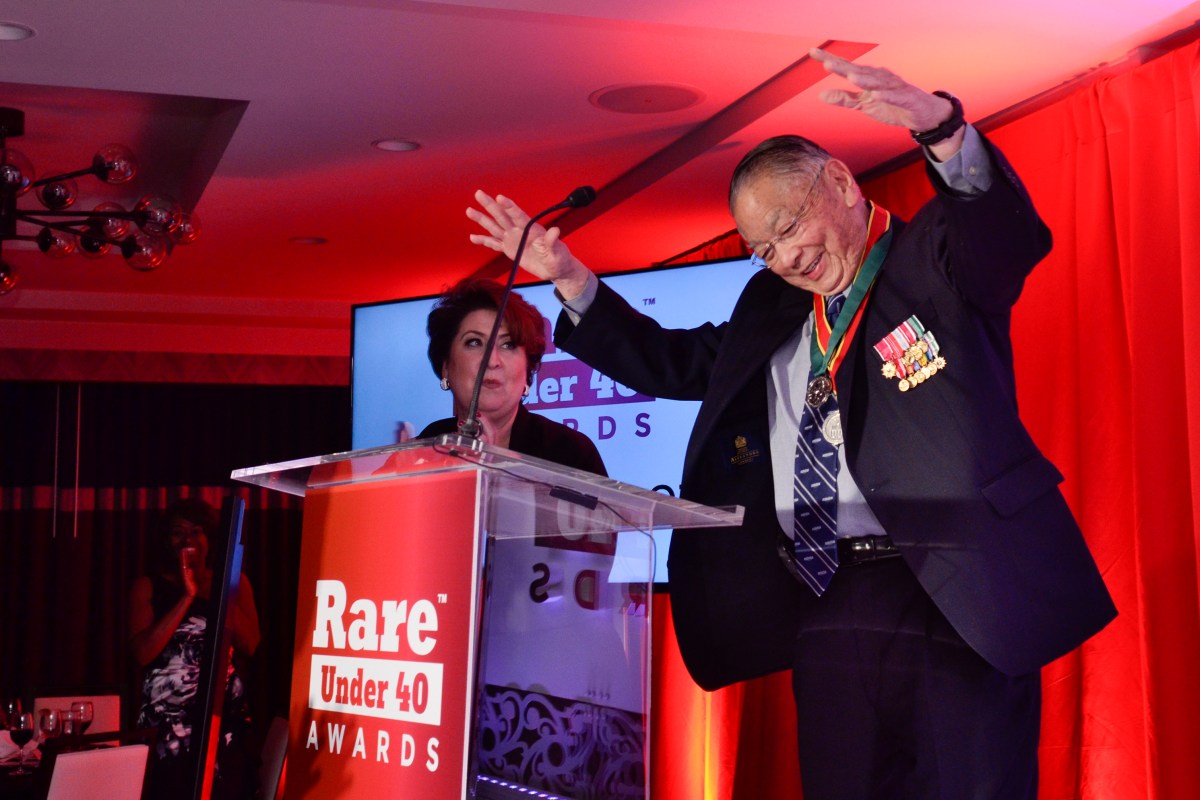 What a better way to honor your country and show your patriotism than with impromptu song?

This was the case for attendees and honorees of Rare’s inaugural Under 40 Awards when keynote speaker, veteran and guest of honor Wade Ishimoto led the room in a spontaneous rendition of “America The Beautiful.”

RELATED: These veterans are shining examples of what it means to be Rare Under 40

According to the Japanese American Veterans Association, Ishimoto began his affiliation with the Special Forces Regiment in 1968, when he conducted classified human intelligence cross-border operations in Vietnam.

He continued service with the 1st Special Forces Group (Airborne) while leading a civic action and humanitarian relief mission to the Miyako Islands, Okinawa. He was also the intelligence officer and road block security team leader on the ill-fated 1980 mission to rescue 53 American hostages in Tehran, Iran. Even in retirement, Captain Ishimoto continued to contribute to the Special Forces community, including planning and directing national interagency exercises against terrorism, developing the Nuclear Emergency Support Team Key Leader training program, and improving recapture/recovery operations of nuclear weapons.

Grace Killelea, host and emcee of the event, noted what a special moment Ishimoto’s song suggestion was. There were tears in her eyes.

The Rare Under 40 Awards aim to highlight millennial game-changers who are standouts in their arenas and communities.