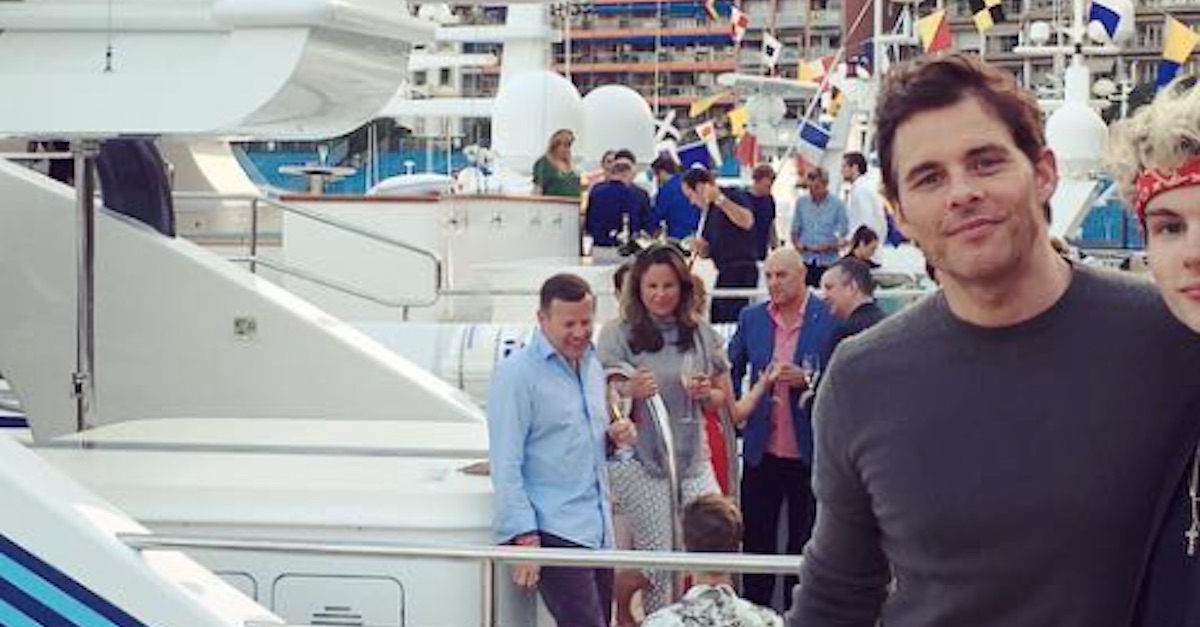 Jack Marsden just made his catwalk debut in Milan where he strutted his stuff at the Dolce and Gabbana sho during Men’s Fashion Week.

Could not be more proud of my oldest son @jackmmarsden walking his first show for @dolcegabbana and their Men’s Fashion Week Fall/Winter 2018/2019 campaign in Milan today! 🕺🍾 Thank you Domenico and Stefano for having us! #proudpapa #DGKingsAngels #DGfw19 #DGMen #DolceGabbana #DGmillenials #MFW

?Could not be more proud of my oldest son @jackmmarsden walking his first show for @dolcegabbana and their Men?s Fashion Week Fall/Winter 2018/2019 campaign in Milan today! ?? Thank you Domenico and Stefano for having us!? the 44-year-old “Hairspray” actor captioned the images, along with the hashtag ?#proudpapa.?

The post featured photos of Jack strutting down the runway, as well as some backstage shots including a picture of James, Jack and designer Domenico Dolce!

?I?m super thankful to have walked my FIRST runway with@dolcegabbana and have gotten to make new friends ??,? the teenager wrote on his own Instagram post.

?He?s slowly dipping his feet in the waters a little bit. He?s testing it out to see what it?s about and what it means and if it feels right for him. He?s taking it very slowly and cautiously,? the “Enchanted” star said. ?If it?s something that I can help him with, then I will. He?s 16 and figuring out his world and who he is and what his strengths are and what his passions are and what he wants to do.?

James added, ?It would have been crazy for me at 16, but nowadays, this is when people start. It?s nuts. But we?re supporting him. I didn?t know what the hell I wanted to do at that age. I think he?s just trying to figure it out. You don?t think ?career? at 16, but if he wants to learn about it, great.?

RELATED: Pierce Brosnan?s dashing son Paris proved he was all grown up when he made his catwalk debut