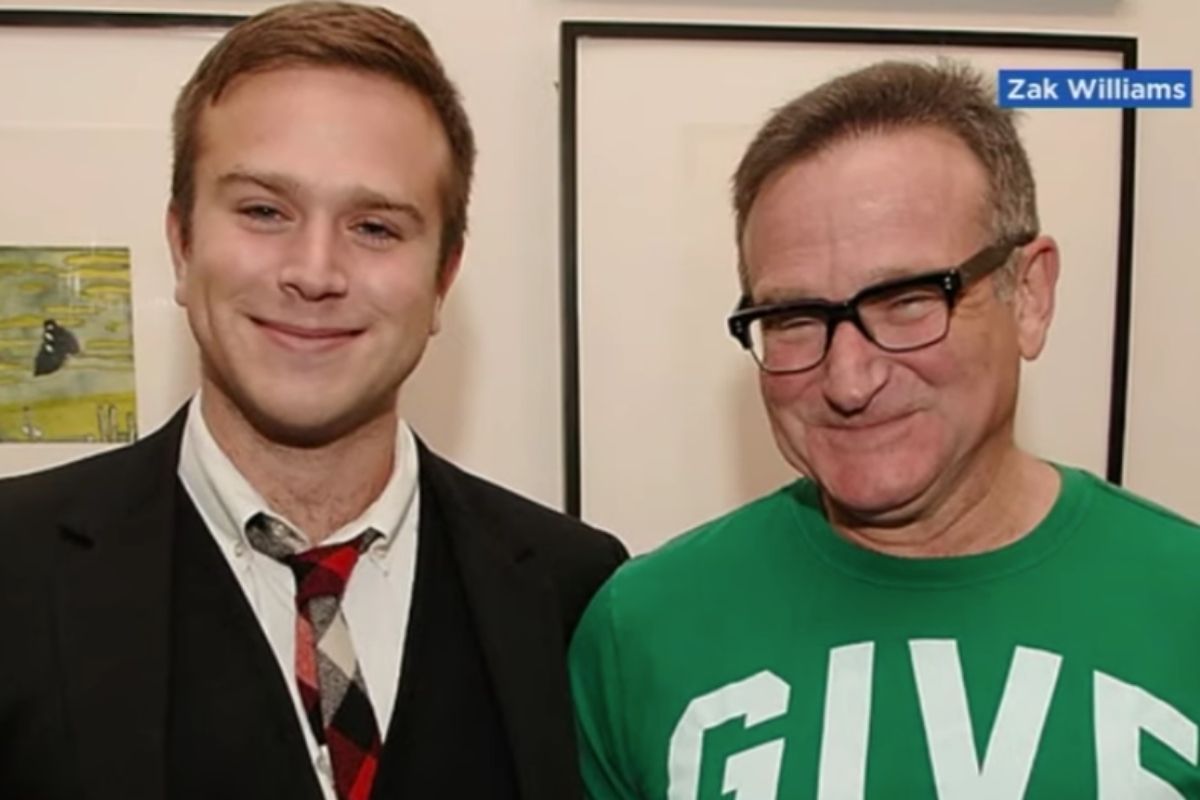 Comedian Robin Williams’ son Zak Williams opened up about his tough journey to healing after his father was suffering from Lewy body dementia and died by suicide back in 2014. He talked to People Magazine about his mental health, when he turned to heavy drinking to cope with his father’s death to recently becoming a husband and father. And the emotional journey wasn’t easy.

“I was deeply unhappy and feeling extremely isolated and broken,” he said describing how his drinking got out of control, “I was traumatized.” Zak shared memories of his late father that brought him great joy, but also explained how not knowing how to cope with his dad’s death is what drove him to self-medicate and his deep depression.

He said, “Ultimately, I found that if I continued living that way, it wasn’t a life that was worth living. Something had to give.”

Soon, he started to attend recovery group meetings, getting back to a healthier lifestyle with the help of therapy. As his healing started to break through, he started to pay it forward in working with organizations such as Glenn Close’s nonprofit, Bring Change to Mind, and a national policy and advocacy group that is working to guarantee all Americans access to quality, affordable mental health care called Inseparable.

This year, he launched his own company, PYM for Prepare Your Mind, promoting mental health support. And now, he has just married Olivia June in Los Angeles, California, at the Paramour Estate on World Mental Health Day. The newly wedded couple are parents to their 17-month-old son Mickey, whose full name is McLaurin Clement Williams; and McLaurin was Robin’s middle name.

I had the great joy of marrying my best friend @oliviajune today! It went awesome and we couldn’t have tied the knot on a better day. #WorldMentalHealthDay pic.twitter.com/ANtAW109zg

“I’m thrilled to have a family and live the life that I always wanted to live,” he says. “I’ve learned I’m not broken. Despite experiencing traumatic events, I can recover. And I am now on a path of healing and being the person I always wanted to be.”

It’s important to encourage seeking out help from support groups if you or someone you know is suffering from mental illness. We can all be mental health advocates because mental health issues shouldn’t ever be taken lightly. If you or someone you know is at risk of suicide please call the U.S. National Suicide Prevention Lifeline at 800-273-8255, text TALK to 741741 or go to SpeakingOfSuicide.com/resources for additional resources.