The View From These Dark-Sky Parks Will Leave You Speechless 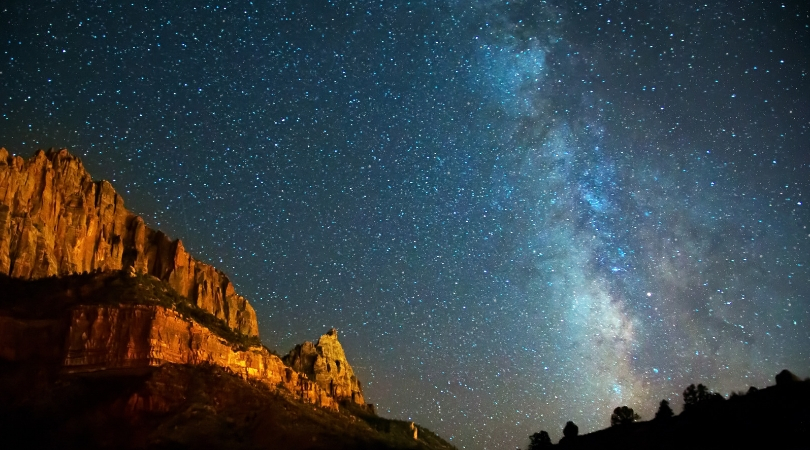 International Dark-Sky Association (IDA) is an organization working to decrease light pollution and skyglow in the night-time environment as well as promote areas for safe stargazing. Since most stargazing in the night sky can’t be done with the naked eye, the IDA has set aside refuges called Dark Sky Parks. The purpose of this act and organization is to promote astronomy and the designated land areas are usually housing an observatory or stargazing area.

Typically the IDA uses the term “reserve” to identify itself, not “preserve” or “park.” However, since many groups have worked independently to set up their Dark-Sky Preserve program. Which is why they are still alternately known as the IDSR, ‘International Dark Sky Reserve’ and parks and IDSP, International Dark Sky Park.’

So, that being said, here are the must-see U.S Dark Sky Parks you should probably check out this year.

Just 2 nights remain of the 2019 Grand Canyon Star Party – on both north and south rims of the park. On the South Rim you are invited to view the stars and planets through 50 telescopes at the South Rim Visitor Center (shown in this photo) The event is free and open to the general public. . The last night is Saturday, June 29. . #GrandCanyon #Arizona #Astronomy #StarParty #100YearsOfGrand #GoGrand #Flagstaff #NAU . [Image: a starry night sky with part of the Milky Way visible above a telescope lot illuminated by red lights. NPS/M.Quinn]

The Grand Canyon has officially become a Dark Sky Park and is one of the most recognizable parks in the world. While the tourist attraction is working to install dark, yet sky-friendly lights, the darkest skies can be seen from the canyon floor. It consists of over 4,926 square kilometers of U.S. federal lands on the Colorado Plateau.

The Park preserves around 446 kilometers of the gorge of the Colorado River, which crosses at Lee’s Ferry in the northeast to Lake Meade. The canyon’s natural structure stands up to 29 kilometers wide and almost 2 kilometers in-depth. In 2016, the park was awarded Provisional International Dark Sky Park status. By June 2019, it was awarded full status in time for the 100th anniversary of its establishment.

This location is one of the 10 certified international Dark Sky Sanctuaries in the world. The 3.5-acre spot in the western part of New Mexico and you’ll find clear night skies for your viewing! it is located between the Gila Wilderness and the Blue Range Primitive Area, located on land managed by the US Forest Service.

The Cosmic Campground offers a full 360-degree unobstructed view of the night sky, perfect for their popular “star partied.” This since it is situating where the nearest significant source of artificial light is more than 40 miles away across Arizona state line.

Designate last year in 2018, this southern California Desert houses another member of the International Dark-Sky Community. Since it is close to a town working to preserve the night sky and offset light pollution, safe to say state park is a great spot.  The California Desert is also part of the Borrego Springs International Dark Sky Community. The light pollution of the 350,000 acres of the park is minimal, giving the proximity to a town that is committed to preserving the night sky.

It is the country’s second-largest state park after the New York Adirondack State Park. Anza-Borrego, who is merged of two former constituent stake parks, takes its name for both the 18th-century Spanish explorer Juan Bautista de Anza, and Borrego, the Spanish word for the bighorn sheep in the area.

A glimpse of our Milky Way

South of Orlando the Kissimmee Prairie Preserve rests where you can bring your telescope and stargaze away from city light pollution. It is a 54,000 acres property and one of the largest parks in the Florida State Parks System.

According to park staff, it is “located away from the population centers, KPPSP is a prime destination for people who want to get away from the stresses of their everyday life. They come to experience the long prairie views, the song of Eastern Meadowlark, the wind through the palmettos and grasses. And they stay the night for the peaceful and star-studded evenings.”

This 550-acre Dark Sky Park is on the Lake Michigan shores. This park is by far my favorite! There are multiple public viewing nights hosted where you can stay all night at Headlands Observatory for just $3 per person. There is a strip of beach that is perfect for stargazers to glimpse the Milky Way. Also, if you are there at the right time, you can even see the Northern Lights.

Texas, oh Texas, you have never looked so beautiful! This special U.S. national park is known for its hiking and backpack trails, located in the “Big Bend” of the Rio Grande River. Which yes, it marks the middle of Mexico and the state of Texas, and is one of the largest parks in the United States.

The park is home to over 1,200 different types of plants and over 450 species of birds. Its biodiversity natural beauty heightens the stargazing experience that is found within its 800,000 acres by night. Fun fact, some of the most ancient rocks in the park are said to be over 500 million years old! Yikes! Now THAT is a historical park.

Now, these are just a few of MY favorite parks that I happened to come across. But, according to the International Dark-Sky Association, there are over 60 in the United States alone! Head to the WorldAtlas site to find one (or more) near you! Some of these locations include Arizona, Utah, Pennsylvania, Ohio, Illinois, Tennessee, and so on!