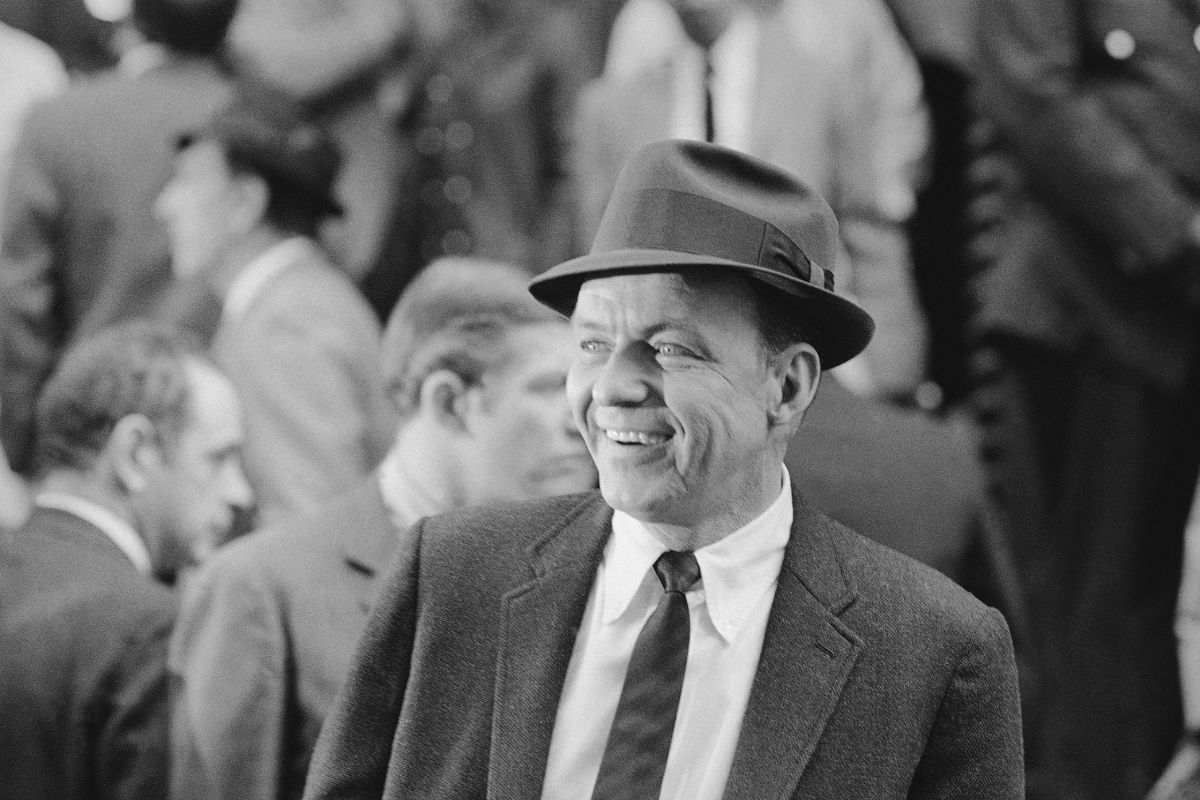 There’s no doubt that when anyone puts Frank Sinatra on, there’s a classically timeless vibrance in the air. It’s a swagger that is undeniably smooth and cool, and you get taken back to the more simple pleasures in life that defined the 40s and 50s in music. And of course, as big of star Sinatra was, it’s only standard that the home he bought with his first million dollars oozed “allure and sex appeal.” Alas, his famous Palm Springs home, the Twin Palms Frank Sinatra House, holding memories of probably the most epic parties during their time, is actually open to rent.

Sinatra had approached architect E. Stewart Williams requesting Georgian-style designs for his mansion, including a brick facade and column. Williams, however, suggested that Sinatra follow a more desert appropriate style, considering the location he chose was in an arid part of California. And soon the house was filled with all kinds of memories, good and bad, that come from the home of one of Hollywood’s greats.

The house witnessed just as many parties for celebrities and family gatherings surrounding Sinatra’s iconic life as it saw the mishaps that come with being this famous. It saw his nasty divorce with his first wife Nancy Barbato and also his marriage with his second wife Ava Gardner. Nevertheless, the Twin Palms home and master bedroom was Sinatra’s safe place, where he could go to escape the public eye and unwind.

The mid-century modern four-bedroom house stretches over 4,500 square feet, with seven bathrooms, a piano-shaped swimming pool, a pool house with a kitchenette, Sinatra’s original recording studio, and plenty of Sinatra memorabilia around. Aside from the obvious twin palm trees that sit by the pool, hence the name of the house, where Sinatra used to hoist his Jack Daniels flag up, there’s also a chip in one sink from when Sinatra was arguing with Gardner, a result from him slamming a champagne bottle.

Get a nostalgic peek into Twin Palm's social life. We hope you enjoy this classic photo. pic.twitter.com/C540ejoS

The Sinatra estate is decorated with vintage designer furnishings mixed with modern appliances in the kitchen, the master suite, guest suite, guest bedroom, and exterior entrance guest room. 1148 East Alejo Road in the city of Palm Springs is a straight 30-minute drive from Coachella valley and maybe a 15-minute drive from Rancho Mirage. And now it’s open for private events, vacation rentals, or whatever event you find appropriate for the Twin Palms estate.

It’s most definitely not cheap. To hang out in the same living room that Ol’ Blue Eyes himself treasured with his loved ones starts out at a whopping $2,500 a night. But when you look at a beautiful home filled with a fluid mix of vintage and modernism, it’s probably worth the price. I mean, those vacation photoshoots just really leveled up in staying in a place like this.

You can check out the website for more information and if you (and eight other people) want to put down that kind of money for a truly genuine Sinatra experience.