Loftus Hall: Irelands Most Haunted Mansion ‘Where Devil Lived’ is For Sale 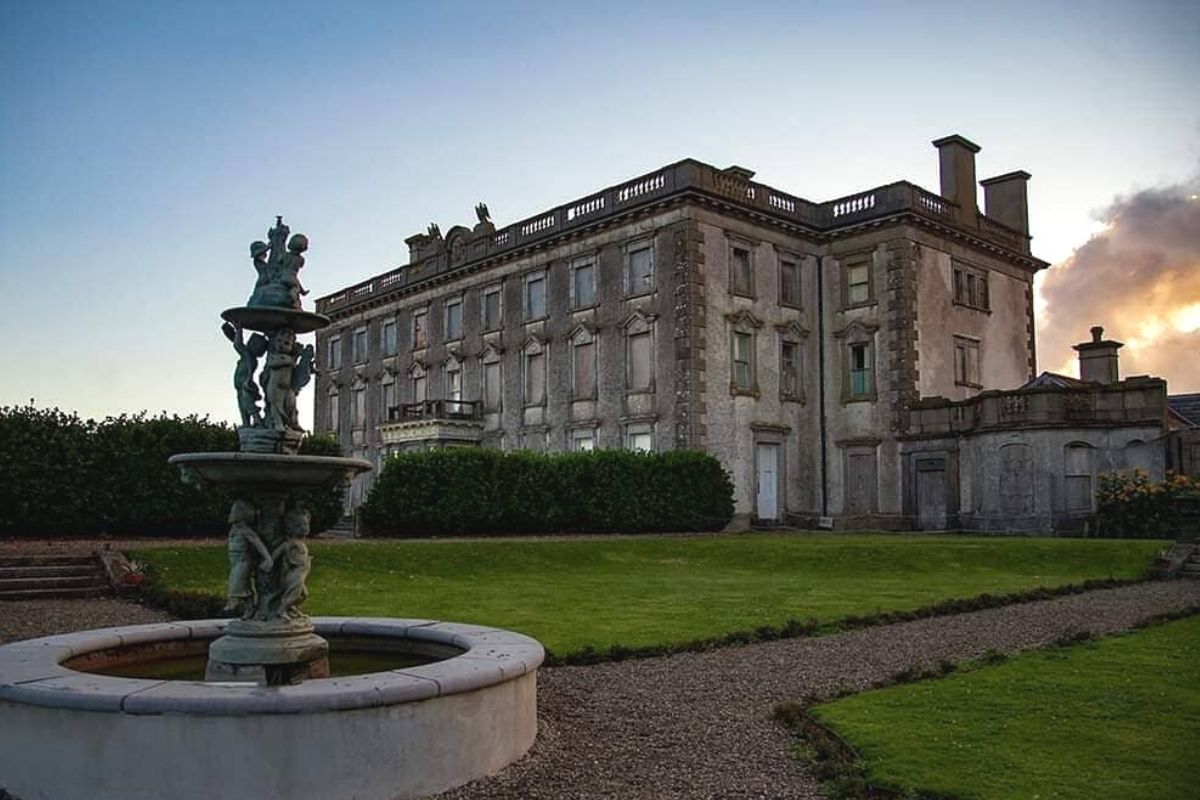 “There is always a feeling that you are not alone in Loftus Hall,” these are the words of the present owner, Aidan Quigley, of the Quigley family. Loftus Hall in Ireland is said to be one of the most haunted houses in the entire country. The country house is located in Fethard on Sea in County Wexford. Next to it is the hook peninsula. There are multiple ghost stories of death in the Loftus hall that have undoubtedly caused potential buyers to pass on the property, which is now up for sale. As of now, the Quigleys brothers are attempting to sell the 22 bedrooms Georgian mansion for $2.87 million.

It is said to be the place where the “devil himself once lived”. The history of Loftus Hall dates the castle being built in 1170 Norman Knight. Raymond le Gros changed his name to Redmond. When the black death (black plague) crept in during 1350, the Redmond family renovated and named it Redmond Hall. However, the Hall was seized by the English Loftus Family in 1650 under Oliver Cromwell’s conquests. The Loftus family remained the Redmond Hall to the Loftus Hall, naturally. In the 1800s the First Earl of Ely, essentially Baron Loftus of the Loftus hall, created the Marquess of Ely. (In short, more name and title changes, this man later became known as part of the Tottenham family).

The legend of Loftus hall goes like this. On a rainy and cold evening in 1775, an Irish family, the Tottenham family, offered shelter to a man who knocked on their door. This wasn’t a strange occurrence; in fact, it happened often. You see, their home faced a private shoreline (Hook peninsula, remember?), and often sailors sought refuge at their home during storms. The unnamed man was offered to stay with them for several days.

While he was the Tottenham family’s guest, he was especially nice to one of their daughter, Anne Tottenham. One night as the family and their guest played a game of cards, Anne dropped something – some local legends say the item was a ring, others a playing card. Regardless, when she leaned down to fetch her object, she saw that the guest did not have legs like the rest of them, but cloven hooves under the table. When she screamed, the visitor vaulted through the ceiling, leaving the family alone in a cloud of smoke and sulfur.

In an attempt to recover, Anne isolated herself in the Loftus Hall’s tapestry room. That is where she died soon afterward. Another slightly different consideration of this story was that the visitor impregnated Anne of the Tottenham family, and since she was unmarried, this made him “evil”. And then, they let the baby die..?  But there isn’t any proof of this either way. Pretty scary stuff, though, huh?

Flash forward to years later, the Loftus mansion needs renovations, and that’s why current owners Shane and Aidan Quigley are selling. They obtained it at $800,000 in 2011. But, the shocking history has still clung to the building, even after many renovations were completed. They have even offered haunted tours and overnight stays in which people have reported seeing and hearing many bone-chilling sights. How do you, though, renovate the haunting of the devil himself and a woman he scared to death?

Watch: The Most Haunted Places in Houston, Texas