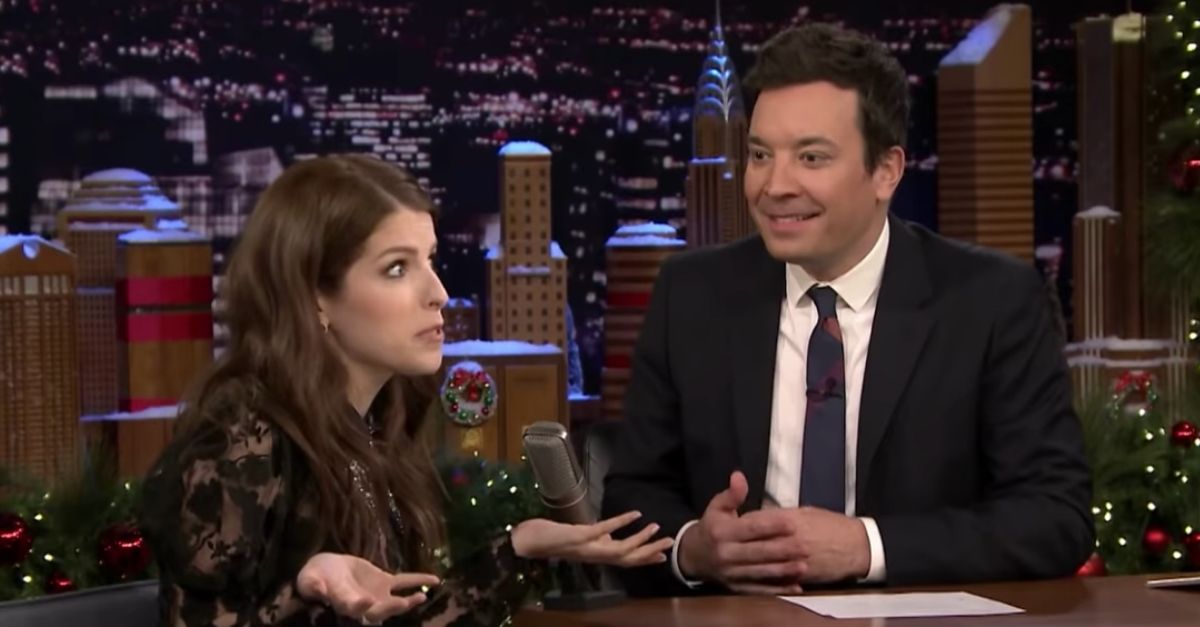 Pitch Perfect 3 star Anna Kendrick can obviously sing and dance as many Hollywood celebs can, and she was nominated for an Academy Award for her role in 2009’s Up In the Air, so we know she can act too. But did you know that Anna Kendrick’s impressions are pretty on point too? Well, she’s really great at one particular impression to be precise.

“I do one impression, and it’s the weirdest impression, too,” she told host Jimmy Fallon on her episode of NBC’s the Tonight Show Starring Jimmy Fallon. “I should have like a Christopher Walken or something, and I have a Kristen Stewart. I don’t why.”

After Fallon complimented her for her voice in the movie Trolls, Kendrick went on to clarify that she’s always been a longtime fan of the Twilight movies (even appeared in a few of them) and has actually shown her impression of Kristen Stewart to the Twilight star herself.

“She was like, ‘yeah, I do that with my mouth,’” Kendrick claimed. She then explained the plot of Pitch Perfect 3 while impersonating Kristen Stewart, much to the delight of the studio audience. She kept the entire impersonation while explaining what the Pitch Perfect Bellas were up to in their new movie.

Kendrick also appeared on the 2016 Halloween edition of the Tonight Show alongside John Lithgow. The group read spooky campfire stories written by kids under the age of 10-years-old.

“I heard a knock on the door, nobody was there,” Fallon said during his story, “The Anonymous Man.” “I was so scared, my underwear almost came off.” The story was about a man who never shows up, but could be in your house creepily right now.

Then Kendrick told a story about a hungry ghost boy who doesn’t get any Halloween candy because he’s a ghost, called “The Hungry Ghost.”

“He got so sad and hungry that he went to McDonald’s and got a cheeseburger and even a milkshake because his mom said he could have one,” she read. Lithgow’s story was called “Ghost Boy,” which was about how a ghost turns a boy into a ghost boy, who then scares all the 4th graders at his school. Lithgow’s howls are truly bone chilling.

Then the three go and read a story about the origins of the classic Halloween tradition of wearing a basket on your head.

So it turns out that Kendrick is really great at reading scary stories as well as acting, singing, dancing, and doing a Kristen Stewart impression. Absolutely horrifying!

Editor’s note: This article was originally published on December 19, 2017.