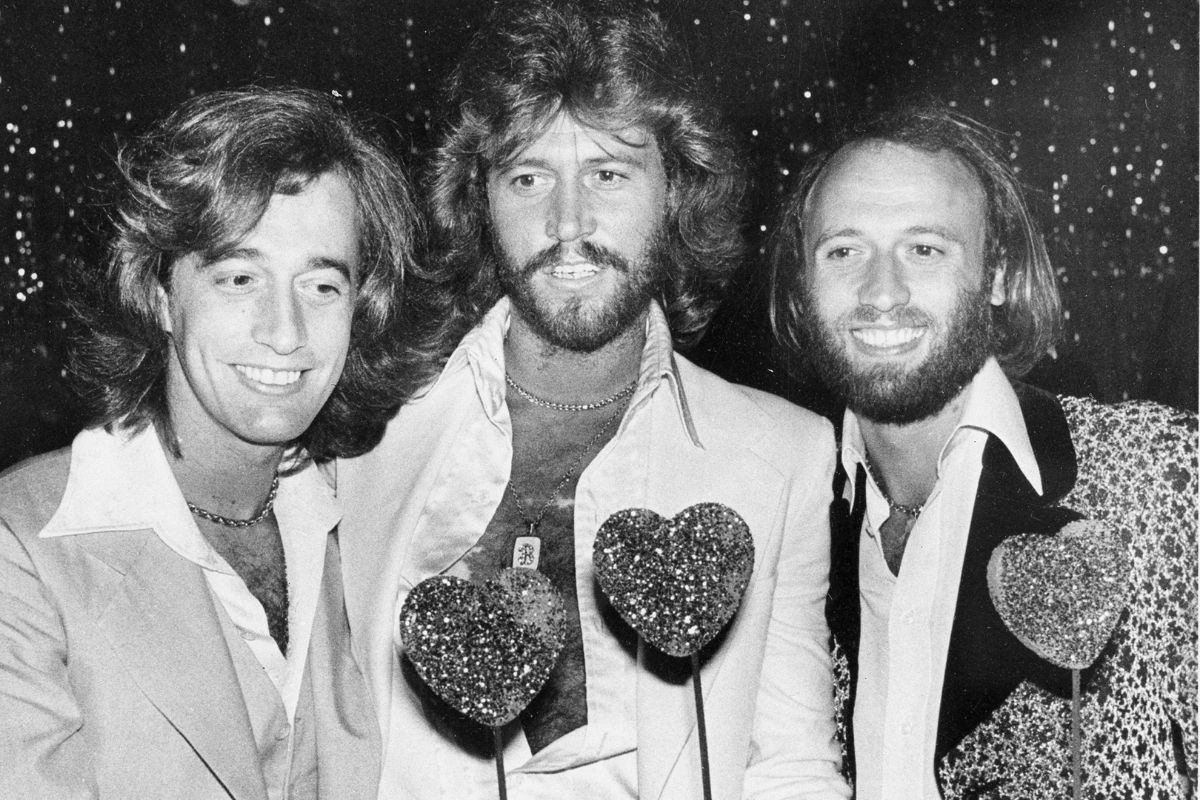 Known for bubbly disco and pop rock hits like “Stayin’ Alive” and “How Deep Is Your Love?”, The Bee Gees aren’t the kind of band you’d expect to perform a folk song — especially not one protesting the Vietnam war and advocating for civil rights. But in 1963, the trio of brothers performed Bob Dylan’s “Blowin’ in the Wind” on a TV show. At the time, the brothers Gibb were just teenagers: Barry Gibb was 17, and his twin brothers Robin Gibb and Maurice Gibb were 14.

This was back before The Bee Gees made it big in the United States. After forming their band back in 1958, the brothers had slowly but surely been growing their audience by giving live performances at public events and playing on TV in Australia. They wouldn’t release their first album until 1965.

In this early TV performance, the brothers sit on stools and sing as a band accompanies them offstage. Although the sound is entirely different, you can hear vocal harmonies similar to ones that would appear in their later Billboard-topping hits like “Too Much Heaven” and “Saturday Night Fever”, and “To Love Somebody”.

Bob Dylan’s “Blowin’ in the Wind”

“Blowin’ in the Wind” was the first major component of folk singer-songwriter Bob Dylan. Dylan first recorded the song in 1962 for his second studio album, The Freewheelin’ Bob Dylan. The protest song famously poses a series of rhetorical questions about peace, war, and Civil Rights, eventually concluding the answers are blowing in the wind”.

A legendary classic rock song, “Blowin’ in the Wind” was inducted into the Grammy Hall of Fame in 1999, and remains on Rolling Stone’s list of the 500 best songs of all time. Rolling Stone calls the piece the most famous protest song ever written.  Dylan himself was inducted into the Rock and Roll Hall of Fame along with greats like Paul McCartney and The Beatles, Michael Jackson, and Elvis Presley.

Watch: How Bruce Springsteen Helped “Bring Down the Berlin Wall” With This Performance