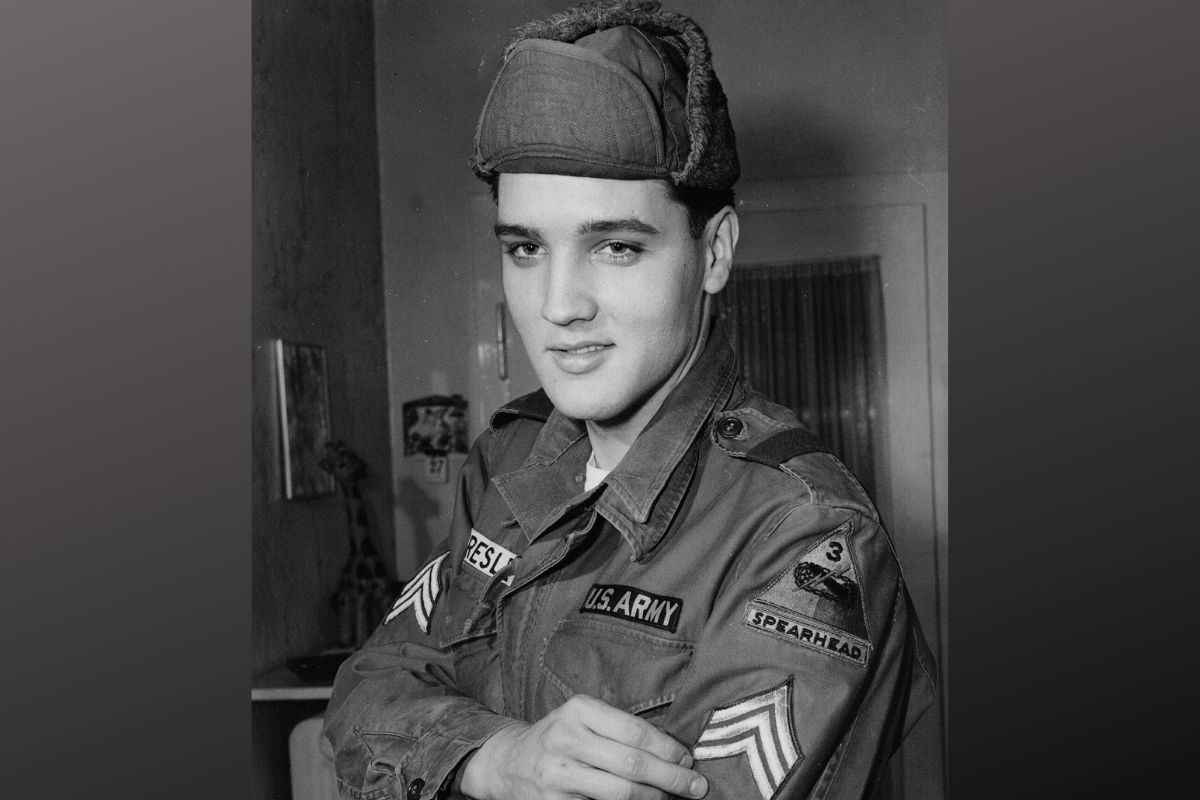 Elvis’ new song, “(You’re the) Devil in Disguise” debuted on the BBC TV show Juke Box Jury in 1963. Based on an American program, Juke Box Jury featured celebrity guests judging recent music releases. (This series was massively popular in Britain; it became a predecessor for shows like The Voice or The Masked Singer.) Guest judge John Lennon — who had been a devoted Elvis fan since “Heartbreak Hotel” — voted the song “a miss” and lamented that Elvis Presley was starting to sound “like Bing Crosby.” But the Beatle was dead wrong about the potential of “Devil in Disguise.”

The Beatles on Juke Box Jury

In 1963, Elvis was coasting at the height of his career. Upon returning from the army in 1960, he got to work on the “Elvis Is Back,” which included “It’s Now or Never,” and skyrocketed the King to the top of the charts — once again. In 1963 alone, Elvis filmed three movies, including Viva Las Vegas. Meanwhile the relationship with his latest flame Priscilla, future Mrs. Presley, was heating up as she turned 18 and moved to meet him in Memphis.

That year Elvis recorded 14 new singles at RCA studios in Nashville. These were intended to make up an album prominently featuring “(You’re the) Devil in Disguise,” but the collection was released individually, as singles, or as bonuses tacked onto Elvis’ many musical soundtrack albums. In 1990, this parcel of singles was finally released together, on CD, and titled For The Asking – The Lost Album. (Listen to the playlist here.) Just like there is no official album for those various Elvis tunes, there is no official music video for “Devil in Disguise” but you can hear the mastered audio below.

“(You’re the) Devil in Disguise”

The lyrics begin with three similes followed my a metaphor:

On Juke Box Jury, John Lennon made it clear that he disliked the obvious route. He said, “Well, you know, I used to go mad on Elvis, like all the groups, but not now. I don’t like this. And I hate songs with ‘walk’ and ‘talk’ in it – you know, those lyrics. She walks, she talks.” Although it’s a romantic fakeout — the beat immediately picks up with the subject’s devil side revealed — that wasn’t enough to win Lennon over. “And I don’t like the double beat,” he added. “Doom-cha, doom-cha, that bit. It’s awful. Poor ol’ Elvis.”

It’s true that all the angel talk was making Elvis sound a tad “Bing Crosby” as John Lennon so meanly put it. But his infamous bashing of “(You’re the) Devil in Disguise” would become a cultural touchstone in Elvis’ artistic metamorphasis. A transformation that was perhaps more on par with, say, Frank Sinatra than the Beatles, who were once Elvis’ peers in experimentation.

The Next Phase of Elvis

Following “(You’re the) Devil in Disguise” topping the singles charts, Elvis sound and look continued to change. As John Lennon had (correctly) noted a crooning shift in the artist back in 1963, Elvis later major hits of the decade included “Suspicious Minds” and “Memories.”

From there, it wasn’t long before this once cutting-edge rock ‘n’ roller fully transformed into the Eagle-suited Las Vegas fixture he eventually died as. He would continue to perform, and even embodied a full-force comeback with songs like “You Were Always on My Mind” and “In the Ghetto.” But years of prescription pill abuse took their toll on the performer, and he died from a drug-induced heart attack on August 16, 1977. His physical deterioration was clear, even in the films of his final concerts. Watch one below.

Elvis’ Final Performance in 1977: “Are You Lonesome Tonight?”