“Grey’s Anatomy”: Where Is The Original Cast Now? 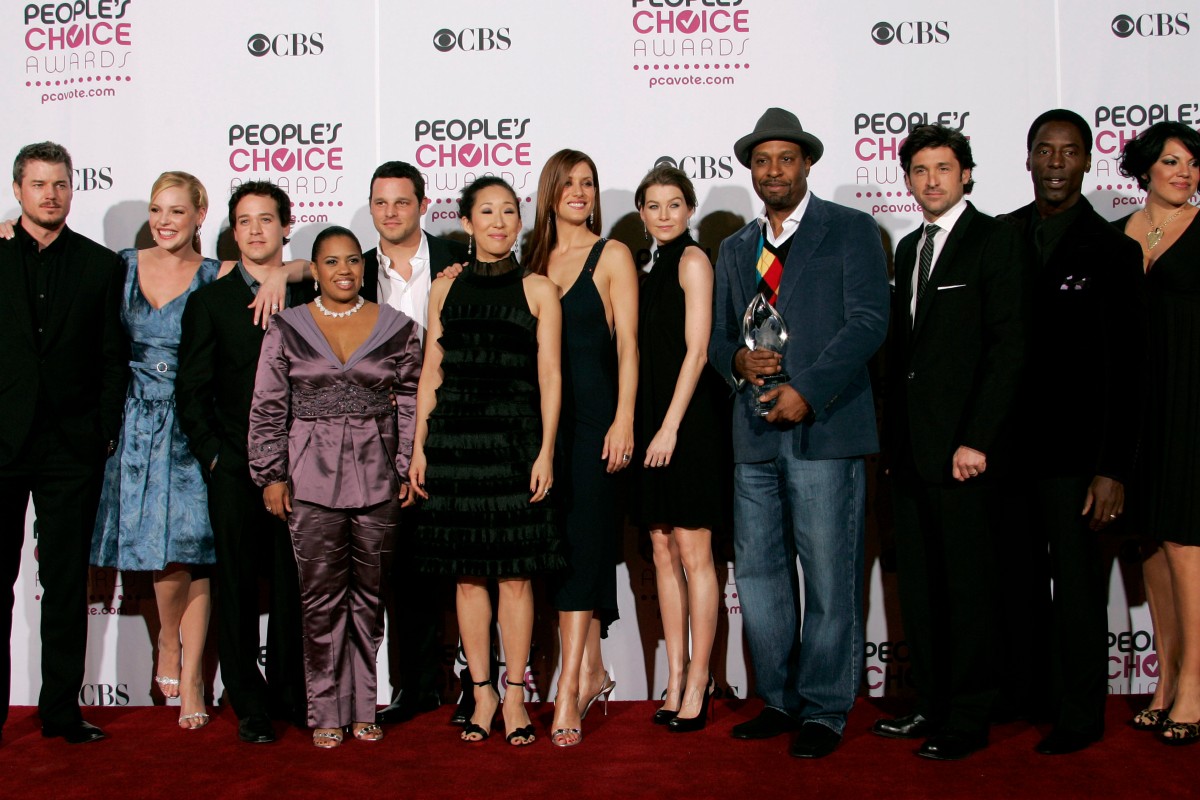 With the cast battling the COVID-19 pandemic in season 17, Grey’s Anatomy feels a permanent part of the cultural landscape: It’s hard to remember a time when it wasn’t on the air (or believe in a time it won’t be).

But in fact, the long-running ABC medical drama does have a birthdate: March 27, 2005. Since hitting the airwaves more than 15 years ago, Grey’s Anatomy captivated us with tales of the Grey Sloan Memorial Hospital (formerly Seattle Grace Hospital) and its cast. Over the years, we’ve said hello and goodbye to a stream of cast members. When Justin Chambers left Grey’s Anatomy in January, Dr. Meredith Grey (played by Ellen Pompeo), the show’s star character and namesake, officially became the only one of the original interns to remain on the TV series.

So what’s going on with the rest of her fellow interns? Here’s what the original Grey’s Anatomy cast members are up to today:

Isaiah Washington and his character, Preston Burke, was the first original cast member we said goodbye to. Following the season three finale, Preston Burke meets his end after abandoning his fiancé Cristina Yang (played by Sandra Oh) at the altar. In real life, Washington was fired from the show after getting in an argument with Patrick Dempsey. During the argument, Washington was alleged to have used a homophobic slur against fellow cast member T.R. Knight.

Washington would later return to the show in 2014 in the episode about Cristina Yang leaving the series. Since his work on the show, Washington has starred in the CW series “The 100” and continues acting in films. Last year, he ruffled some feathers when he announced he supported Donald Trump.

The much-loved George O’Malley (played by T.R. Knight) was written off the show in season five. After deciding to join the army, the character returns to the hospital seriously disfigured when it is too late to save him. Knight reportedly left the series because he felt he wasn’t getting enough screen time. Since then, the actor has appeared on a number of shows, including The Good Wife and The Catch. He married Patrick Leahy in 2013.

James Pickens Jr. has played surgeon Richard Webber since the show’s beginning. For a while, he served as chief of surgery at Seattle Grace. Other than a mysterious case of shaking hands on a recent episode, there have been no signs that Pickens Jr. and Webber will leave the show any time soon.

Sometimes referred to as “The Nazi”, Chandra Wilson’s character Miranda Bailey has been the firm-but-fair resident for as long as Grey’s Anatomy has been running. Wilson has remained on the show for all 17 seasons, despite a troubling heart attack in 2018.

Around the world, hearts were broken when Dr. Derek Shepherd (played by the dreamy Patrick Dempsey) was killed in a car crash after 11 seasons in 2015. Apparently, both Dempsey and the series creator Shonda Rhimes felt it was time for the actor to part ways with the show. After McDreamy was killed off the show, Dempsey has continued acting in movies like Bridget Jones’s Baby and shows like Devils.

Katherine Heigl played model-turned-surgeon Izzie Stevens until 2010. After winning an Emmy for her work in 2007, Heigel stirred controversy when she withdrew her name from Emmy consideration in 2008. According to The New York Times, Heigel says that she removed herself from the Emmy race because “I did not feel that I was given material this season to warrant an Emmy nomination“. After Stevens exited the show in 2010, Heigl went on to act in a number of Hollywood films, including Knocked Up, New Year’s Eve, and Fear of Rain. Look for her in the upcoming Netflix drama series Firefly Lane.

Sandra Oh’s character Dr. Cristina Yang left the show after 10 seasons, when her character accepted a role at a medical research facility in Zurich. The departure was reportedly amicable, with Oh saying that she simply felt ready to move on. After exiting the show in 2014, Oh went on to star in the BBC drama series Killing Eve. Her work as Eve Polastri earned her an Emmy in 2019.

Justin Chamber’s character, Alex Karev, underwent perhaps the most controversial exit of the show’s early cast members. After 15 years, Karev disappears without saying goodbye to anyone — including his wife, Jo Wilson (Camilla Luddington). Fans were so upset about his abrupt, insensitive goodbye that Ellen Pompeo felt compelled to comment on Instagram, saying “For me personally for Karev to go back to the beginning…. was the best possible storyline. It pays homage to those incredible first years and the incredible cast …that created a foundation so strong that the show is still standing.”

After 16 seasons, Justin Chambers and his character, Alex Karev, leave the show to take care of his sick mom. Chambers left amicably, explaining that he only wanted a chance to “diversify his acting roles and career choices“. Fans were most definitely not happy about him being the last original character to leave the show, leaving Ellen Pompeo as currently the only remaining original cast member.

Fans of Meredith Grey, rest assured: Ellen Pompeo’s contract has been extended through 2021. Last year, Pompeo was named as one of the highest-paid actresses in the world, with a salary of $22 million a year.