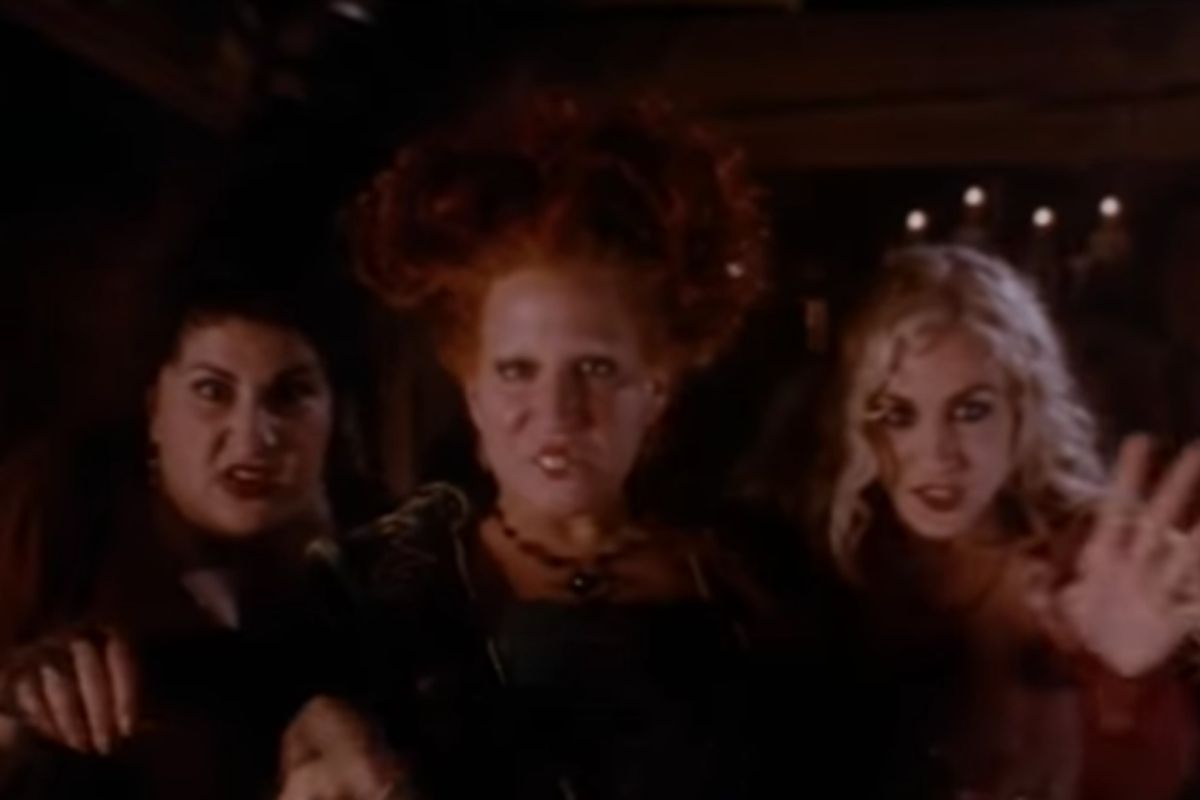 Your three favorite witches, the Sanderson sisters, are back this year for a Halloween classic reunion! Bette Midler, Sarah Jessica Parker, and Kathy Najimy are reuniting for a Hocus Pocus‘ cast appearance at a live, virtual fundraiser for the New York Restoration Project, and they’re invited the general public to tune in for “the hottest pandemic-safe Halloween event of the year.”

The New York Restoration Project (NYRP), was founded by Midler back in 1995 to create and transform New York City’s outdoor spaces. For only $10, Disney Halloween fans can attend this virtual reunion event called “In Search of the Sanderson Sisters: A Hocus Pocus Hulaween Takeover” on NYRP.org.

‘TIS TIME… to celebrate the first night of #31NightsOfHalloween with our founder—Winifred Sanderson herself—@BetteMidler ✨ Join @31nightsofhalloween and Bette on 10/1 at 9pm ET to live tweet #HocusPocus on @freeform to raise awareness for our environmental justice work! 💚

What’s crazy about this Hocus Pocus reunion is that it stems from how popular the movie has become over the years. But did you know that it actually didn’t do that great when it was initially released in theaters? Hilariously, the movie was actually released in theaters in July 1993 instead of during Halloween time, which makes sense why people may have not wanted to go and watch it. The Halloween release spot that year was actually for Tim Burton’s The Nightmare Before Christmas.

Nevertheless, Hocus Pocus became a cult classic and Midler has begged that a Hocus Pocus sequel be in the works again. She had told Entertainment Weekly back in 2019, ?Oh my goodness me. Oh, I hope they get to me before I?m a corpse. We wanna fly again. I hope Disney+ is a big success and I hope we get to do it, because [Winifred] is of course one of my favorite characters.”

And just like that, Hocus Pocus 2 was set to come out. But due to COVID-19/coronavirus pandemic, the movie’s production was halted until things get better. They hope to release the movie in June 2021 on Disney+. I guess they want to keep the tradition of releasing a Halloween movie during the summer going.

Watch: ?I Love Lucy? Fans Will Love These Lucy and Ricky Halloween Costumes