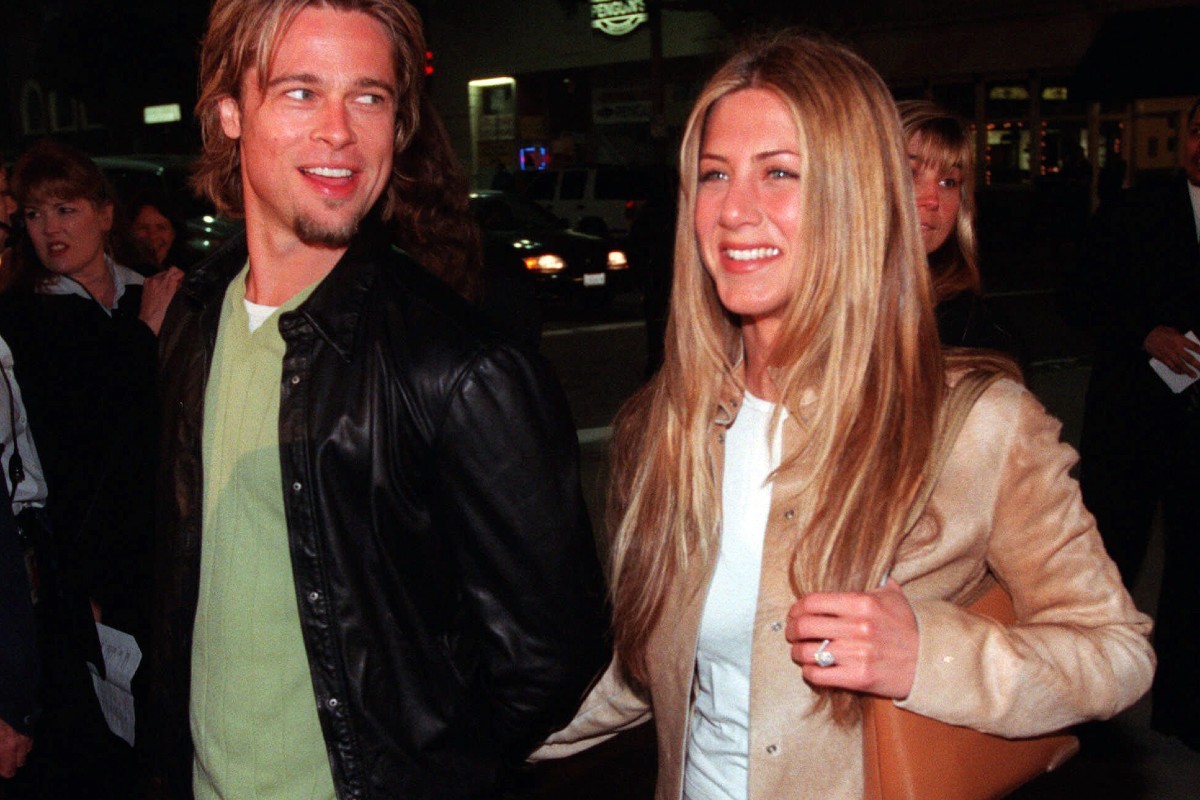 It wasn’t exactly a fairytale romance.

Still, you couldn’t deny that there was something magical about the way Brad Pitt and Jennifer Aniston bounced off each other. The magic was there when they first started dating in 1998, and it was still there more than 20 years later when they reunited (albeit virtually due to the Covid-19 pandemic) for a table reading of Fast Times at Ridgemont High.

The celeb-studded charity virtual table read was held to benefit Sean Penn’s nonprofit organization, Community Organized Relief Effort and Reform Alliance (CORE). It marked the first time Aniston and Pitt performed together in years. Acting alongside other celebs like Julia Roberts and Morgan Freeman, the former lovers flirted and acted out a sexual fantasy scene. The media had a field day. We want to believe that Brad and Jen will get back together. After all, they were Hollywood’s Golden Couple throughout the ’90s. But just how realistic is our dream of a Pitt-Aniston revival?

The two actors became fast friends in 1994 when Pitt was dating Gwyneth Paltrow. After Pitt and Paltrow broke up, their managers set them up on their first date in 1998. The duo made their first public appearance as a couple at the Emmy Awards in 1999. That same year, they announced their engagement while at a Sting concert in New York.

In 2000, the actors were married in Malibu, California. There was a gospel choice. There were fireworks. Everything was right in the universe. But maybe — just maybe — Aniston knew things weren’t as picture-perfect as they seemed. In an interview with W Magazine, she responded to a question about how it felt to find the love of her life, Brad Pitt, with hesitancy.

The beginning of the end came when Pitt started working on Mr. and Mrs. Smith with costar Angelina Jolie. It wasn’t long before rumors that the two were having an affair began swirling. But despite the circumstances, there was no animosity between Aniston and Pitt in their separation. In 2005, the exes released a statement saying they had initiated a divorce.

“For those who follow these sorts of things, we would like to explain that our separation is not the result of any of the speculation reported by the tabloid media,” they wrote. “This decision is the result of much thoughtful consideration. We happily remain committed and caring friends with great love and admiration for one another.”

10 years later, Pitt and Jolie were married in France. The following year, Aniston married actor Justin Theroux. Pitt and Jolie would go on to share six kids (three of whom were adopted) with total Hollywood names: Maddox, Pax, Zahara, Shiloh, and twins Vivienne and Knox. When Jolie filed for divorce from Pitt in 2016, she petitioned for primary custody of the kids. Aniston’s marriage to Theroux was also not meant to be long-lasting. The couple made the “mutual and loving” decision to divorce in 2018.

So Are Brad And Jen Getting Back Together?

In the years following their divorces, fans have eagerly scrutinized Aniston and Pitt’s interactions, looking for a sign that the couple could be reunited. Recently, Pitt joined Aniston at her 50th birthday party at Sunset Tower Hotel in Los Angeles, California. Earlier this year, the actors both attended the 77th annual Golden Globes. On the red carpet, Pitt referred to Aniston as a “good friend“.

And finally — before the COVID-19 pandemic struck — the duo were spotted backstage together at the 26th annual Screen Actors Guild Awards. Both had won SAG awards, and it appeared like they were congratulating each other. Despite the multiple reunions and flirty moments, Aniston and Pitt both seem to be in agreement: they are good friends, and that’s it. Still, Pitt just broke up with his girlfriend, supermodel Nicole Poturalski, and Aniston is reportedly single — so who knows?

Watch: Could Jack Have Fit On the Titanic Door?