How Much Do ‘Judge Judy’ Guest Stars Get Paid? 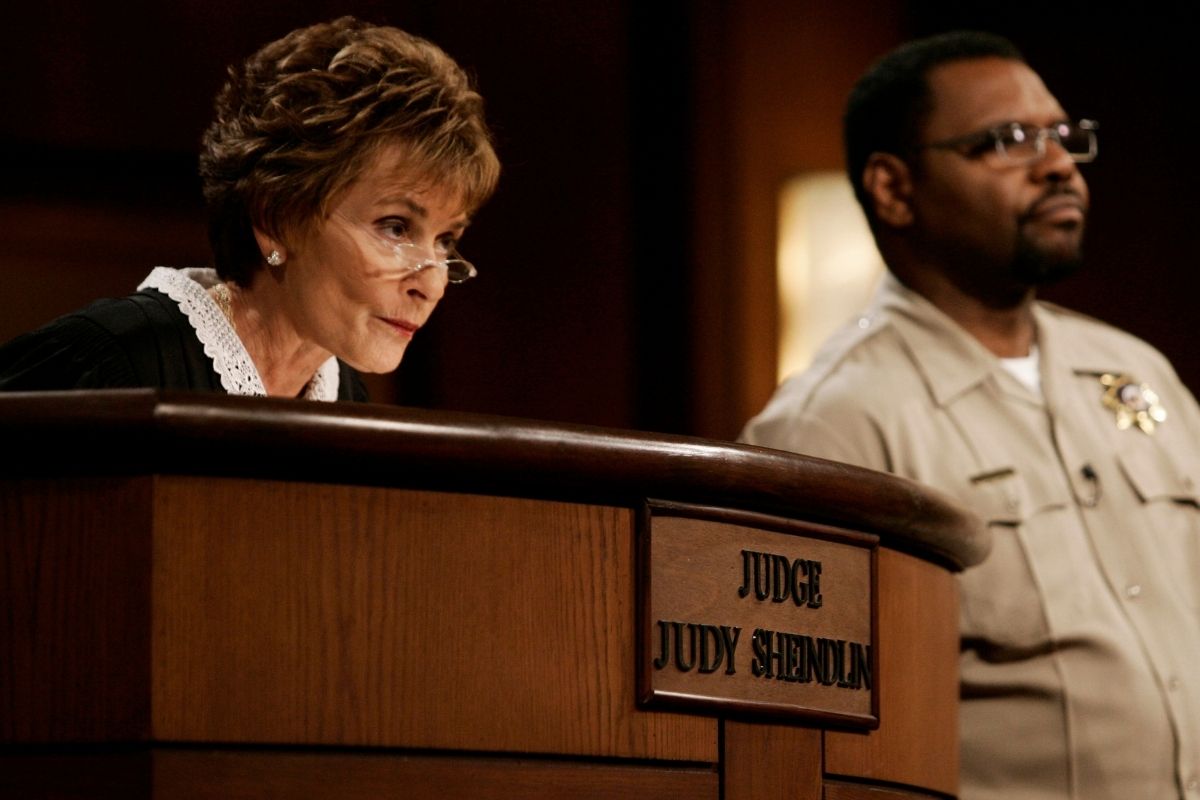 Judge Judy is a daytime television institution. Who hasn’t faked sick to stay home and binge on the CBS block of reality courtroom dramas? (No? Just me?) Raised in Brooklyn, Judge Judith Sheindlin prides herself on cutting through the BS. She presides over her TV court with a sharp, no-nonsense attitude that has kept viewers coming back for 25 seasons.

And it’s no wonder that Judge Judy, who is 78 years old, has kept at it; earning $47 million per year, Judy Sheindlin is shockingly TV’s highest paid star! (She owns homes in Naples, Florida, Connecticut, Beverly Hills, and New York City — and travels between the properties on her own private jet.) Forbes lists the TV host’s total net worth as $440 million. But what kind of compensation do her distressed guests earn?

Following the syndication success People’s Court (on which Judy Sheindlin’s husband Jerry Sheindlin was a presiding judge), Judy Sheindlin, a retired Manhattan family court judge, knew she could perfect the courtroom show formula. Through the People’s Court production company, she got to work on a new show and Judge Judy premiered on CBS in 1996. It immediately garnered high ratings.

The premise was simple: a main case introduced in every episode, the details of which are sensationalized and teased to spike viewer interest. Voice-over artist Jerry Bishop (who was the Judge Judy announcer from its second season up until his death in 2020) delivers the key information about which party is seeking damages, etc. Imitating the format of small claims court, Judy Sheindlin provides an immediate verdict to her guests’ various, personal cases in front of a live audience. Also emulating an official court, Judy insists that litigants take their proceedings seriously. This means not interrupting one another and maintaining eye contact with her honor.

So, is it real? As it’s stated at the start of every episode, “The cases are real. The people are real. The rulings are final.” But how does that factor into the litigious ruling? That answer lies in the compensation for the guest stars themselves.

How Much Judge Judy Guests Get Paid

It was revealed in March 2020 that Judge Judy herself makes a whopping $900,000 (roughly) per episode. But what about the litigants who air out their dirty laundry on national television?

Regardless of Judge Judy’s ruling, both parties seem to come out ahead. The show pays for the rewarded arbitration, which is capped at $5,000, along with all the litigants’ travel expenses (including hotel stay). Since Judge Judy tapings are in Los Angeles, California, that equals a free Hollywood vacation – even for the loser – and up to $5,000 more for the injured party. The defendant is not even legally responsible to pay the plaintiff themselves! Additionally, extra appearance fees for guests, ranging from $100 to $500, have been reported over the years.

It might not seem worth humiliating yourself on air, or getting totally eviscerated by the tough New York judge, but there are 25 years’ worth of litigants who eagerly accepted the arrangement. But no matter which way you look at it, the guest compensation pales in comparison to the Judy Sheindlin’s unbelievable payday.

The End of Judge Judy

It was announced in March 2020 that this 25th season of Judge Judy would be the last. It’s an emotiinoalal farwell for a television show that’s lasted a quarter-century, earning the opinionated Judge Judy Sheindlin fame, fortune, and three Emmy awards. However, there is no doubt that reruns of the addictive program will appear through syndication long after this supervising judge has retired from the stand. In the meantime fans can check out the Judge Judy daytime TV spin-off, Hot Bench, or read her book, the title of which channel’s Judy’s outspoken attitude: Don’t Pee on My Leg and Tell Me It’s Raining. More recently, Judy Sheindlin has announced the upcoming Judy Justice, a new courtroom show which will air on Amazon.

Watch: Family Court Judge Accused of Having Drunken Threesomes in Her Office Gets Fired