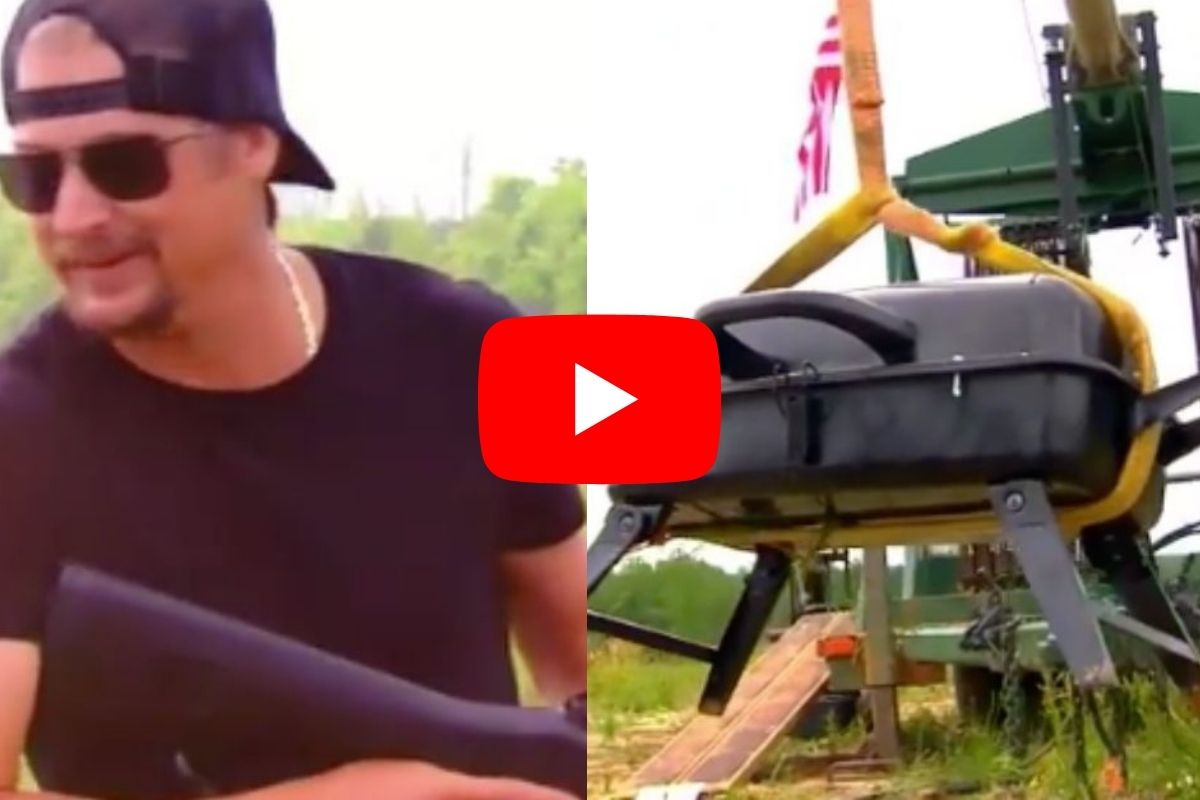 You’ve got to hand it to Kid Rock; the Detroit rocker really knows how to make a ruckus. And he did just that back in 2017, when he was featured in an Instagram video for his brand-new line of American-made charcoal grills called American Badass Grills. With a huge gun in his hands, Kid looked as if he was in the mood to let his aggression out a bit.

And boy, did he definitely let out his aggression.

?You know what?s America?? the video host asks. ?Catapulting foreign-made grills into the sky and shooting them down because they stink. If it?s not made in America like the Kid Rock’s American Badass Grill, you don?t want it. This is for all you hardworking American badasses.?

“For All You Hardworking American Badasses”

“In Your Face, China”

Soon after, the poor grill is strapped in and catapulted into the sky, only to be immediately shot down by Kid Rock himself. I have to say, this definitely took grilling in your back yard to the next level. And the video also couldn’t be more “USA” than to quite literally catapult a grill into the sky, just to shoot it down with a shotgun. Suddenly, grilling season is all year round.

?This is what we think of made in China,? Kid Rock exclaimed to the camera. ?In your face, China.?

?I?m not gonna lie. It is more expensive to make things in America,? Kid Rock says in a press release about his brand of grills. ?But it?s important to me. I love America, and I want to do all I can to create manufacturing jobs at home.?

Sadly you can’t necessarily grill your 12 hamburgers in this rockstar’s brand of grills anymore… shockingly, his business venture did not work out. The grills’ website doesn’t work anymore. Trust me, I tried. And I don’t even know how to grill. But that video is still the epitome of the “American badass.”

Editor’s note: This article was originally published on March 10, 2017.