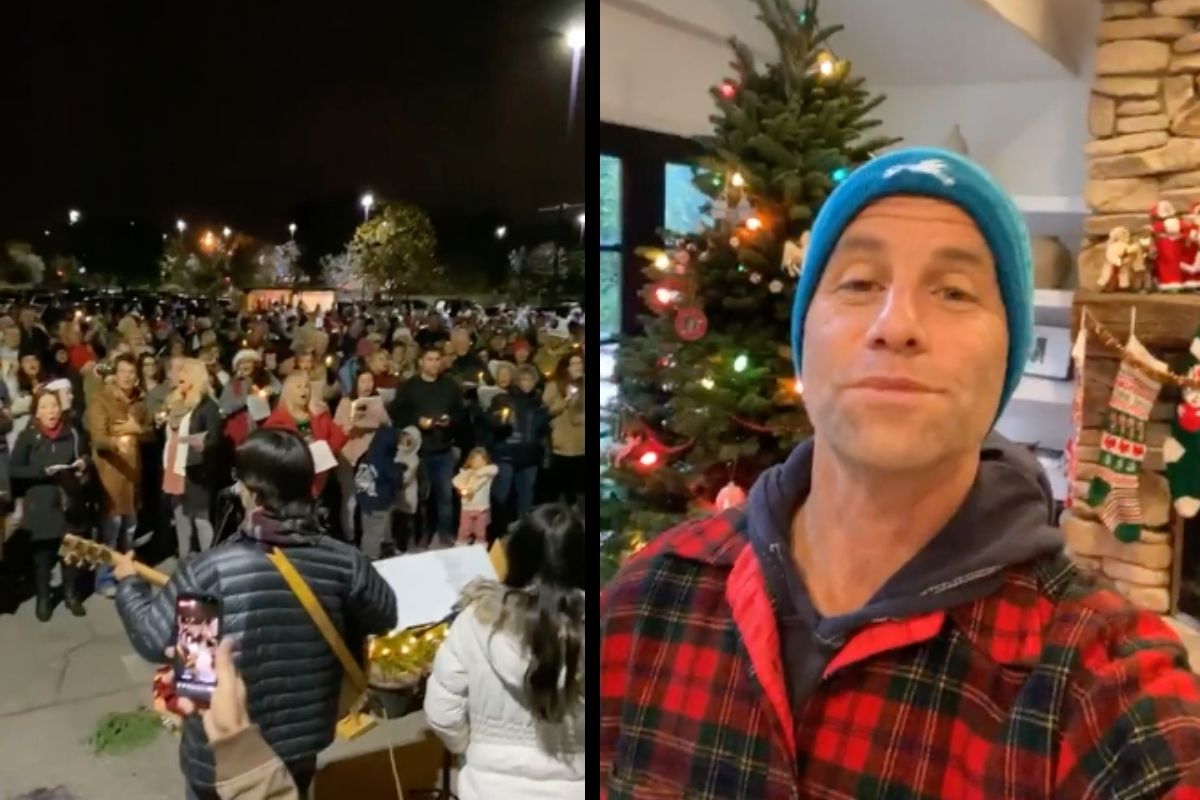 The holidays are upon us, and people doing crazy things because of COVID-19, still have not decreased. Actor-turned-evangelist Kirk Cameron, Full House and Fuller House actress Candace Cameron Bure’s older brother and husband of Chelsea Noble, hosted his second caroling protesting event yet in The Oaks mall in Thousand Oaks, California, as a “peaceful protest” in wanting to celebrate “God-given liberties.”

Cameron, best known for his role as Mike Seaver in the ABC sitcom Growing Pains, Buck Williams in the Left Behind Trilogy, and as Caleb Holt in Fireproof, held his second caroling event near Los Angeles, where he has been an active evangelist Christian with a ministry. The first caroling event was held at a Ventura County mall, but both events have received huge backlash for the massive gatherings despite the rising coronavirus surge in the United States.

After the first event, Cameron said on social media in an Instagram post, “People had such a great time. It lifted our spirits. Over 500 people gathered,” but the controversy lies in videos of both caroling events, showing the masses of people gathering with very few wearing face masks or practicing social distancing. He also had said, “Let your voice be heard at this peaceful protest praising the Prince of Peace.”

Thousand Oaks Mayor Claudia Bill-de la Pena said in a response, “Liberty and freedom are very fragile and they come with great responsibility. Continuing to hold large gatherings and ignoring all guidelines, I feel, is unchristian.”

It doesn’t help that hospitals in most parts of Southern California are running out of room and staff to handle the new rise of COVID-19 patients, especially in the intensive-care units (ICU). Although Cameron believes he’s “saving Christmas” with these events, officials have also said that such events can serve as “super spreaders” infecting large numbers of people in a short amount of time, then causing a ripple effect in infecting others before anyone’s even aware that they have contracted the virus.

Officials from The Oaks mall called the event “irresponsible,” explaining that they did not authorize the event and have requested that it be moved, saying, “The event occurring at The Oaks at this moment is a non-sanctioned event. We continue to share our community’s concerns over these irresponsible – yet constitutionally protected – events and have law enforcement on property. We reached out to the organizer to ask that the event be moved.”

County officials have also expressed the urgency in dealing with the coronavirus by saying in their recent update, “Our heroes wear masks! Shout out to the first responders in the ICU working 24/7 to serve our community. Thank you, Ventura County, for helping them out by masking up, social distancing and not gathering during this critical time. Let’s save lives and save businesses by bringing down the numbers.”

Watch: Candace Cameron Bure Says Sex Should be ‘Celebrated as a Christian’