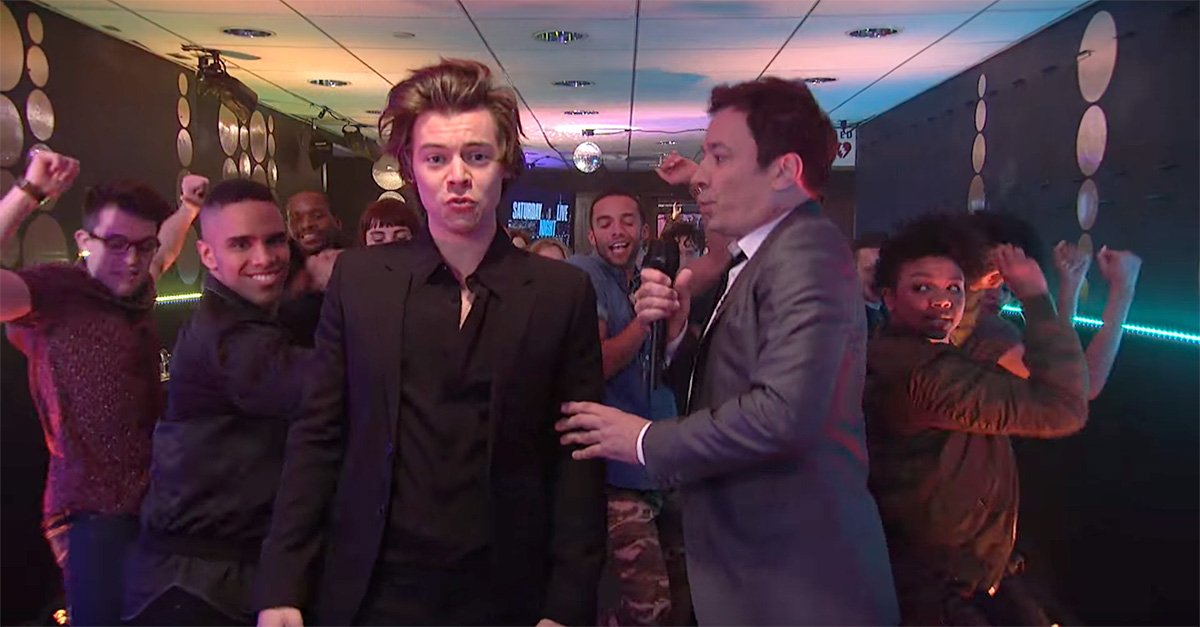 To watch Jimmy Fallon return to his old stomping grounds to host NBC’s Saturday Night Live is kind of a roller coaster from moment to moment. Take his appearance in the show?s cold open, not saying a word and doing some hilarious work. This specific opening monologue though, was something new.

Much was made of the fact that this episode was the first episode in SNL history ever to air live coast to coast across the country. And that?s the only logical reason why the traditional monologue was replaced with what seems like rejected number from a musical version of The Wedding Singer. Fallon began on his mark and said, ?Tonight is bigger than a show? with a knowing smirk.

The drums started and onto the stage strolled none other than Nile Rodgers, legendary guitarist and producer, to lead the band into a song he worked on with David Bowie, called ?Let?s Dance.? The Tonight Show host calls across the country from San Francisco to New York City in opening the episode.

Even stranger was the inclusion of the ?audience? seated on the floor, maybe the first time that whole section of the studio had planted performers, even though none of them were cast members. Fallon did a loop around the studio, running into the night?s musical guest Harry Styles from famous boy band One Direction along the way, before landing back on the stage, dance troupe in tow, to begin what is deemed the “Jimmy Fallon Let’s Dance monologue.”

A dance party nonetheless, I can’t help but wonder how long it took them to put this together. I get that these dancers and performers are all professionals, but I would feel pretty accomplished after completing one of these numbers. Not to mention the entire hour’s worth of skits and sketches to come. You really got it hand it to the entertainment industry sometimes.

Editor’s note: This article was originally published on April 16, 2017.

Watch: ?Saturday Night Live? Shows Just How Hard it is to Be a ?Girl at a Bar?