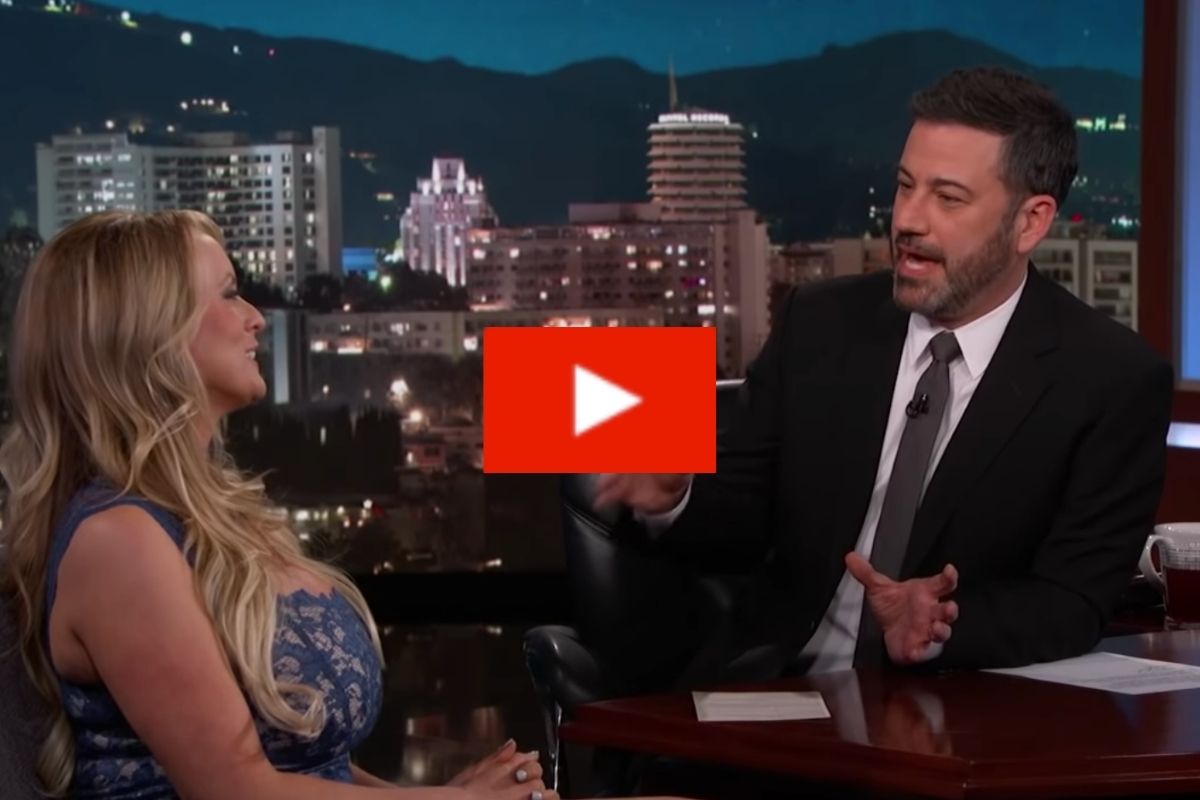 Daniels dropped something of a bombshell, releasing a full disclosure statement in which she denied ever having an affair with Trump, reports the Washington Post. Of course, that denial contradicts her own 2011 interview with In Touch, in which she claimed, in quite detailed and spectacular fashion, that she had engaged in a sexual relationship with Trump.

The statement read, in part, according to the Post:

The fact of the matter is that each party to this alleged affair denied its existence in 2006, 2011, 2016, 2017 and now again in 2018. I am not denying the affair because I was paid “hush money,” as has been reported in overseas owned tabloids. I am denying this affair because it never happened.
I will have no further comment on this matter.

That couldn’t have made the producers of ABC’s “Jimmy Kimmel Live!” very excited. Their guest had just put a gag order on herself. Throughout Kimmel’s questioning on her alleged affair with Trump, Daniels more or less locked her lips, which didn’t exactly make for riveting TV. Kimmel read her statement aloud and then asked Daniels if she had indeed signed it. Daniels jumped right into evasive mode: ?I don?t know. Did I?? she said. ?That does not look like my signature, does it??

When Kimmel asked if she was under a non-disclosure agreement, as reported by the Wall Street Journal, which also reported that Trump?s attorney arranged a $130,000 payment to Daniels before the 2016 election in exchange for her zipped lips, she cagily answered: ?Do I??

Kimmel then suggested that if Daniels were under an NDA, then she could probably answer definitively that she wasn’t. Daniels rewarded Kimmel for his skills of deduction.?You?re so smart, Jimmy,? Daniels said. The rest of the interview was just as awkward. Daniels said her the transcript of her interview in In Touch was not accurate “as it is written.” Then she said she hasn’t read the whole thing: ?I?m too scared to look at it.”

Kimmel went through the laundry list of lurid statements from the In Touch interview, asking Daniels if they were true. “Define true,” she cleverly shot back to Kimmel. All-in-all, nothing was learned, and little was gained. Such will likely be the case when Daniels makes her scheduled appearance on “The View” on Thursday.

Editor’s note: This article was originally published on January 31, 2018.

Watch: Things Got Heated on ?The View? When S.E. Cupp Compared Stormy Daniels to Monica Lewinsky