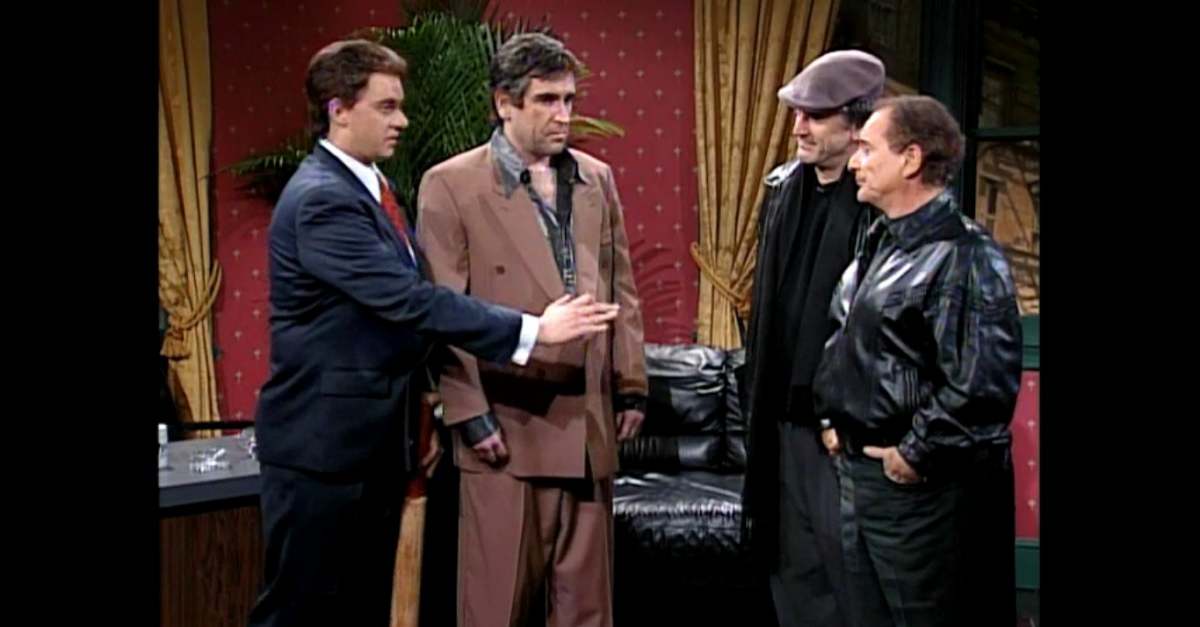 It’s all fun and games on NBC’s SNL, until the people the cast members are teasing suddenly make an appearance during a skit. Especially when they have a ton of award-winning experience playing mobsters. We head back to the 1997 episode of Saturday Night Live, with Jim Breuer doing an impersonation of a talk show called “The Joe Pesci Show.” There isn’t a more classic twist for tv shows during that time than the actual Joe Pesci and Robert De Niro showing up.

Joe Pesci and Robert De Niro are a classic team, still working as co-actors today. Although they hadn’t filmed together in years, they recently teamed up for Martin Scorsese’s ten-time Academy Award nominated movie, the Irishman. The movie features Al Pacino as Jimmy Hoffa, a mobster whose confidant is another mobster hitman named Frank Sheeran, played by De Niro. Joe Pesci plays another mobster, Russell Bufalino, and was actually Oscar-nominated along with De Niro for their roles in this movie.

But this isn’t the first time the pair has played mobsters in a movie. Back in 1990, they starred in another Martin Scorsese film with Ray Liotta called the Goodfellas. Apparently their roles were so natural, Scorsese encouraged ad-libbing throughout filming, allowing the actors to own their roles by giving them more freedom. Again, maybe pissing off actors who can naturally play mobsters and gangsters isn’t such a good idea.

We can all learn a couple of lessons here. Be careful with your impersonations of actors who are crazy good at playing mobsters, but also, if you want to learn the proper technique of hitting someone with a baseball bat, take it from these same guys.

Editor’s note: This article was originally published on April 13, 2016.

Watch: SNL Cast Members Can’t Keep a Straight Face in Both These Skits