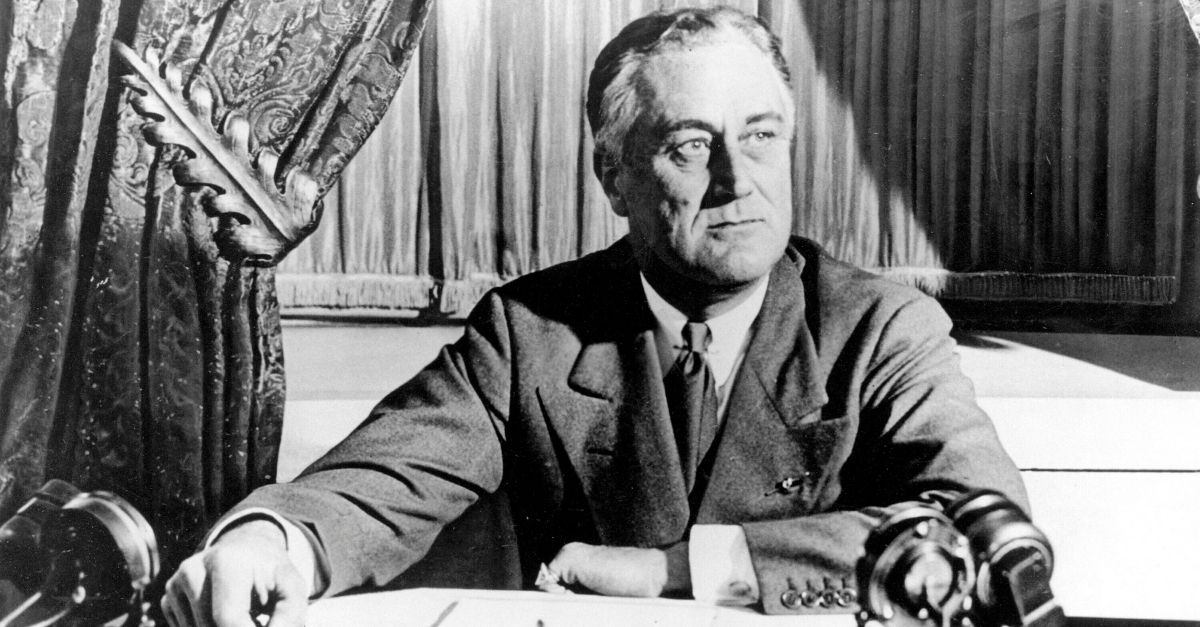 Sex scandals are really only a thing when people care about the people involved. Because obviously, sex is normal part of life, but the scandalous part comes from the parties involved. Affairs and forbidden lovers always seem to entice the public, and Eleanor Herman couldn’t have written a more enticingly spicy book, full of juicy truths surrounding sex with presidents. And yes, I mean the presidents of our country, the United States of America.

Herman is the author of Sex with Presidents: the Ins and Outs of Love and Lust, and the new book explores “the lesser-known sex scandals involving America’s presidents and what they suggest about male leadership in the White House.” Herman told PEOPLE Magazine, “Most men who think they should be in charge of this country have a lot of ego to begin with, they’re narcissists,” and added, “There appears to be little difference between the thrills of seeking pubic power, with crowds of adoring fans, to seeking pubic power, with an adoring audience of one. The same compulsions that send a man hurtling toward the White House can also send him into a foolhardy tryst with a woman.”

Honestly, what’s juicier than a politician’s sex life? The provocative questions, the rampant adultery, and the illicit sex scandals that hide behind the Oval Office are all leaders’ affairs that become fascinating work of popular history. The eye-opening book goes into details about presidential sex scandals, exposing sexual escapades and other leaders’ sex scandals that can still even be more shocking than the country’s highest office getting caught blackmailing prostitutes.

The political complexity of the topic is only complicated because suddenly sexual misdoings and steamy affairs were dismissed when it came to our nation’s capital because I guess there are more pressing matters when running a country than who you’re in the bedroom with. As if exposing the American culture and out nation’s leaders couldn’t get anymore interesting, here are a few bedroom secrets of American presidents that you may not have known.

After losing his wife, Wilson had a secret alleged girlfriend, Mary Peck. But then, he remarried a year later to another woman, named Edith Galt, a friend of his cousin. In a love letter before their wedding, he described her as his “perfect playmate” and signed all of his letters with the nickname “Tiger.”

Harding loved to party with prostitutes and get wasted, even though the Prohibition was ongoing. Not only did he have sexual affairs with the wife of the head of a department store in Ohio and a secretary who shares a daughter with him, he also was around while a prostitute was hit on the head with a bottle of champagne. While her friends were trying to revive the young woman, Harding left with his Secret Service agents to escape the madness.

Roosevelt was married to the famous Eleanor Roosevelt, but had a sexual affair with her secretary Lucy Page Mercer Rutherfurd. After that affair, he also started a new one with Marguerite Alice “Missy” LeHand. Apparently, he never attempted to conceal his feelings for either and basically just did what he wanted.

In order to sneak women into the Oval Office without his wife, Lady Bird, finding out, he created a buzzer system. His Secret Service agents were to buzz him whenever the first lady was on her way back to office. He was shameless flirt who “only wanted to hire women with ‘good behinds’ so he could ‘enjoy’ their rear ends as they left his office,” according to Herman.

Now despite throwing these dudes under the bus, Herman does believe that voters shouldn’t really consider a candidate’s sexual history when it comes to elections. It’s such an interesting take especially since there are surprising ways voters choose as reasons for their picks. And it’s applicable to today. I mean, John F. Kennedy was rumored to have a one night stand with Princess Diana and there’s all that chaos surrounding President Donald Trump.

It would be interesting to see the first female president taking the office and if she would have any of these kinds of affairs. There might be something about a powerful man that causes all this madness, even if immediate consequences aren’t served. At the end of the day, we can appreciate this detailed history that exposes our nation’s leaders. We all know that it’s better than reading about the sexcapades of the average joe.

Watch: Factory Busted for Recycling Hundreds of Thousands of Used Condoms for Resale