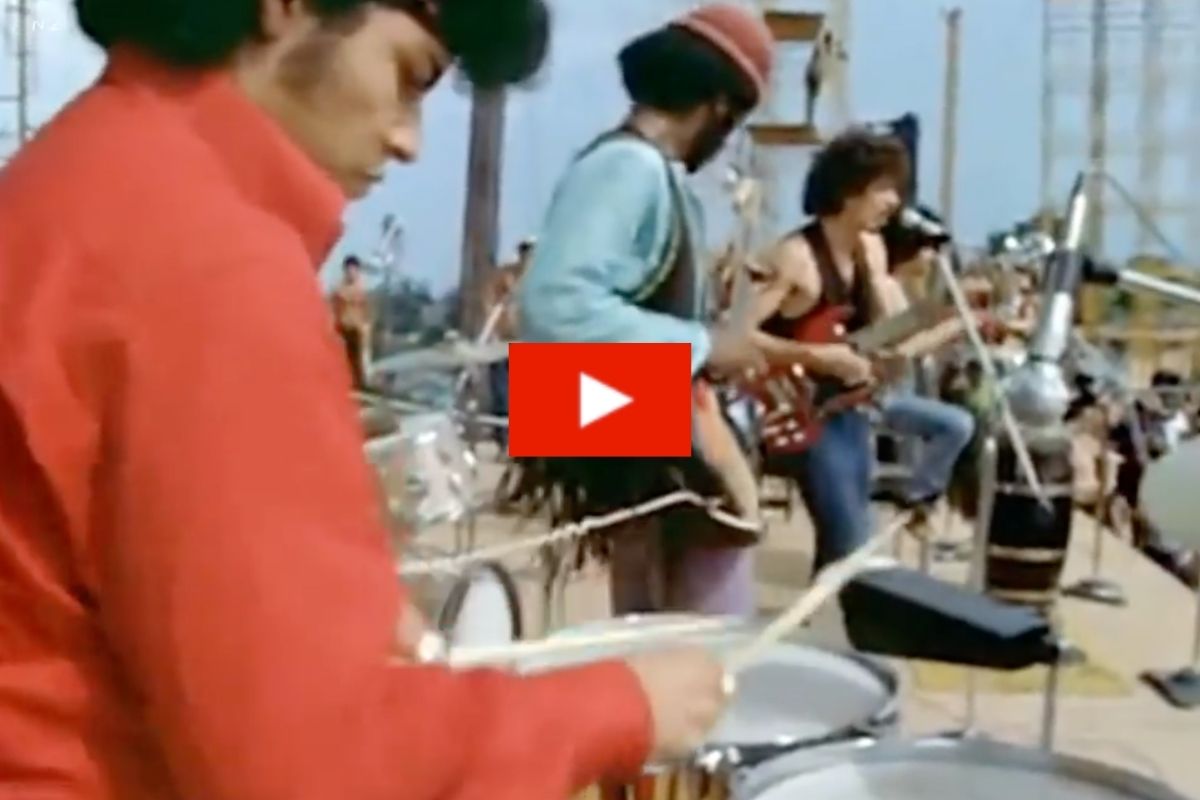 It’s crazy to realize that as classic and iconic as the American rock group Santana is in music history, they were actually largely unknown until they played at the legendary 1969 Woodstock festival. With Carlos Santana on guitar, Gregg Rolie on keyboard, David Brown on bass, Michael Shrieve on drums, and Michael Carabello and Jose Areas on percussion, the group played a 45-minute set at Woodstock 1969, going down in history as one of the more incredible performances at the festival.

“Soul Sacrifice” by Santana at Woodstock 1969:

Their song, “Soul Sacrifice” is an epic, percussion-heavy instrumental that you can see that they feel in their bones as they perform it in front of multitudes of people. Clearly feeling the effects of psychedelics, as told by Santana, by the time they ended their set with “Soul Sacrifice,” they “had come back from a pretty intense journey. Ultimately [they] felt [they] had plugged in to a whole lot of hearts at Woodstock.”

Each member of the group had their moment to shine, as they let loose and let the music flow through their veins and out onto their respective instruments. The extended riff by guitarist Carlos Santana and the drum solo by drummer Michael Shrieve are key parts that make the song originally recognizable. And this performance is what made the young band take off into their long, legendary music careers.

The band also played “Waiting,” “Evil Ways,” “You Just Don’t Care,” “Savor,” “Jingo,” “Persuasion,” and “Fried Neck Bones and Some Home Fries,” before ending with “Soul Sacrifice.” The iconic song was also the final track of their debut album, Santana, which was also released in 1969. Carlos Santana remembers that the group wrote “Soul Sacrifice” when their bassist David Brown joined, and it’s actually one of their earliest compositions.

Their Woodstock versions, along with an alternate take, were actually included in their 2004 25th anniversary of Santana. And the Woodstock soundtrack album took the number one spot on the Billboard Top LPs album chart, made possible by their Woodstock performance of “Soul Sacrifice.” Music festivals are most definitely magical, and there’s no doubt that Santana made their mark on music history.